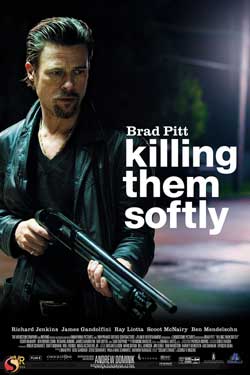 “Killing Them Softly” is a 2012 crime thriller directed by Andrew Dominik. The film features a handful of gangster regulars who add a firm helping of action and mob-style tactics “to and during” the current 2012 election cycle. In fact, the film begins with a billboard of Barack Obama who makes appearances through-out the film per TV telecasts. With at said, I wouldn’t say the film compliments his run, with speeches that are contradictive to the economy and way things are being done in this town. This sets the tone for this stylish crime drama that does away with some of the sexiness that films like “Good Fellas” and others present. Instead we find those on the street and within the “system” of this local New Orleans crime community that are doing what they “do” under the thumb of a strained economy. 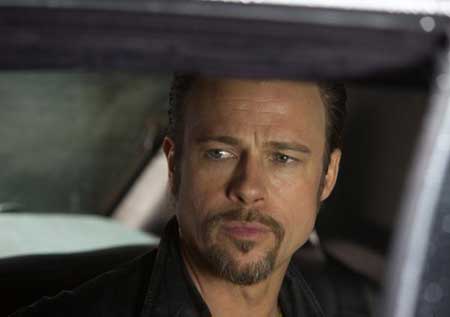 The town caters to certain “under the radar” card games that join the mobsters in an exchange of good times AND a chance to make some money. These off radar games are what fuels the economy for these shady street thugs while still keeping things in order. As a card game in progress finds itself held up, many are robbed of their on hand cash putting stress on the local situation. We find early on that the card session hosted by Markie Trattman (Ray Liotta) was a inside job set up robbery that he orchestrated (but later admitted to years later). Trattman who is well liked by the community is mentally given a free pass but is also a prime suspect when this incident occurs again (years later) during another one of his poker games. 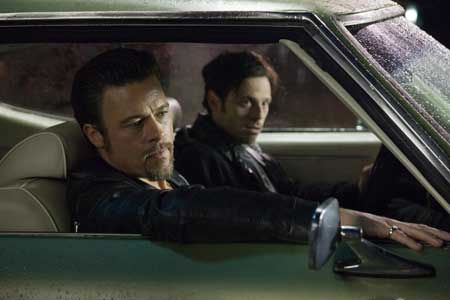 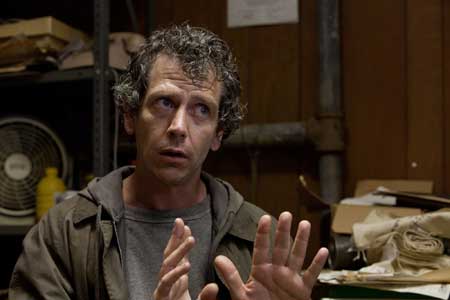 We are narrated much of this within the first act of the film so that 3 amateurs can use the information to plan another stickup. The players include Frankie (Scoot McNairy), Russell (Ben Mendelsohn) and their ring leader, Johnny “Squirrel” Amato (Vincent Curatola). They figure, that they can walk away easily and let Trattman take the rap as a repeat offender. Things get hairy but are not always so cut and dry in the crime business.

We are soon in the acquaintance of Jackie Cogan (Brad Pitt), a hitman for the mafia who is brought in to investigate and execute the ones behind the hit. He is met with driver and liaison (Richard Jenkins) who acts as a go between with the mafia. The local mobsters want answers and payback. They also have focused on Markie as being their primary suspect. 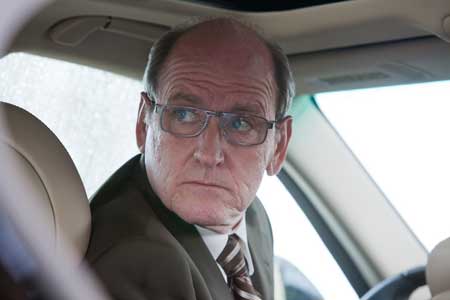 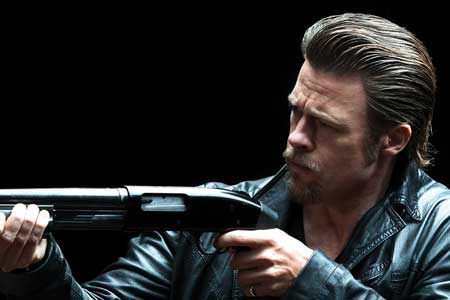 The film continues on with the trend of gun blasts to the face, backstabbing, and executions that go with the territory of these mafia thrillers. What differs here is that “Killing Them Softly” also tends to occasionally delve into dark comedy and a script that “feels” strangely different than others of this sort.

Actor Brad Pitt contradicts his character as being friendly and respectable while also being a strong-willed killer. Director Andrew Dominik did a fine job with balancing these contrasts while also never letting go of the fact that quite a few mobsters are due to get their heads blown off. Actor James Gandolfini is brought in to play the role of Mickey Fallon, a hit man who suffers from drinking and past relationship problems. 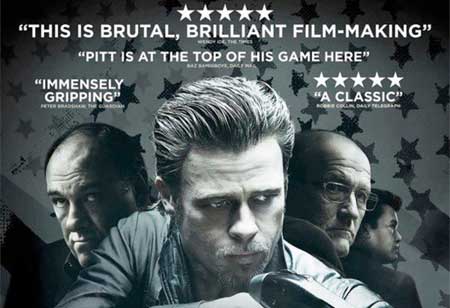 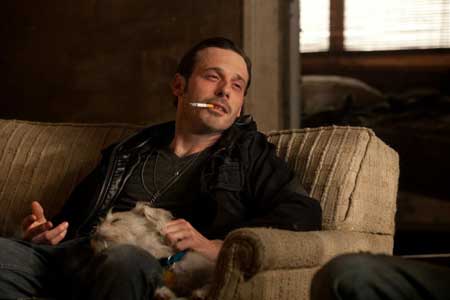 While he presents himself as a “typical” Italian hit man, he also turns the tables with his constant wining and inability to get the job done. Ray Liotta is “as” fascinating as ever (who seems born to play these kind of roles). All in all it’s a great offbeat drama that essentially is intended to send a few messages in its execution. One being the redundant message of that “crime doesn’t pay” and a narrative about how everyone suffers under a bad economy…. even the mobsters. I suppose it says something about the working class, capitalism, and loyalty, but at the end of the day it is a homage to mafia violence and an industry headed “corporate”.

“Killing Them Softly” is an entertaining ride that makes use of some great script writing and ensemble acting.