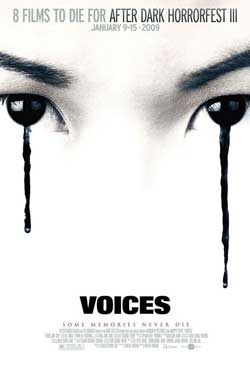 This creepy, supernatural thriller revolves around the paranoid belief that those dearest to you may want you dead.

“Voices” arrived on the tail end of the After Dark HorrorFest III. It also is the only Asian horror entry in this series. While “Voices” has a pretty strong story base, it also was not high on the scale of fear factor releases. Unlike many from the Asian horror sector it doesn’t rely on the use of any ghostly apparitions or water-soaked females to carry its story.

Ga-in Kim (Jin-seo Yun) has been having a pretty rough week. After witnessing a bride-to-be flung over the balcony and then seeing her Aunt getting bludgeoned to death, it becomes apparent that a curse may be in motion with her at the center. She meets a enigmatic new school mate who informs her not to trust anyone including friends, family, or “even” herself. This fateful warning though doesn’t quite sit until much later in the film. 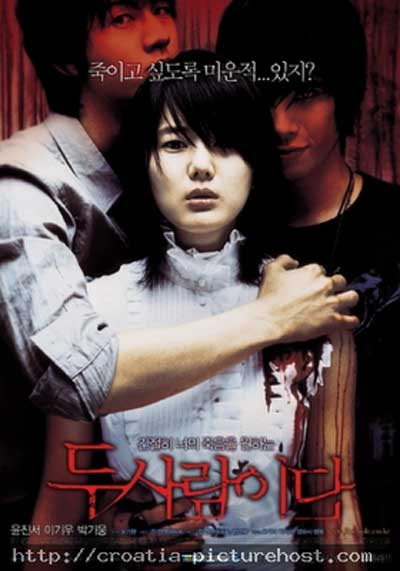 Ga-in is a smart girl with good grades who seems to have her act together. Then of course there is the issue that everyone around her suddenly wants to kill her. In fact, the attempts are rather abrupt and un-motivated, so it seems a bit “off beat” as to why they are happening. She later meets an old man who proceeds to tell her a story (which really didn’t help me understand it all any better).

Ga-in tries to keep things together, but is constantly under threat. The idea of trust seems to come full circle as everyone she’s trusted seems to take literal “stabs” at her.

This Korean thriller might be a bit light of the scares but probably makes up for it in its bloodshed. Though nothing too extreme or ghastly “Voices” is just an ok film on the Korean roster. The original title for this release was “Du saram-yida”. The title actually translates into “Someone Behind You” which I thought would have made a cool title as well for its market. “Voices” while making attempts at offering its audience plenty of info as to what’s going ends up still leaving us sort of in the dark. I would get to the point where I started to think “I knew what was happening” and then was left a bit baboozled as to its various plot points. So I’ll try and collect the facts here.

Ga-in Kim is at the center of some kind of curse. We find that the curse originated from her boyfriend’s family death. This curse has been cast upon Ga-in Kim and her family (or has it?) Then there is Seok-min (Ki-woong Park) giving her advice and yet seeming to be at the root of much of it himself (Was Seok-min an evil entity or just a deviant advisor??) Is all that is unraveling the result of demon influence or just the way things roll out in the scheme of things. Was Ga-in psychotic and disillusioned or did everything really happen the way it did. Even towards the final act we are presented details that suggest some of this was executed differently than it really was. Confused? Good so am I. 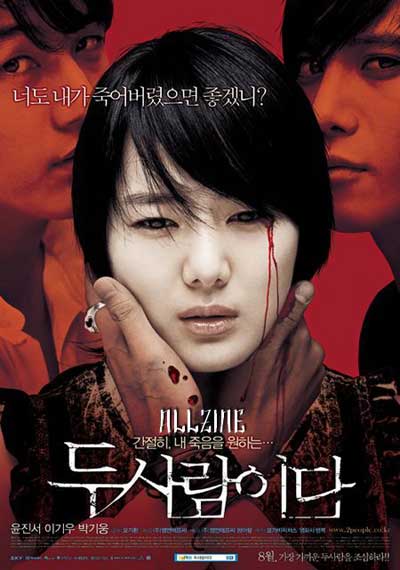 “Voices” leaves with you the impression that you sat thru a story that was adequate and compelling. However at the same time you feel like a dumb ass for not understanding all the pieces. In later reflection, I had to put some of the blame of the Korean culture which alludes to things that we Westerners will just not get entirely. It’s not that we are stupid or astute to the film, it’s more a result of missing cultural references that probably suggest a few different things we won’t see the same way. Hey if you made it this far you can at least say you’ve seen it and move on to other more impressionable Asian release.

“Voices” was directed by Ki-hwan of who’s previous work was limited to drama romances. Voices was received “in general” poorly by the horror community for many of the above mentioned reasons. 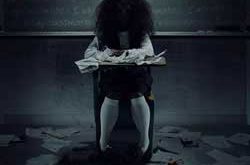