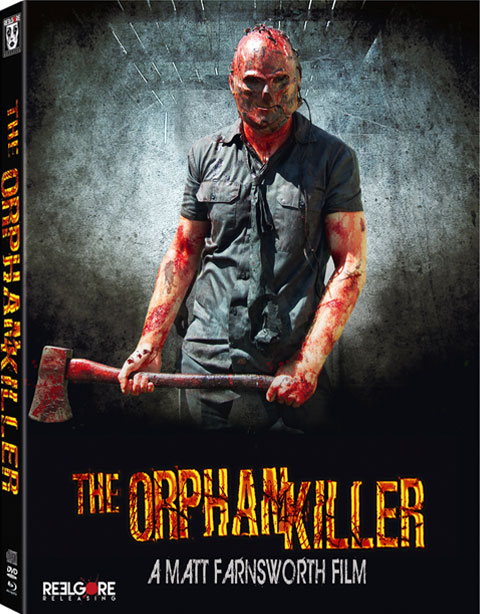 The Orphan Killer is a tour de force murder flick that defies classification. It goes far beyond current trends in gore and breaks open a new suffering genre of horror. Marcus Miller is a serial murderer hellbent on teaching his estranged sister Audrey what it means to have family loyalty. His lessons are taught in massive doses of vulgar and unimaginable pain. Throughout her brutal torture we learn that Marcus is not the only Miller with Killer in the bloodline as Audrey proves to be a formidable adversary.

I was assuming low budget with the kind of title this film is wearing, but then after seeing the opener birds-eye city shots I knew I might need to stick around as the film had a little bit of money invested into it. “The Orphan killer” is a really an almost-homage to those 80’s slasher type films. The whole mask thing, yep we’ve seen that a few times now..more recently “Midnight Movie“, or “Behind the Mask“. But masks seem to be a big component of slasher fare presentation. Now as a slasher film this movie rocks, and wears its flag pretty proud. The kill scenes are unrelenting and done well with some great practical effects added. 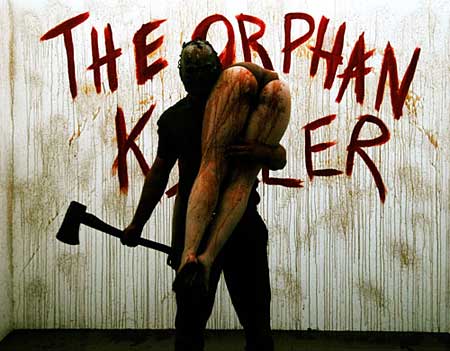 A smashed in head, a machete thru the face…..all that great slasher mojo that says “don’t mess me with me or I’ll gut ya!  Now our killer is yep…an orphan. We get a pretty decent back story on a loner who had a affinity with violence from an early age. It also didn’t help that the nuns tortured him, made him wear a mask when he was bad and kept his back pretty scarred up with lashings and beatings. If anything in the world is to piss off a child, it’s abusive nuns who don’t have any sense of real moral ethics. Oh ya, he had a sister. One who was taken away to much more suitable childhood upbringing. This child is the now grown up Audrey. 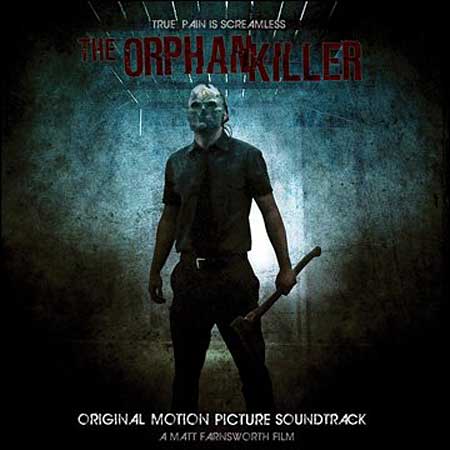 David Backus plays the role of the infamous orphan killer. His approach is pretty dead on….killer without mercy. At times, you have to wonder why he is killing every one, but isn’t that the tradition of bang-up slasher faire? Though an impressive back story does more than its share of giving adequate explanation. 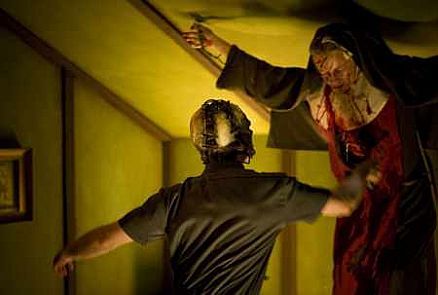 Diane Foster as Audrey is one smoking hot lady who grants us a few worthy nude shots to snapshot into our psyche. Though make no mistake, this is one tough lady who not only co-produced the film but stars in it and takes alot of onscreen abuse. As Audrey, she is the target of the killers interest. He tortures a priest, kills a few others and slices up a cop pretty bad. None of them take the prolonged abuse that Audrey does. Suspended by her 2 hands in a barbed wire, she is toyed with, carved and made to endure a pretty long dose of pain herself. At this point I’d love to give away every detail, but that might keep you from checking out this gem. I’ll say that Audrey has to really contain her pain if she hopes to escape the situation.  Her performance is so believable that you forget that there is a practical effects team standing by. This says alot for the collaboration between producers and the director. Another interesting facet is the orphan killer who grunts most of the time but speaks rather intelligently at other times. At first I thought this might be a movie flaw, but it actually just makes his faceless character even more creepy. 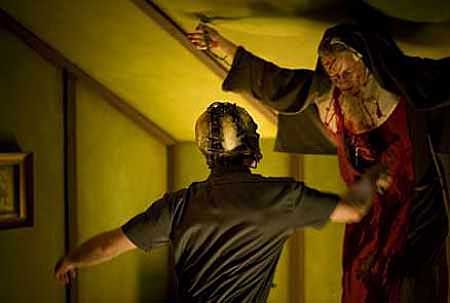 The movie is well shot and well directed with Matt Farnsworth leading the pack on this one. I’ve seen bits of his previous film Gacy, but wasn’t as impressed. This one will surely put Matt’s name on the map. It was also somewhat refreshing to pay homage to the old days in the this modern release. There is enough “extreme” to make this experience nail biting. Though its not extreme for only extreme sake. The hardcore parts make sense to the premise and movement of the film. 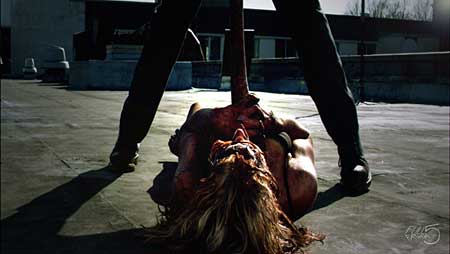 The Orphan Killer is great horror and great genre potion. Outstanding return to classic horror with a lethal bang! An impressive visceral contribution that will be talked about for quite some time.