The Forbidden: Demons and Exploitation 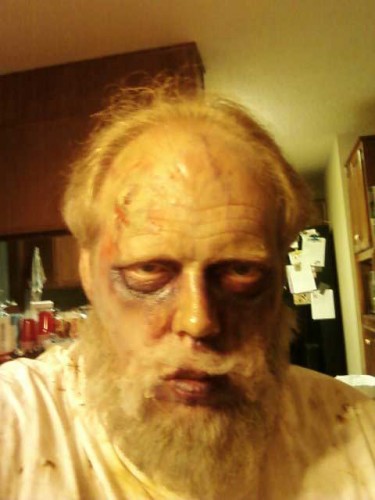 The plot:
Two lovers, one a staunch lesbian and the other unsure about her true identity, head off on a weekend camping trip of exploration and self-awareness, but instead find themselves in the midst of an ancient demon who posses those it kills and travels in a shroud of endless fog. They try their best to escape the demon as they work out their personal conflicts and forbidden love for one another . . . and, of course, stay alive.

This film was shot to try to mimic the style of so many long forgotten ’70s horror/exploitation films that ran rampid out of Europe. However, we could not help but to find ourselves incoorporating styles and cliche`s from the ’80s as well. To honor one of the true kings of horror, Hitchcock, we used his blood recipe for the effects.