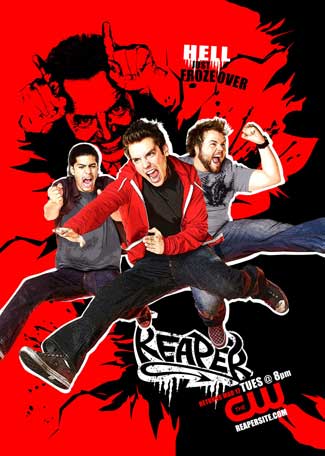 With a creative team that includes filmmaker Kevin Smith and the producers of “Law & Order: Special Victims Unit,” this offbeat supernatural series follows Sam Oliver (Bret Harrison), a young man forced into service as a bounty hunter for the devil (Ray Wise). Sam and his co-workers spend each episode rounding up escaped souls and returning them to hell. Tyler Labine, Missy Peregrym, Rick Gonzalez and Valarie Rae Miller co-star.

Well, if you’ve read my review on Season 1 of Reaper, you already know what a great series this is. Better yet…. hopefully you’ve been watching it every week. The product in review is Reaper Season #2. In my opinion one of the most entertaining series to be televised on TV in a long time.

Reaper in summary combines horror and comedy. The essential premise stars Bret Harrison as Sam Oliver who is discovered to be the devil’s son. Satan played by Ray Wise wants to see him corrupted and fit to lead at his side when finally descends to hell. Sam on the other hand, a pretty good soul with the exception of his predicament must serve Satan to do his bidding against his will. This will “mostly” involves killing/capturing escaped souls from hell using objects called “vessels”. Sam does so at the threat of his life, his contract he can’t get out of and with the help of his buddies (Tyler Labine) Bert ‘Sock’ Wysocki and (Rick Gonzalez) Ben Gonzalez. All in all it sounds pretty hairy and terrifying …..though in this case it’s a great comedic achievement!

In the first season we were introduced to the team per a number of “soul a week” excursions. This season has it’s share though the dramas within are played out much more and brought to the forefront. As usual, the demon episodes are filled with stylistic Fx and a range of criminally interesting characters.

Reaper season #2 which spans over the collection of 24 episodes has several plot changes from its prior season…a few new faces, some new challenges, new characters and the absence of some old characters as well. In fact, strangely enough the former characters from last season that are missing…are completely written out of this year’s script.

While it’s hard to summarize an entire season , I thought it best to point out all the major turning points from season #2

– (Bret Harrison) Sam Oliver discovers he is the son of the devil but also not the only 1. Still bound to his agreement he looks for ways out of the contract to try and trick the devil.

The devil (Ray Wise) appears in his usual manner either with an assignment or a diabolical purpose. As much as he tries to convert Sam, it he always comes up short in his goal. We also get a more in depth peek into what he does with his spare time …which is essentially taking on different jobs that he can corrupt others in a multitude of different ways. A master corporation is revealed that houses demons on the 75th floor to influence the masses beneath them.

(Armie Hammer) Morgan is introduced as one of the devils “other” sons who is obviously corrupt, pretentious and narcissistic. Sam is instructed to teach Morgan to be a better demon hunter.

Dad is back…. though now as a zombie who lives in Sam’s garage. This is short lived while Mr. Oliver is still onboard for a much bigger purpose that can aid Sam in his quest.

(Jenny Wade) Nina (1 smokin hot dame) is introduced as a reformed demon who Ben (Rick Gonzalez) has fallen in love with. The relationship lasts thru the entire season with it’s mix of complications and drama ..despite the fact that Nina is a blood thirsty demon in disguise trying to turn over a new leaf. This relationship though puts a level of tension between Ben and his spiritual hard headed aunt who sees evil for what it is.

(Missy Peregrym) Andi Prendergast has been appointed the store manager after Ted is busted on a inventory racket he has going. Though still a dedicated employee he convinces them to hire him back as a worker. Her new role causes some confusion in the employee / friend relationships though she is able to provide a pretty decent balance. Andi and Sam go through there usual complications as Sam thinks of ways to get the devil off his back.

(Tyler Labine) Bert ‘Sock’ Wysocki besides being the ongoing comic relief, discovers he has a new Asian sister, that moves into this house. The only problem is……Sock falls for her in a big way and spends much of his time trying to win her over into a relationship.

(Ken Marino) Tony takes in a orphaned baby girl who is left behind after Sam sends the demon mother back to Hell. Tony becomes a full time mom and spends his free time with a worship group that honors the memory of his former demon buddy (Michael Ian Black) Steve.

Steve, has transcended his demon hood to become a full fledged angel.

That is all of course just a taste as we get into a whole new batch of offerings this season. The demons make several more appearances for a number of reasons. We learn of the demons who are trying to shed their demonic tenancies for the fight of good. And still as much as you’d expect the devil to show compassion, give in or become soft towards his own sons…he still maintains an evil and deviant presence that is unrelenting.

In all, it’s a great season that is shrouded in controversy over the series rumored to be in its last run. While we expected the ending to revolve the situation it surprises viewers with a very open ended conclusion. Could this mean a season #3?…We can only hope. The word is that it “may ” get picked up by another network. For now I suggest at least watching season #2 as its a fun ride and great ongoing epic. 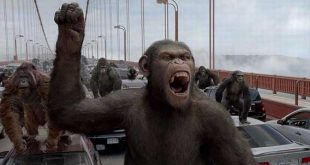