Two lovable West Virginian hillbillies, are headed to their “fixer-upper” vacation cabin to drink some beer, do some fishin’, and have a good time. But when they run into a group of preppy college kids who assume from their looks that they must be in-bred, chainsaw wielding killers, Tucker & Dale’s vacation takes a bloody & hilarious turn for the worse.

Maybe in the first sentence of a horror movie review the reviewer probably shouldn’t gush right off the bat about how great the movie was, but screw that: This is by far one of the greatest horror comedies that I have ever seen. Period. 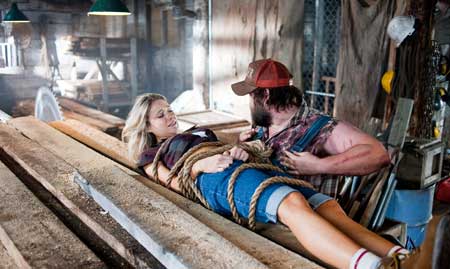 Actually a comedy horror might be a better description as you’ll find yourself laughing again and again and just shaking your head in amazement at how fast the plot moves, how crazy the situations become and how in the world did the writers, in this case Morgan Jurgenson and Eli Craig, pull this off. A spoof this is not, although they definitely play into a lot of the horror clichés. This one could have easily went so wrong in so many ways, but it is a real testament to all involved that they kept the tone pitch perfect until the very end. God bless them for not ruining a great premise. 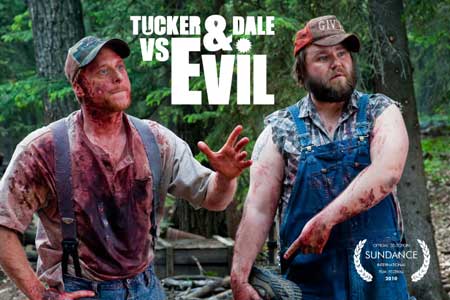 Okay, enough praise for now, you’re probably wondering what this movie is all about. I’m not going to tell you too much because that would honestly ruin your enjoyment at all of the surprises in store for you. Suffice it to say that understanding the basic premise will give you all the information you’ll need.

Tucker (Alan Tudyk) and Dale (Tyler Labine) are on their way up to get a little rest and relaxation at a fixer upper cabin in the woods that Tucker just purchased. It is his dream vacation home, a place to get away from it all. Too bad a group of college kids happen to be camping in the very same area. All seems to go well until the kids decide to do a little skinny dipping. In the lake that Tucker and Dale decide to go fishing on. And when Allison (Katrina Bowden), one of the gorgeous co-eds, accidently falls into the water and hits her head, the chain of events that happen next are absolutely priceless. And that’s about all of the plot that I can give away. 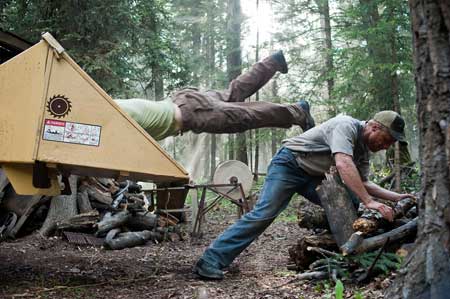 You really have a lot of the great elements of horror movies, including the warning not to go into the area and the classic story around the campfire, this one involving the infamous Memorial Day Massacre. The special effects are great and the kills are varied and really darn funny. But it is the acting that puts this movie over the top. 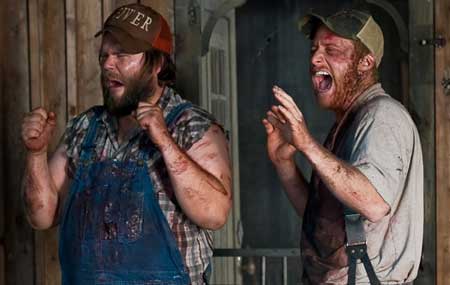 All three leads are absolutely fantastic. Tyler Labine nails the character of Dale, and it is his performance that will keep you glued to the screen. Equally impressive is Alan Tudyk as Tucker, and to watch the two interact and philosophize about the world and events around them is a real hoot. Katrina Bowden as Allison holds her own and does a superb job. In fact, all of the actors are really great. There is honestly not one bad acting job in the whole movie. 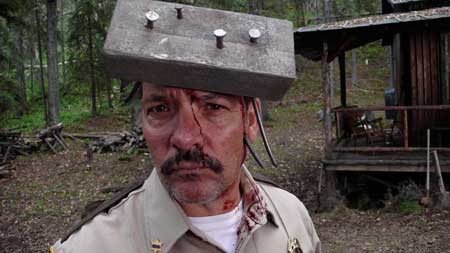 I really have to take some time and give another shout out to writers Morgan Jurgenson and Eli Craig. Their script is top notch. The balancing act it took not to go too far in either direction and keep the focus of the plot so sharp, to show that kind of restraint, is really commendable. And Eli Craig did an incredible job directing as well. I can’t wait to see what he does next. 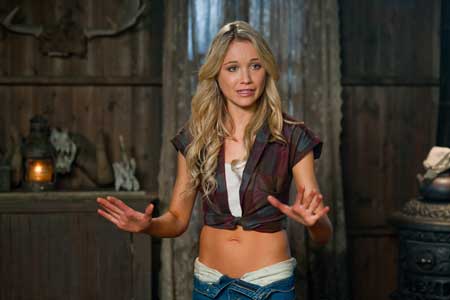 After reading some things on the web, it sounds like they are trying to get distribution for this film after it was shown to much success at several film festivals. This film deserves, aside from the DVD release, to be put in the theaters. Think Shaun Of The Dead. Yes, it is that good. I hope like heck it gets the recognition it deserves. This definitely rates a buy when it becomes available, no questions asked. I’ll be one of the first in line and it will be a proud and welcome addition to my personal collection.

Tucker & Dale vs. Evil is now available on Bluray per Magnolia Entertainment 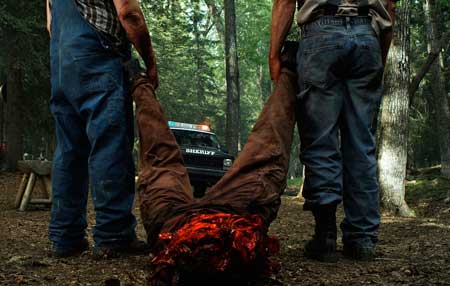 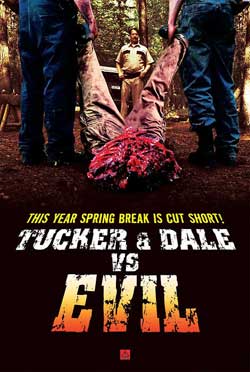 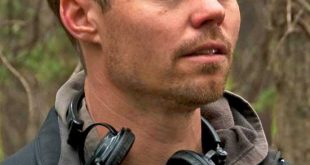