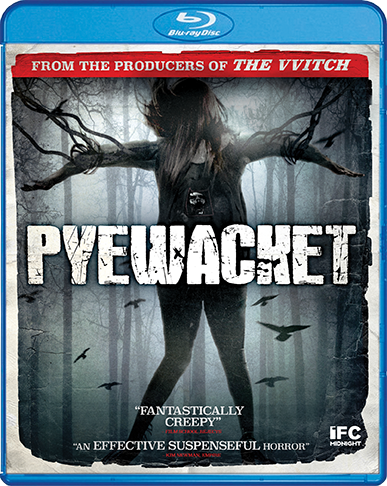 A frustrated, angst-ridden teenage girl awakens something in the woods when she naively performs an occult ritual to evoke a witch to kill her mother.

With a title like Pyewacket, I couldn’t help but be intrigued. Thanks to the glorious internet, I discovered that this was the name of a familiar spirit detected by the self-proclaimed “Witchfinder General”, Matthew Hopkins, back in 1644. During his murder spree, he supposedly killed around 300 women he had accused of witchcraft between 1644 and 1646–just let that sink in for a second! Hopkins captured one woman in particular who named her familiar spirits (demons that attend to and obey a witch, typically taking the form of an animal), one of which was dubbed Pyewacket. However, Canadian writer/director Adam MacDonald (Backcountry) did not focus on this history for his new occult thriller. In an interview with Horror Channel, the inspiration for Pyewacket is derived from a scene in William Friedkin’s The Guardian, in which an evil nanny gifts the child she is looking after a stuffed animal named Pyewacket.  MacDonald loved the name, and consequently was inspired to write an occult story that impressingly took only a month to pen. 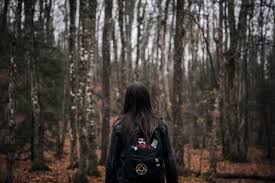 While the occult genre is always entertaining to deviantly play with, I can attest that Pyewacket fits nicely among others of the same cinematic coven including The Devil’s Candy and The Blackcoat’s Daughter. MacDonald focuses on tension, misdirection, and suspense in order to drive the horror component while simultaneously sprinkling in psychological aspects that question the protagonist’s perception of what is occurring around her. Atmospheric and tantalizing, MacDonald also successfully executes the mother/daughter dynamic while utilizing the occult to further drive a rift between their already troublesome relationship. 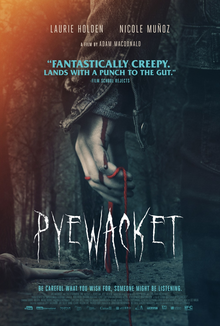 The film opens up with voice-over narration softly reciting an obscure spell while immersing the audience in the woods. Leah (Nicole Munoz) is in high school and is currently mourning the death of her father by embracing the occult and dabbling in black magic with her friends. While her solace lies in metal and testing the boundaries of the spirit world, her mother (Laurie Holden) finds what little comfort she can, in the bottle. Leah states that she “never knows what she is going to come home to”, referencing the irratic and unpredictable state of grief her mother is quickly drowning in day after day. Surrounded by relics and suffocated by memories, her mother decides to move them to a new home convenienly located in an isolated portion of the woods, which sets us up nicely for the standard isolation horror trope. Leah’s teenage angst is amplified by the news and she becomes so angry at her mother’s lack of coping skills, decision to move, and abusive language towards her that she decides to retreat to the woods and conduct a ritual that will summon a force named Pyewacket to kill her mother.

The plot is a tad extreme, but when there are children stabbing each other to appease a fictional character named Slenderman and kids actually murdering their parents over the most seemingly insignifcant situations these days, it isn’t entirely far-fetched to comprise a story about a girl who could hate her parent so much that she summons a demon to end her days. 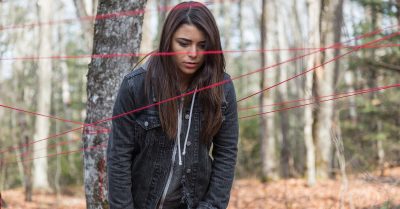 Unexplained activity starts to occur around the house, and Leah begins to regret her decision. Consulting her friends, who also experiment with the occult, she eventually finds answers from an author named  Rowan Dove (James McGowan) who specializes in the craft.  Her fight to realize what is happening around her and the process to reverse her ritual is slow in its execution, but when the demon does materialize, it is quite unsettling.

Pyewacket is a slow burn and utilizes sound design and crafty camera work to emphasize the state of our protagonist. The spirit takes its time as if meticulously analyzing its attack on Leah’s psyche, patiently waiting for the proper time to strike. Munoz is captivating in her expressions that range from anger, sadness, grief, adoration, and regret—the perfect melting pot of a teenager’s persona.

What’s also great is that Munoz creates a character that is difficult to hate. Despite Leah summoning a demon to kill her mother, there’s an empathy in the acting execution that evokes sympathy to the point that you want her to fix her wrongdoing. Likewise, Holden is able to lure the audience into anger, but then straightens up as a mother and evokes empathy from the audience as well, as she tries to make Leah happy and do the best she can for her.  This is one of my favorite components of the film because Macdonald captures the whirlwind of a mother/daughter dynamic, especially in adolescent grief, extremely well with all of its fluctuating feelings.

The physical representation of Pyewacket is sparingly utilized which further drives the dread response. The use of shadows, framing, and distant shots not directly focused on the entity were all smart choices by Macdonald. However, an explanation of its mythology would have added more depth to the experience. Additionally, I was interested in learning more about Leah’s father, as her mother was desperate to move on from his loss and went so far as to tell her daughter she can barely look at her because she reminded her of him. Additionally, the innocent flirtations between Leah and her friend Aaron (Eric Osborne) is a sweet addition to the narrative but unfortunately fizzled out instead of leaving a gut-wrenching or alluring aftermath. 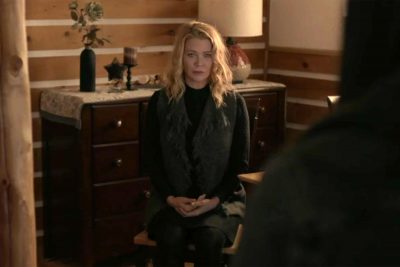 The third act culminates in a savage payoff and has the potential to leave the final scene open to interpretation.  While Macdonald may not have focused on the historical account of Pyewacket as a familiar spirit, it makes for one hell of a coincidence that works well. The title of the film is fitting for the plot, and the choice to utilize two female characters battling their own emotional struggles–which are demons in and of itself–is all too apt. As a whole, Pyewacket is an enjoyable thriller that stalks the multi-layered aspects of grief, family dynamics, and psychological salvation with a haunting accuracy.

Pyewacket is now available on bluray per Shout Factory