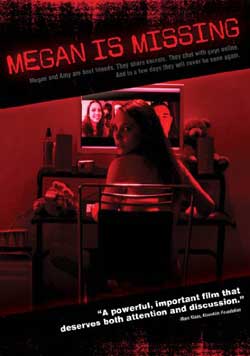 Fictional drama based on actual events, about 2 teen-age girls who encounter an internet predator.

In October of 1993 twelve year old Polly Hannah Klaas was kidnapped and later found to have been murdered. The following year her father, Marc Klaas, started the KlaasKids Foundation to help spread the word about crimes against children. I mention this because on the cover of the DVD the film gets an endorsement from Marc about how the movie should serve as a wake-up call to parents. In a way it’s hard to criticize a film that someone of Marc’s stature endorses. Honestly, I’m split. On one hand yes, this film is powerful and some of the scenes extremely hard to watch and your heart just aches for the families that have to go through such scenarios. But this film can also feel exploitive, especially the last twenty-two minutes. In the world of horror cinema there have been worse images put onto film but when you are dealing with this particular subject matter, the kidnapping, sexual abuse and murder of underage girls, you have to wonder what exactly the filmmakers were thinking.

Megan Stewart (played by Rachel Quinn) and Amy Herman (played by Amber Perkins) are the best of friends although they couldn’t be more different. At the tender age of fourteen Megan is anything but innocent. She drinks, does drugs and seems to have sex with any boy who happens to show affection towards her. Her home life is unstable to say the least. She doesn’t know her father, her stepfather is in prison for molesting her and her mother is mad at her for sending him there. Amy on the other hand seems to have the perfect life but, being socially awkward and just a little shy, finds it hard to fit in with the popular crowd. In a sense, both of these girls are outcasts in their own way.

For both of these girls, life goes on pretty much as normal. Through their web cam and video camera footage we see them share secrets, hang out and go to parties. That is until Megan meets a guy named Josh online. Of course Josh isn’t who he claims to be and it isn’t long before Megan ends up missing.

This film, for the first hour, really works although at times can be a little uncomfortable to watch. I guess director Michael Goi hung out in teen chat rooms to get a real feel for how they talk and boy, it really does show. Their discussions can be quite frank at times and this movie is very realistic at capturing it. He also does a good job of slowly building a sense of dread because as the audience you know what is going to eventually happen. And while Megan isn’t exactly the most sympathetic character ever to grace the screen, you certainly do feel sorry for her. And when she walks out of her bedroom for the very last time you will feel a sense of sadness. That shot, by far, is the best in the film.

But what about those last twenty-two minutes mentioned above? That is where the filmmakers, in my opinion, went a little overboard. In addition, there are two still images shown on the screen a little bit prior that are very disturbing to say the least. Powerful, oh yeah, but disgusting all the same. If they wanted shock, they got it. 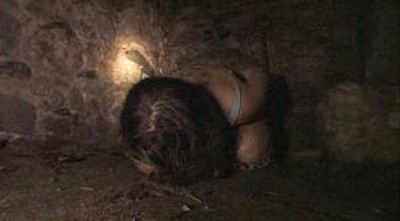 This is a film that I would recommend seeing once but I have to warn will not be for everyone. The problem with a film like this is that I can’t ever see the need to purchase it to watch over and over. Once is enough. One thing is for sure, though. You won’t soon get some of the images out of your head.