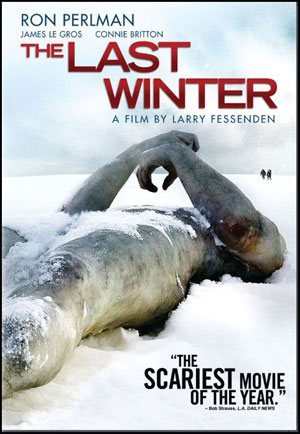 My dad is not a big fan of horror films. Whenever the topic of my obsessive love of the genre comes up, he always criticizes me and asks me “When are you going to grow up?” Despite this, he has a special place in his heart for the 1951 black and white classic The Thing from Another Planet. Most people are aware of the 1982 remake starring Kurt Russell, itself a brilliantly executed thriller in its own right, yet the original, based on the science fiction novella Who Goes There? by John W. Campbell, Jr., tends to go unnoticed by most horror devotees. The remake was a more faithful adaptation, though the brilliance of the original was not lost on John Carpenter, who made numerous references to it in both his own adaptation, but other films of his as well.

These films were set in the Arctic, and seeing as how northern Alaska is pretty damned close to the icy tundra, I put way too much faith in The Last Winter to provide scares, or at the very least a level of tension comparable to these classics. The plot is as follows: an oil company building an ice road to tap into the unknown resources of the Northern Arctic National Wildlife Refuge and a group of environmentalists are working together at a remote base when one of the crew ends up missing and ultimately dead. Slowly but surely tensions mount, and the crew begins to collapse under the strain of an unseen force. Though we’re treated to gorgeous scenery, including one breathtaking shot of the aurora borealis, the film fails to capitalize on its location when it really mattered. Inherently creepy, the great white north has two elements that have the potential for greatness in a horror film: darkness and isolation. Both underutilized and presented in a manner that is at most only mildly creepy, any opportunity for tension when it really mattered was ruined by the laughable third act and sloppy direction. 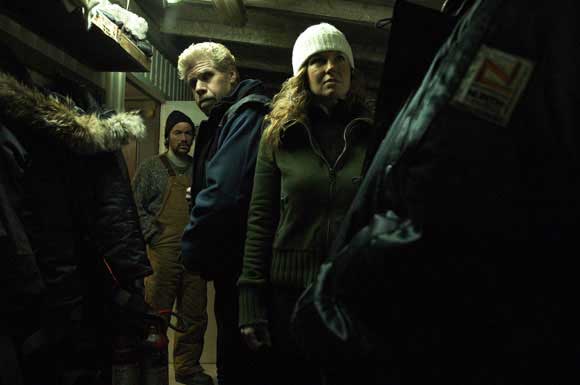 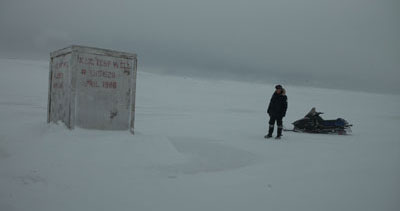 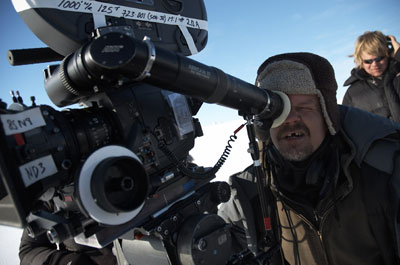 The acting was representative of most low budget horror films, yet it disappoints me to say that Ron Perlman, who plays oil company representative Ed Pollack, could have been replaced by David Caruso and no one would be able to tell the difference. Plus, with Caruso we’d get plenty of TOTALLY AWESOME moments where he removes his sunglasses and glares at… Something. Perlman provided us with a heaping pile of cheese, though he did have some moments where I didn’t want to shake him violently for being so %$%*@ stupid. James LeGros plays James Hoffman, the environmentalist who clashes with Pollack, not only because Pollack is 100% devoted to the project and apparently doesn’t realize what oil drilling is doing to the earth, but because Hoffman’s banging his ex, played by Connie Britton, who doesn’t get naked in the film. The rest of the cast is for lack of a better word, decent, and sadly not worthy of any discussion here. 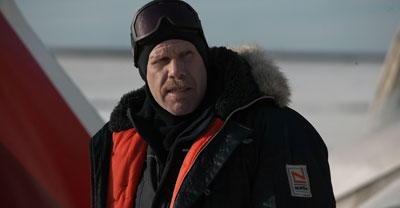 In the end the ultimate cause of all the spooky sh*t that’s occurring is given barely any credence, save for the underlying “mankind is destroying the earth” message pounded into your head until all you want to do is go out and empty a can of aerosol into the wind while littering. The one attempt at depicting the cause is implied but never explained, making me wonder why a potentially excellent thriller degraded into a half-assed ghost story. It did, however, inspire me to come up with the term Spectral Wildebeest, which would make a great screen name if it weren’t too long. 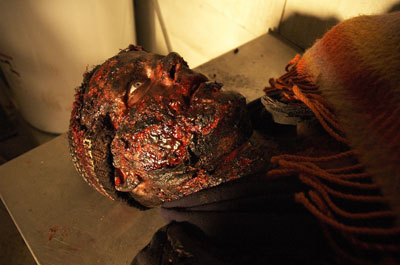 I am certainly the odd man out in this little affair. Reviews have been glowing, and a trip to the film’s official website will reveal a massive list of blurbs from writers, directors, magazines, the director’s mom claiming it to be one of the best and scariest horror films ever made. I showed this review to a friend of mine months ago, who tore me apart for deriding it so emphatically, and I shelved it because I’m influenced by others’ opinions way too easily. 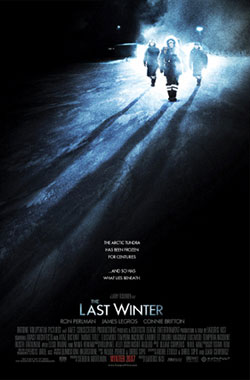 I will give credit for Fessenden for attempting a movie like this. Tossing such a blatant political message into a film is a bold move, yet he managed to utilize it in a way that can effectively inspire terror in some, what with the whole darkness and isolation thing I mentioned above. Several shots existed that did actually creep me out, or in some way conveyed an overall feeling of morbidity and disturbance, so for that he does deserve to be lauded. Though I did not like the film per se, I do appreciate what Fessenden was trying to do, and hopefully he can construct another film in the same vein, yet without the pratfalls of this one. He has an eye for depicting genuine terror, and he didn’t rely on cheap scares or gore to scare the viewer, so for that he deserves my respect.