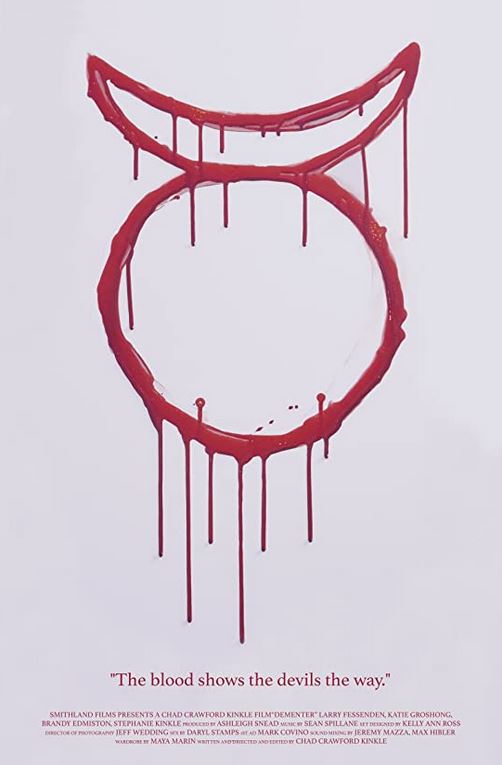 The film follows Katie, a young woman who flees a backwoods cult and takes a job at a care center for special needs adults in her determination to do some good with her life. But despite her best intentions, Katie can’t escape the signs that “the devils” are coming for Stephanie, a woman with Down syndrome she cares for, who keeps getting sicker despite Katie’s rituals to ward off evil spirits.

I was excited when I heard about Dementer (2020). Crawford supplies those creepy lingering images that keep us at night. The disturbing music that sounds like shrilling violins that Mr. Bungle would appreciate. 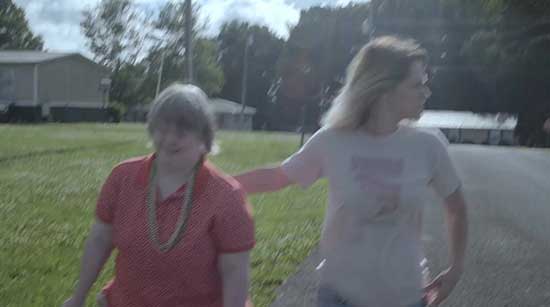 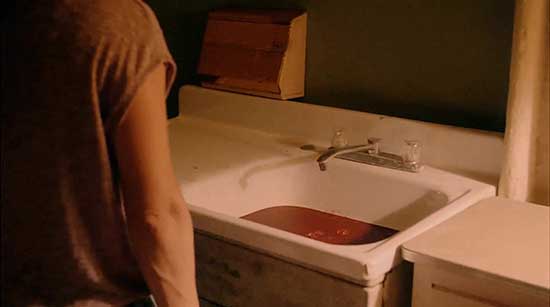 The “pandemic” decided to hit in 2020 and some of us are still working from home and every once in a while, we watch a movie. A movie comes along that surprises you. It sneaks up on you like Jason Momoa sneaking up on Henry Cavill.

Grab the popcorn… The opening scene is creepy images and music that makes me think I should be conjuring for something. I love movies that use locations that look so real. Like, this place looks like a real-deal place. We meet Katie (Katie Groshong). Katie is getting ready to start her job. She will be taking care of special needs adults.

Katie walks around and meets everyone. Brandy (Brandy Edminston) gives her the fun tour of the building. That always seems to be the most drawn-out part when you start a job. The person walks you around and tells you everything they think you need to know. Katie talks to everyone. 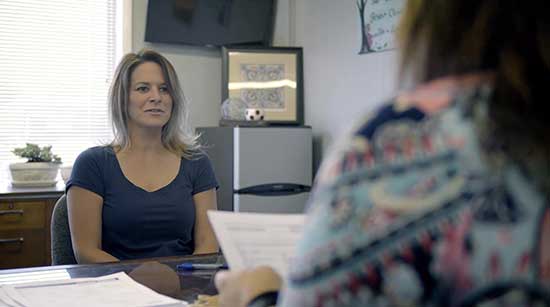 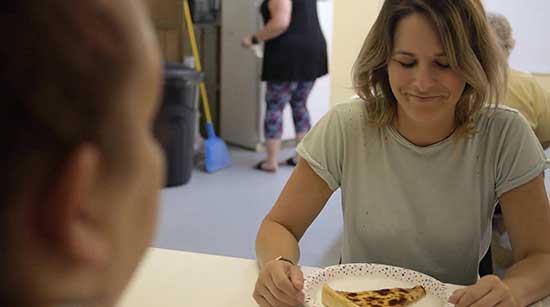 I love horror films that are in different locations, they have unique stories. Crawford does this. He gives us a different setting, a different story. I reviewed a few cult-related films and even a series, L.A. Macabre by Dan Ast, check that one out on Amazon. I always think about Bad Dreams (1988). Richard Lynch and his calm, terrifying demeanor. The panic in Jennifer Rubin’s character.

There have been so many cult-related films and obviously people like Jim Jones, Marshall Applewhite, David Koresh, Charles Manson, and Bhagwan Shree Rajneesh. Some people think that people join cults because they are weak or looking for something. Some people get caught up in these “charismatic leaders”. Is that really what they are though?

I’m sure there are a million reasons a person would join a cult. 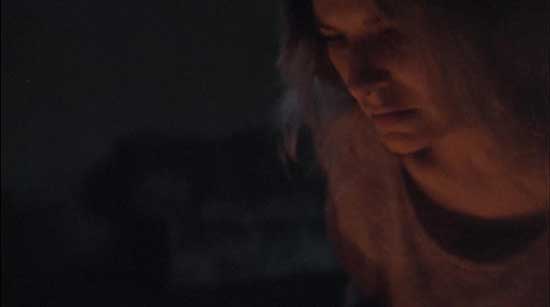 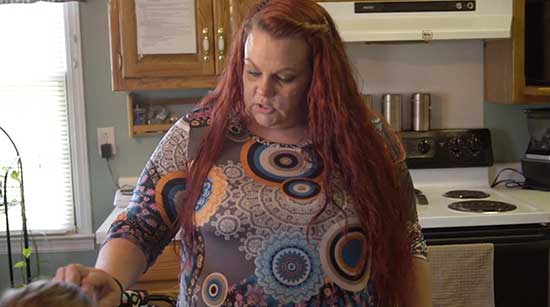 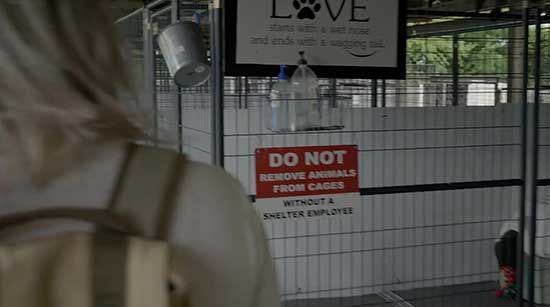 Katie is working and doing her best to help out and take care of people. She is getting bad headaches and having flashbacks. She’s seeing blood and creepy stuff. The eerie music adds a lot. I appreciate the film focusing on the special need’s adults. Katie may be looking for some type of redemption.

Katie winds up in a house. Is it her house? There is a creepy alter in the basement. A man does a voice-over and delivers some wicked lines throughout the film. Katie is taking care of Stephanie (Stephanie Kinkle), Patricia, and Brenda. You can tell there was a lot of care and thought put into Dementer. Katie sees a symbol and she’s hearing the same voices.

We have more help today. We can talk about mental health, most of the time. I’d imagine leaving or escaping a cult would be traumatic or maybe there are people who just escape, and that’s it. Katie is visiting a butcher… It looks like the same place Thomas Hewitt (Leatherface) was working. Katie wants a cow heart, oh no.

It’s getting creepy. She’s drawing symbols on aluminum foil, wrapping up a cow’s heart and shoving it under a bed. Katie is worried about Stephanie. Katie’s back was branded with the cult symbol. Stephanie is sick again. Katie goes in with Stephanie while Brandy waits in the waiting room, and finds Katie’s cult journal. 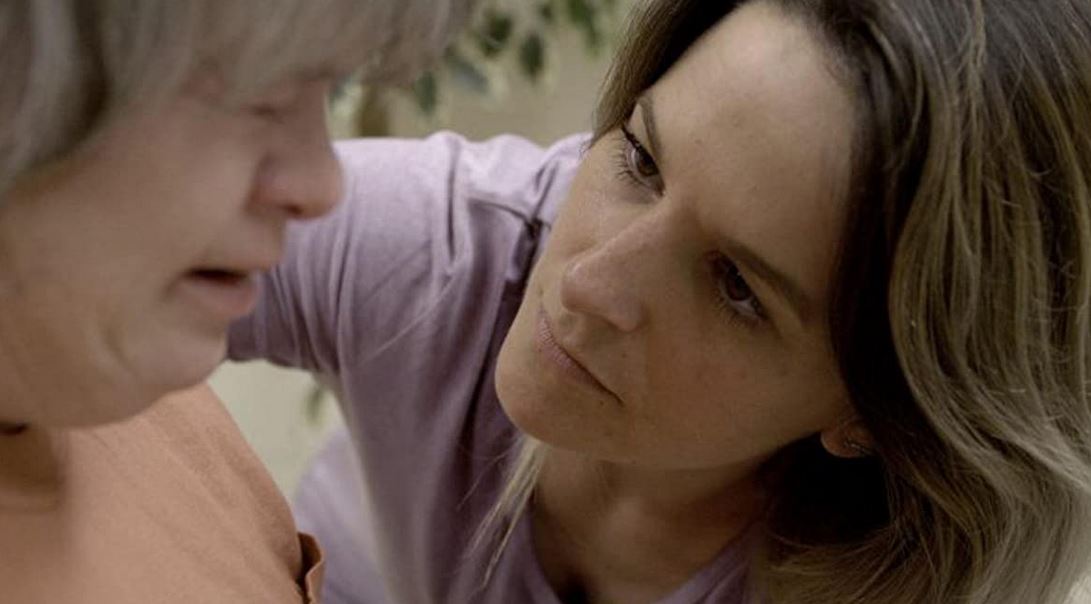 The cult seems to still have a hold on Katie. Brandy makes a disturbing discovery. Katie takes Stephanie and she’s trying to make the devils go away. I won’t spoil the ending. Check out the film and be safe out there.

Make sure to check out Dementer.

Dementer, the latest film from writer/director Chad Crawford Kinkle (Jug Face) and featuring Larry Fessenden, has been acquired by Dark Star Pictures for a March release.

Brandy Edmiston, Katie Groshong, and Eller Hall also star in the film, an official selection the Nashville Film Festival and the Chattanooga Film Festival.
Dementer will be available on digital platforms March 2, 2021 from Dark Star Pictures.