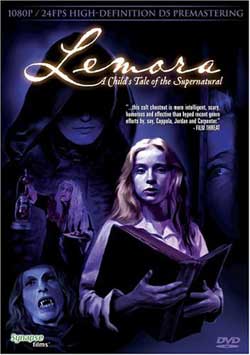 After shot gunning his unfaithful wife and her lover, a 1930s gangster is injured in a car crash. His estranged daughter Lila, a ward of the church, receives a mysterious note apprising her of her father’s whereabouts and promptly embarks on a perilous journey into the deepest Southern backwoods where she encounters a lesbian vampire who attempts to seduce the child into joining the ranks of the undead.

This is one of those films that could be remade into something spectacular. I completely defy remakes but older cult classics like this that need improvement could be turned into something good. Just saying. And I don’t mean to talk bad about Lesley Gilb, I know she passed away last April in an automobile accident and I respect her, but she was perhaps the ugliest vampire I had ever seen. I’d like to see Lemora look a little hotter. That’s just me. The film was banned upon release in 1975 by The Catholic League of Decency (a more fascist name I could not imagine) in spite of it’s mere PG rating and was barely seen in the United States until the mid-90’s has led to the obscurity of what is easily one of the best female vampire stories ever told onscreen. It’s dark, dreary, surreal, somewhat perverse, and creepy as all hell. Fellow vampire fanatics, this is not to be missed under any circumstance. The overall look of this film is so dark it gives Tim Burton nightmares. 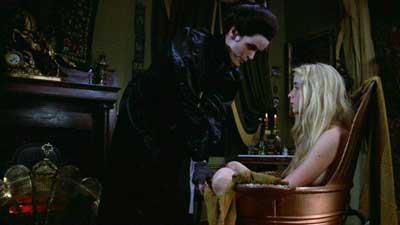 The characters seem colorful in a supernatural way and I like the fact that the director didn’t feel the need for extensive character development. I think if he did, there would be something lost in the movie’s presentation. Lemora is one of the creepiest vampires I’ve ever seen next to Nosferatu. She keeps children around as company and leans a bit toward lesbianism. However, the shape of her head and the speckled cheeks that the pancake makeup tries to conceal all add to the chill factor. Sadly, Lesley Gilb is monotonous at best and delivers her lines with a stale tongue and unexciting voice. The girl who plays Lila Lee, Cheryl “Rainbeaux” Smith, died of hepatitis in 2002. So that’s both of the main actresses in the film that have passed. 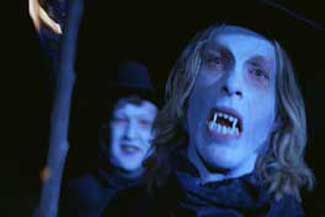 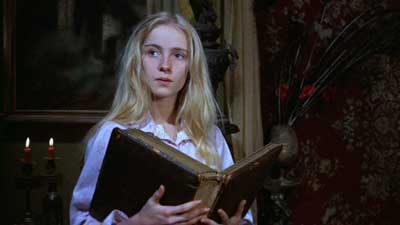 Just A Closer Walk with Thee sang by Cheryl Smith is a creepy little tune isn’t it? Apparently, the “bus-driving-throught-the-forest-while-the-zombies-attack-it” is inspired by a similar scene in H.P. Lovecraft’s short story “The Shadow over Innsmouth.” I wasn’t thinking Lovecraft but it’s true. I can’t believe I didn’t notice and I am a HUGE Lovecraft fan. On the audio commentary Richard Blackburn names various stories and authors that inspired the film. I can’t even believe I finally got to see this movie. For years I thought it would be impossible and eventually forgot it existed. After a storied, botched release, the picture, written and directed by Mr. Blackburn, sank to television and has barely been seen since the late 70’s. The only recent evidence of its existence was the whispered assertions of its most die-hard enthusiasts. 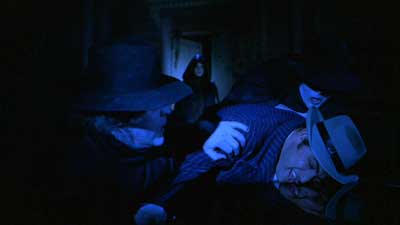 Back in 2001 a reviewer said something along the lines of….”This version of the movie is a video projection based on Mr. Blackburn’s one-inch video copy; no film prints of ”Lemora” exist, according to the company that released the movie.” Well thank God you can now find it on DVD….online but I doubt you will find it at a store anywhere. Some people claimed before it went on DVD they found a rare copy at conventions and things like that. 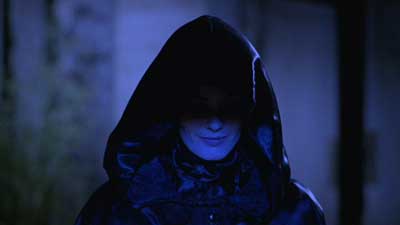 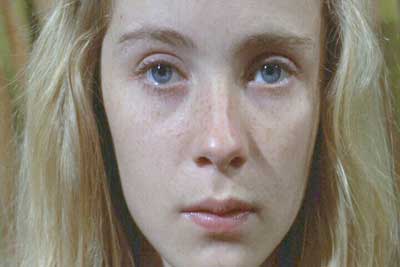 ”Lemora” wants to surpass the expansions on vampire film mythology that propelled the fecund, tightly wound horror movies from Hammer Studios. The film falls far short of its goals, but it is a classic of sorts. Lemora is bested summed up as a grotesque fairytale; a perpetual nightmare that’s sexualities reside in the poignant fraction of a child’s mollifying and impressionable mind. Outside of the Argento-masked-filters and the special effects make-up by Byrd Holland, Lemora doesn’t seem to really go anywhere and the story appears restrained by weak dialogue.