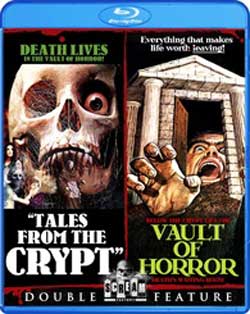 Five men trapped in the basement vault of an office building share visions with each other of their demise. Stories revolve around vampires, bodily dismemberment, east Indian mysticism, an insurance scam, and an artist who kills by painting his victims’ deaths.

Right off the bat, 1973’s The Vault of Horror has all the hallmarks of a classic anthology from Amicus, in that five strangers in a lift inadvertently find themselves in a subbasement, which could easily be mistaken for a quaint dining room. With all exits blocked, the men resign themselves to waiting for help and before you know it they start discussing their dreams. Each dream making up one of the vignettes of the film, and based on the EC comics of yore. If this were 2014, they’d resign themselves to texting, playing Tapped Out and/or grumbling about spotty Wi-Fi, making for an exceedingly less interesting film. 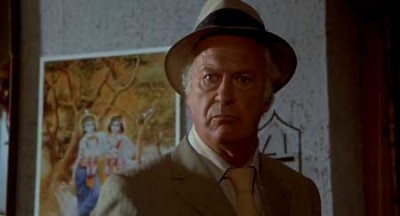 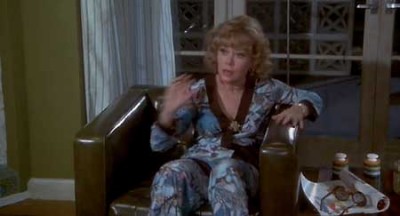 First out of the gate is Midnight Mess. Daniel Massey (Star!) plays Harold Rodgers, a man with murderous intent searching for his sister, played by real life sibling Anna Massey (Peeping Tom). Tracking her down to a village, Daniel’s life takes a severe left turn when he discovers why the villagers lock their front doors and don’t come out at night. Being the first in the anthology, it sets the tone for the rest of the film. A raven-black comedy with an ending that laps up the blood.

The Neat Job sees Terry-Thomas, who built a career out of playing the comedic cad, as an overbearing husband daily haranguing his wife (Glynis Jones) until she finally breaks. A clear influence of Psychoville’s Halloween special, The Neat Job’s success is in having Terry-Thomas play against type. Starting off with a sitcom-like premise, this story spirals quickly into domestic abuse, and there’s no reassurance that things will be right again. 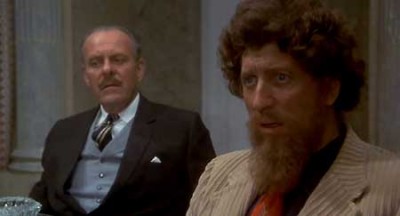 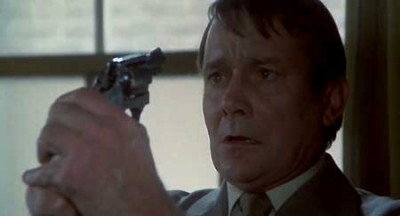 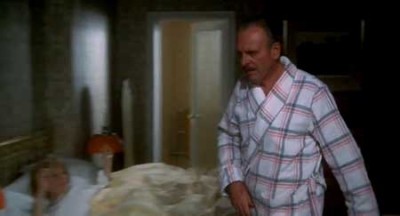 This Trick’ll Kill Ya plants Curd Jürgens (The Spy Who Loved Me) in India looking for the perfect magic trick, but instead he manages to annoy the locals. This Trick’ll Kill Ya reminds you that for all its fun, The Vault of Horror was made in a time where actors were perfectly fine to black up and if you weren’t white, you were definitely magic. Yes, the aggressive westerner with his mocking ancient tradition gets his comeuppance, but yeesh, wind it in guys.

In Bargain in Death, Michael Craig (Turkey Shoot) plays a horror writer who sets up a little insurance fraud by faking his own death with the help of a magic potion. Once he’s buried, it’s up to his friend to dig him up when the time is right. Meanwhile a couple of medical students are in the same graveyard looking to go all Burke and Hare in the hopes of getting a cadaver for their studies. Bargain in Death is quite frankly bizarre and feels like a long setup to a poor punchline. However, at the same time it’s devilishly fun. 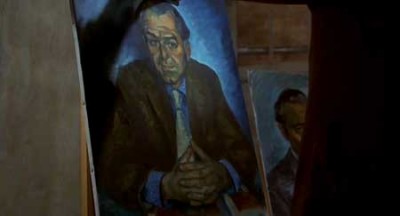 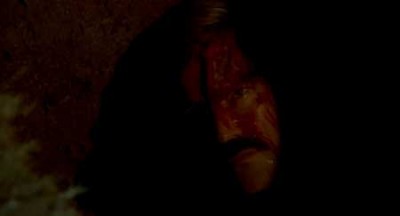 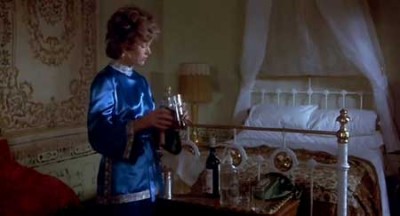 The final story, Drawn and Quartered, takes up the majority of the film and is all the better for it. Sporting an impressive beard, Tom Baker (Doctor Who) plays a struggling artist who discovers he’s been cheated out of a lot of money. Rather than take it to court, he decides to use voodoo to get his revenge. And yes, like This Trick’ll Kill Ya, there is another brief example of the film’s approach to casting diversity. That said, this is probably the most enjoyable of the lot. Largely down to the fact it’s given time to breath and also because of Baker’s wide-eyed, brooding performance. 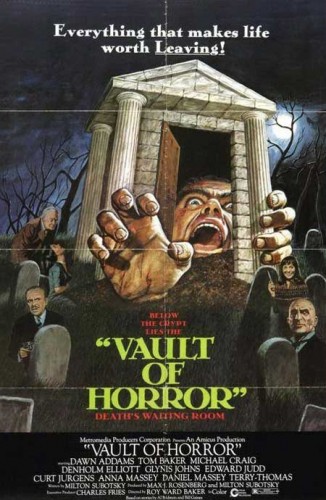 All in all, The Vault of Horror contains enough to warrant repeat viewings. Whilst it is sometimes a product of its time and the film’s twist can be seen from space, it has that strangely comfortable feeling you only get from the output of companies like Amicus and Hammer Horror. It’s like settling down into a cracked leather chair next to a roaring fire with a glass of brandy. It just seems to work. To sound a bit old fashioned, they don’t make them like this anymore. I’ll let you decide if that’s a good or bad thing. 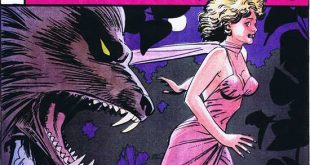