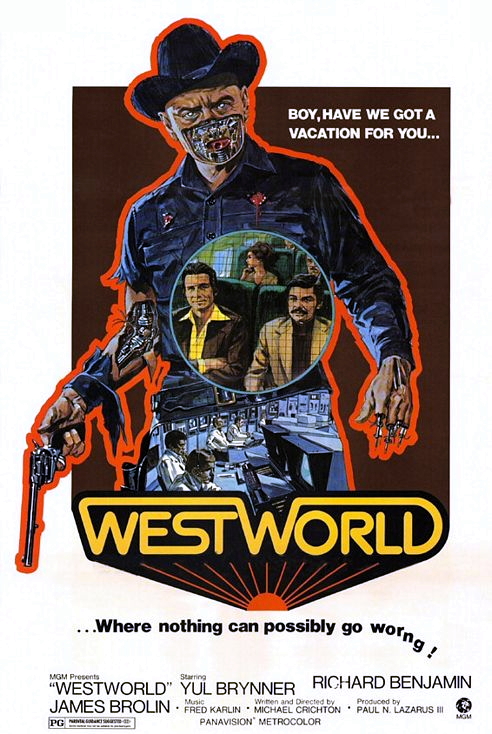 “Peter Martin and John Blane decide to take a holiday in a high tech amusement park, Westworld. Here they get to play cowboys – saloon brawls, saloon girls and quick draws against the town’s gunslinger – with lifelike robots. All is well for the first few days but when the park’s central computer malfunctions, the built-in safety features are turned off and the robots begin to attack the guests. The gunslinger in particular seems indestructible and relentlessly pursues his prey.” (courtesy IMDB)

Some of the best known films of the seventies such as Close Encounters Of The Third Kind (1977), Star Wars IV A New Hope (1977) and Flash Gordon (1980), have already been discussed here on Horror News, and they were a fairly cheerful bunch on the whole. But science fiction films during that decade were full of forebodings as well. We might need to cope with enigmatic alien creatures as we did in Solaris (1972) or Superman (1978), while some alien visitors will be quite innocuous, perched in front of their televisions like The Man Who Fell To Earth (1976). If all else fails, we can always go out and have adventures at the other end of the galaxy as seen in Star Trek The Motion Picture (1979) or The Black Hole (1979). Life may be dangerous in the future, but it certainly won’t be dull. Perhaps the future will see us trying to kill ourselves playing lunatic sports like Rollerball (1975) or Death Race 2000 (1975)? A much better film about surrogate violence is Westworld (1973), the feature-film directorial debut of novelist Michael Crichton, who was inspired to write the screenplay after a trip to Disneyland where he was impressed by many of its animatronic characters. Westworld is part of a Disneyland-styled theme park of the future called Delos, along with Medievalworld and Romanworld. 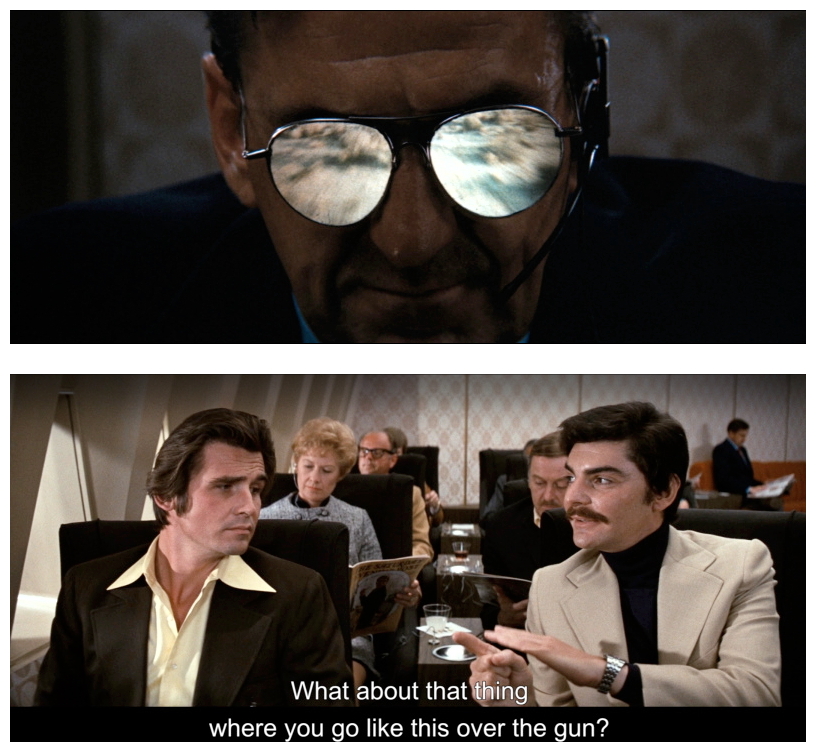 But animatronic technology has come a long way, and these three areas offer surprisingly convincing simulacra of the real thing, though many of the ‘people’ who live in the old-time Wild West township are actually robot duplicates, as are the horses, snakes and other animals. They’re cleverly made though, and visitors who stay at the local inn can make love to robot whores and have shoot-outs with robot gunmen in the secure knowledge that in both cases they will come out on top. But, as is typical of Crichton’s work as both a writer and a filmmaker, perfect systems always find a way to wrong. The film begins with the arrival of two visitors, Peter Martin (Richard Benjamin) and John Blane (James Brolin), who both enjoy themselves on the first day by out-shooting the local gunslinger (Yul Brynner) and sleeping with the robot saloon girls (Majel Barrett-Roddenberry, Anne Randall). 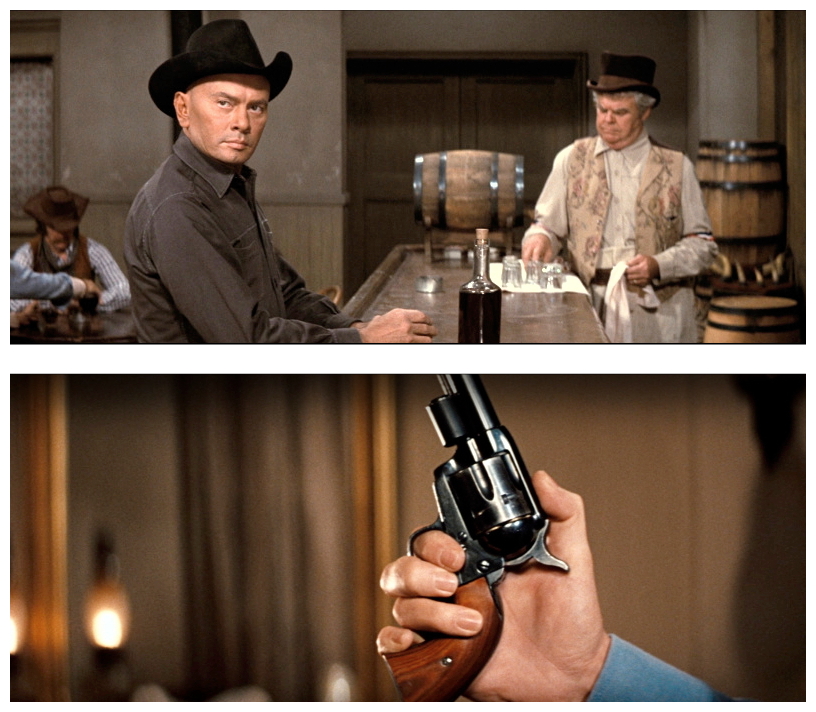 The fantasies of machismo being lived out by the tourists (mostly men, as woman seem to prefer Romanworld) turn into nightmares. Things go drastically wrong the following day when the robot gunslinger actually outdraws Blane and shoots him dead, leaving Martin in a extremely frightening position. Up until this point, Westworld seems as if it’s going to do something out of the ordinary. The Wild West park isn’t based on the real Old West but Hollywood’s recreation of it, a point emphasised by the fact that Brynner wears the same costume he wore in The Magnificent Seven (1960). The lethal implacable Brynnerbot seems to be indestructible as he stalks Martin through the corpse-littered streets, not even pausing when his face is destroyed by acid, a memorable image which abruptly reminds us that he is indeed a robot, revealing the whirling cogs and flickering circuits beneath. 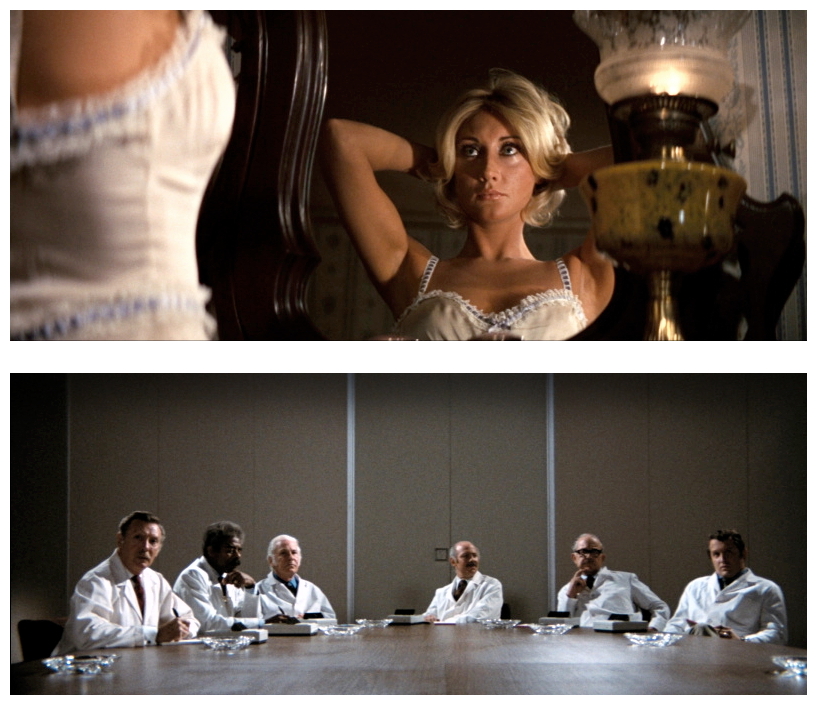 Needless to say, Brynner’s portrayal of the unrelenting emotionless pursuer was the inspiration for John Carpenter‘s Michael Myers in Halloween (1978). At first the film seems to be about a man who discovers that his machismo fantasies (created and nourished by films and television) are somewhat redundant in the face of grim reality. But from this point on Westworld becomes the sort of film that visitors to the park would like to pretend they’re a part of, a film in which the hero overcomes all odds by blasting his way to victory. What is perhaps most significant about Westworld for a modern audience is just how ahead of its time it was. Delos presents not simple historically accurate depictions of these worlds, but mass-media constructions where grown-ups get to play out their violent and sexual fantasies, not unlike the blockbuster films of Hollywood today. 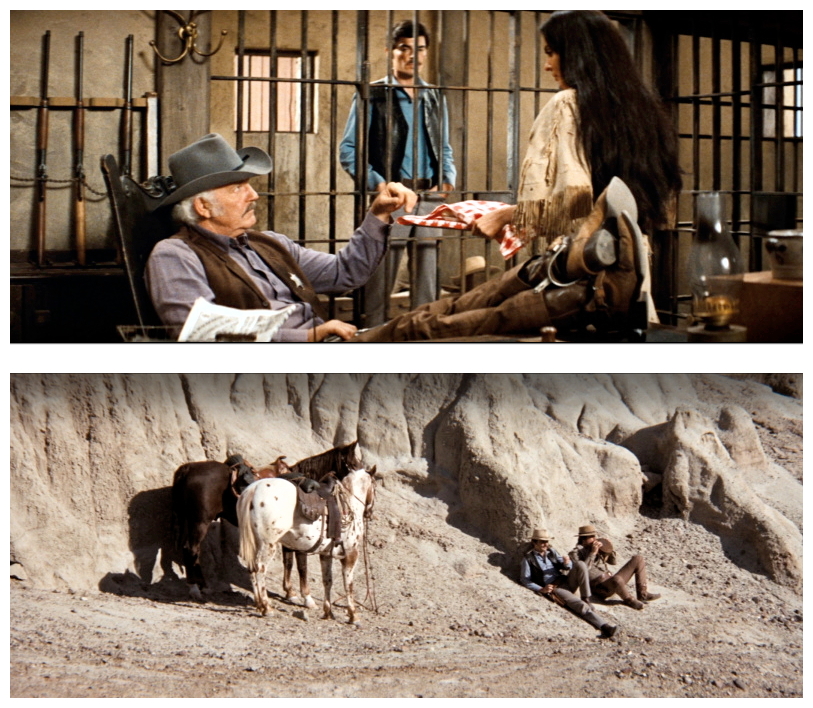 The worlds of Delos are based solely upon the artifice of cinema, with second-shelf actors playing our surrogates on-screen, while more respected Hollywood actors are self-evoking their own stardom (in fact most of the cast is made up of actors known for their TV work: Dick Van Patten, Steve Franken, Alan Oppenheimer and others). Though entertaining, the film is ultimately a disappointment because it fails to deliver what it promises, and is rather vague on the reasons behind the robot revolt, although a supervisor does talk of a computer virus, possibly the first time such a virus has been mentioned in movies. As a film about the absurdity of male fantasies, Westworld is excellent but, as a film about the revolt of the technological world against the humans who created it, it’s rather predictable but still good fun. This is more than can be said for its disappointing sequel, Futureworld (1976), which is set in another newly-built section of the theme park complex. There are some entertaining sequences, mostly derivative of the first film, but it is a thorough mess. 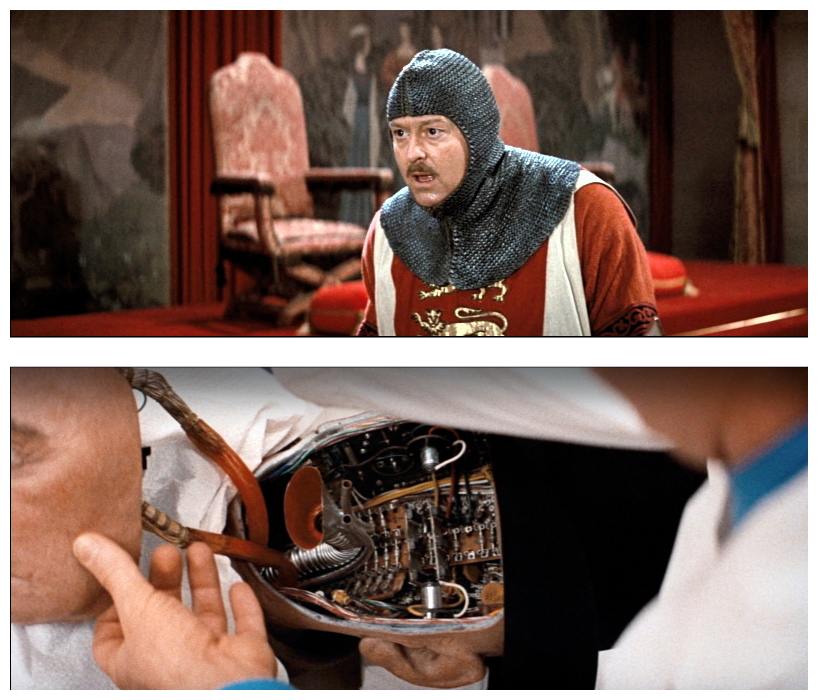 Four years later CBS broadcast the short-lived television series Beyond Westworld, expanding on the concepts and plot of Futureworld with new characters, but ratings were so poor only five episodes were produced (The DVD I viewed recently included a nine-minute vintage featurette On Location With Westworld, as well as the pilot episode of Beyond Westworld. Almost fifty minutes long, it’s an interesting inclusion that fans of the original film might find a cool curiosity). Despite rumours of a remake in the nineties, the Westworld property lay untouched for quarter of a century, until this year when HBO announced a new television series produced by J.J. Abrams, directed by Jonathan Nolan, starring Anthony Hopkins as the director of the facility and Ed Harris as the Brynnerbot. And it’s on this rather promising note I’ll bid you a good night and look forward to doing the zombie stomp with you again next week when I have the opportunity to lay at your feet another dead bird from the dodgy chicken shop known as Hollywood for…Horror News! Toodles! 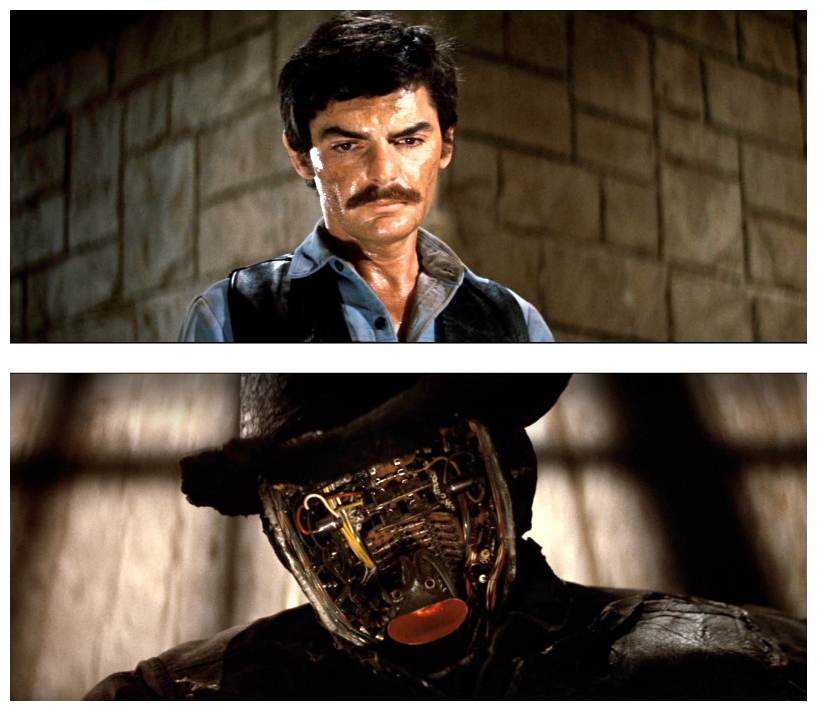