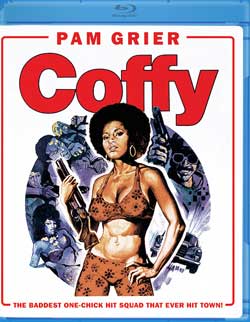 Shot and released in 1973, “Coffy” was indeed the kick-start movie for Pam Grier’s femme fatale series of films that followed (most notably “Foxy Brown”). Pam who wears her afro like none other, brings a unique beauty to the screen (that only draws even more attention to her beautiful rack usually wrapped in some of the most notable outfits in blaxploitation cinema). You might say, that with the violence, revenge streaks, and ass kicking……Pam delivers sexiness, fashion, and culture.

Grier-starred films not only served as a catapult into her cult status career, but to additionally ignite an entire generation of black-centric films that offered more than stereotypical roles. Pam is always the hero, often doing so by inflicting some of the worst damaging payback sessions in cinema.

“Coffy” provides a precursor to Griers other femme-empowered film “Foxy Brown“. The film written and directed by Jack Hill (also the creator of Foxy Brown), is a direct reflection of its era, its culture and of course the  fashions of its time. These films are not only intriguing from a time capsule point of view, but from an early induction of the grind- house era that was so prevalent during its time. You could expect to see these black-themed street violence movies appearing in droves with more Eastern cultured Martial arts films usually at drive-ins or small town movie theatres.

The films brings out the best of the genre-common traits that made these movies so attractive which includes violence, drugs, sex, prostitution, crime, mob-ring themes and of course…..vengeance. In the film, “Coffy”,  Coffin works perfectly (in her skin) as a nurse by day, bad-ass by night who despite being outnumbered, out manned, and curiously too eager to start a war is driven by her personal beliefs in what constitutes fair game and an eye for an eye.

Coffy is indeed a “ghetto superhero” on one hand and a cold-calculated bitch on the other. Her sexiness and smile get her into alot of doorways that otherwise might be more off limits. This works in her favor only inflict her due revenge upon those in power in their most susceptible moments (usually right after sex!).

Of course, viewers are always anticipating those few “grab a peek” moments of Grier bodacious assets flying free to finally reveal themselves as we are teased thru provocative outfits, but hey….it’s what sells and sells (quite well) for Pam. With that said, Grier handles her roles not with acting superiority but with charm, pizzazz and sassiness. 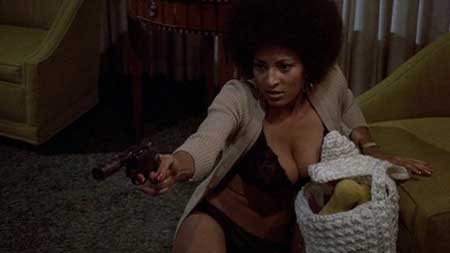 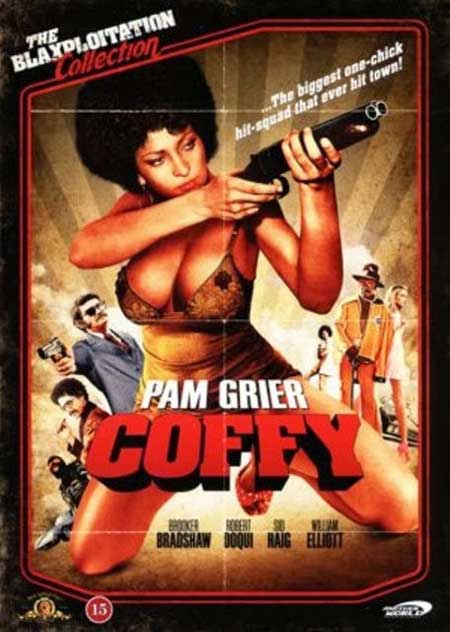 On that note, the film “Coffy” is chock full of quirky little catch melodies and songs that while are far from radio material, provide humor in lyrics full of colorful lyrical content that often goes nowhere. Repeated “Coffy is a color” finds its mark as a soundtrack piece to set the mood complete with funk foundations and choppy lil beats. Surely these musical inclusions will always be a direct part of the film it accompanies.

All around cool shit….. Coffy offers alot under its tiny package. Pam Grier is one hot lady that totally rocks the screen!!