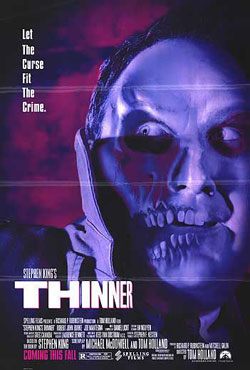 Obese attorney Billy Halleck (Robert John Burke) accidentally runs over a gypsy woman with his car. When his police cronies and the judge help Halleck cover up the incident, the victim’s father, Tadzu Lempke (Michael Constantine), puts a carb-conscious curse on his daughter’s killer. Before long, hefty Halleck is dropping an incredible 40 pounds a week, and his only hope of survival lies in Tadzu’s hands. Based on Stephen King’s best-seller.

Stephen King’s “Thinner”, commonly mistaken for a mediocre movie, is in fact a crap-tastic masterpiece. I’m not exactly sure WHAT Stephen King was on when he wrote this story, but I do know he was on SOMETHING because the amount of outrageous sh*t that happens within the 92 minutes of this film puts it in the upper echelon of absurdity…and I loved every second.

Let’s get this out in the open real quick: I will freely tell you all that I do not read. I mean…I know HOW…I just choose not to. I admire people who do, and value the written word, but generally speaking I don’t have the patience to get through 500 pages. Oddly enough, however, the last time I DID read a book was about 5 years ago when I blew out my cerebellum out by reading the entire “Lord of the Rings” trilogy all in a row, although that was more because my need to be a geek far outweighs any other natural instinct I may have. THE POINT BEING, that I have not READ “Thinner”. So for all I know the book is the second coming of “Superfudge”, but it’s clear to me that things didn’t translate QUITE as fluidly as the filmmakers may have hoped for.

The plot outline is simple enough: Giant fat man Billy, an attorney who specializes in defending non-threatening Mafia members FROM MAINE (???) accidentally runs over and kills an old gypsy woman because the blow-job his wife is giving him is distracting him from driving. This, in turn, brings on the wrath of the dad from “My Big Fat Greek Wedding” inspiring him to curse bulky Billy so that he looses weight until he wastes away and dies….AND HIJINX ENSUE!

Now, with all that said a lot of the madness in “Thinner” is quite subtle. It’s not as in your face as, say…”Troll 2″, “Zombi 4” or “Halloween 5”, so you’ve got to keep your eyes open and pay attention. This is the kind of movie you may have to watch two or three times just to truly appreciate how from bonko it actually is. So let’s take this one line item at a time:

– Fat Guy Suit: I thought it was funny that the making of doc accompanied the “Thinner” DVD spent so much time on the make up effects when the fat guy suit is one of the most distracting prosthetic jobs in the history of horror. If you ask me Weird Al Yankovic’s fat suit
in the video for “Fat” is FAR more convincing (“I know I gotta piece of pizza in here SOMEWHERE”). The other problem with fat Billy has nothing to do with the make up and more to do with the fact that Robert John Burke, who plays Billy, gives us the most forced fatman imitation since Monty Python’s Mr Creosote. His choices were suspect at best: waddle around like a penguin, talk as if you are constantly swallowing a turkey leg, and make lots of goofy grins and funny faces…cause you know…ALL fat people are jovial goofballs…they are RIGHT??

– Kari Wuhrer: If you are like me then your groin probably imploded the first time you saw Kari Wuhrer co-host “Remote Control” on the early days of MTV. Kari Wuhrer to me REDEFINED the meaning of the word “hot” in the late 80’s. Hot chicks didn’t look like that back then. They looked more like…BLAIR from “The Facts of Life” or Debbie Gibson…or Glenn Close even. Needless to say, even the d*ck-chopping hotness of Kari Wuhrer can’t help her inter-dimensional portrayal of “Gina Lempke” the young hot-headed gypsy girl. This chicks fuse is SO short she makes Annakin Skywalker look calm and reasonable. Not to mention her “accent” sounds like a Count Chocula commercial on helium.

– Gypsies: The bad guys are gypsies?? What modern movie uses gypsies as bad guys? The last time gypsies were bad guys in a movie was the freakin “Wolf Man”. How did the gypsy community react to this film? According to the movie they bring “disease, crime, and prostitution” wherever they go. Dang really?? Doesn’t get much harsher then that. Apparently they also just wander the lands shooting dudes in the hand with sling shots, putting curses on people and running carnivals. The main bad guy gypsy, Tadzu Lemke played by the esteemed “Big Fat Greek” dad Michael Constantine, is apparently 106 and a sorcerer or magic man of some kind. He also has a WICKED bad case of acne. Apparently at 106 he still suffers from the occasional break out.

– Flagrent Dorito Eating: Secretly recorded dialog from a “Thinner” writers meeting – “hey guys…I know that we are going to have a fat suit on this guy, but what else can we do to show the audience that he’s real fat and loves food? I know! Let’s have him standing around eating Dorito’s all the time! You know? Cause hes fat and can’t resist food! Maybe he can chomp on them while standing around in front of the courthouse, while driving, and we can litter his kitchen with bags of them! Cool ranch AND original! Plus the Dorito’s people would pay TOP dollar to be featured in THIS film. They would right?

I mean…why wouldn’t a brand like Dorito’s want to be associated with someone who gorges on their product so hard that they get up to 300lbs and fear a heart attack or stroke. THIS IS GREAT! I love it!”
– Gun Fight!: Ok, lets break this down here…Joe Montegna recieves a machine gun IN THE MAIL. He then decides the best way to get the gypsies to reverse the curse on Billy is to go to their camp, open fire, and and COMMIT MASS MURDER. Meanwhile the gypsies, always on guard for an assualt are ALL armed and a gun battle ensues….on a field….in the middle of Maine. Did I mention this movie is BRILLIANT?
– Cursed Pie: Any movie that has a climax involving a character getting killed by a cursed STRAWBERRY PIE is a work of sheer genius as far as I’m concerned. This movie has so much to offer already, yet this is by far the master stroke. Let me repeat this just in case you didn’t really get it…He kills his wife with a cursed pie! and points out that it’s Strawberry…her favorite! You see Billy was once cursed, but the old gypsy transferred the curse into a PIE to then curse who ever eats it. I wish I more to say about this to really give it the impact it deserves but its hard because HE KILLS HIS WIFE WITH A %$%*@ CURSED PIE!!

As far as camp goes “Thinner” is surprisingly skilled. The dialog is not terrible, there are some performances that don’t suck and some decent effects including a guy who is apparently turning into a lizard, but looks more like a giant cigarette ash. It even has a little bit of tention and suspence. There were too many talented people involved in making it for it it to be utter B level shlock. I’d say it’s the film equivlant of AC/DC recording an album of polka.

Now, if you are the type of person who doesn’t enjoy ‘FUN’, or ‘good times’ you may say “Eff you Loren! Thinner was STUPID! If you want GOOD Steven King sh*t check out the TOMMYKNOCKERS!”. To you I say chill and don’t take things so seriously. You’ll miss some good bits in life cause you wasted too much time trying to detect all the subtext in “House of 1000 Corpses”. 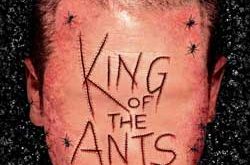 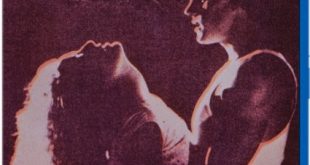 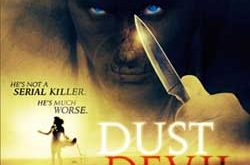 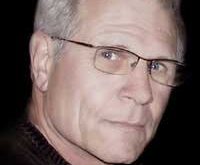