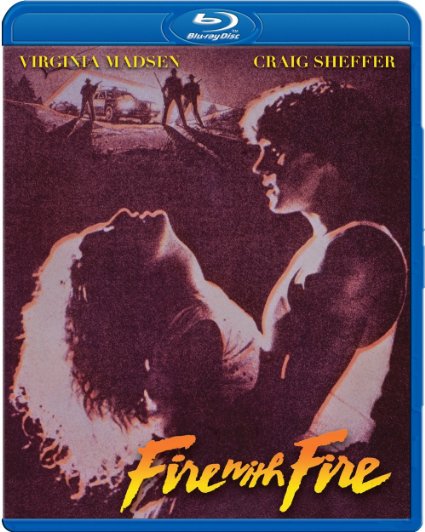 A young woman from a Catholic school and a young man from a nearby prison camp fall in love and must run away together to escape the law, the church and their parents.

Fire with Fire.…..you say! what could this old 80’s film possibly have in common with a horror review site? Let’s just say, this is an old favorite of mine that I felt fits nicely in our cult films section (hey…. as the owner of this site, I’m not limited by any particular set of rules, so bear with me as I indulge in an old favorite)

Whether its deemed culty or not, it is a great lost gem that echoes some of the great moments of the 80’s. Namely its 2 star actors, and a very era-centered soundtrack. You have to check out the “school dance” segment to really get the true 80’s vibe I’m talking about. The film is alot of fun to watch and a pretty good drama at that. 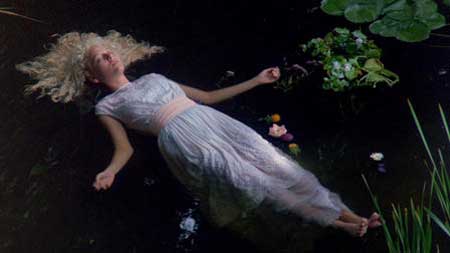 On with the review!
Lisa (Virginian Madsen) Taylor is a student of an all girls school run by nuns (aka Catholic boarding school). Joe Fisk (Craig Sheffer) is doing some quality time in an all boys prison camp for unruly teens who need a little discipline in their lives. You could call it a prison but its falls somewhere more between a retreat and a boys camp.

Joe happens upon Lisa (in the woods) as she is in mid-shoot on a class assignment (that has her trying to duplicate the painting “Ophelia” by John Everett Millais per a photography project). They meet yet again when the boys are given a movie outing as a earned reward. The passing glances exchanged motivate Lisa to suggest a charity dance that invites the prison boys over for an evening of dance. This sparks the film’s core meet-up between the 2. One that sets the tone for the rest of the film 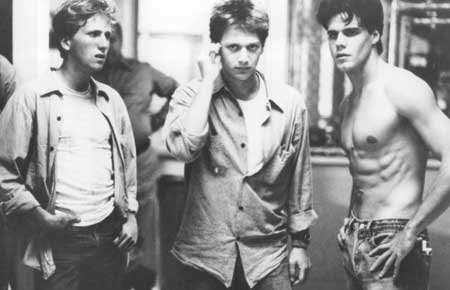 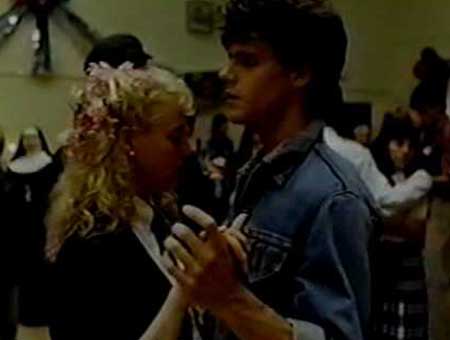 This romantic drama takes the direction of so many films from that era. Boy meets girl, they fall in love…and then circumstances try and keep them apart. We know this ploy never lasts…as it wouldn’t be a true 80s film if the boy didn’t get the girl. While some of the script could easily be deemed “silly”, the movie itself was sort of an early bridge for some later know actors to get their starts. Actress Virginian Madsen is a beauty to behold that falls more in line with the term “heavenly”. This charm and her trademark smile would serve her well on her future career…but for now, fans of Madsen know that “Fire with Fire” was one of her true career gems.

Actor Craig Sheffer with his likeable persona and square-jawed profile would also go onto many roles of the years (such as Nightbreed). I am more likely to point to his era as his golden years over later roles. Sheffer “should” have been one of the brat pack actors of his time, however many of those roles would go out to other names from the 80’s actor pool. The movie also happens to be one of the earlier films for actress Kari Wührer and D. B. Sweeney. 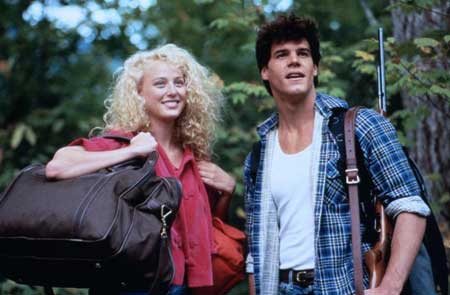 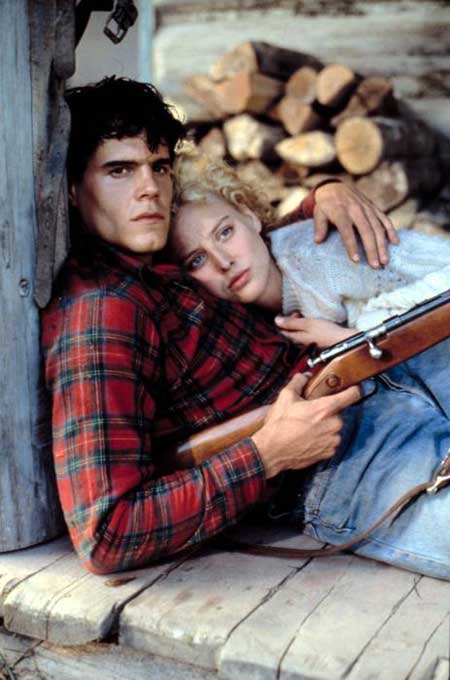 The film is designed to show the perseverance of 2 souls in love that will persevere over any odds (including a boys prison or a prudish Catholic school). Though it doesn’t hurt that they are located within the same vicinity for private rendezvous (in the event that they want to meet up at the local cemetery…..hmmm). Head warden Mr. Duchard (Jon Polito) acts as the film main antagonist who embarks on a gun toting chase after the couple. The 2 of them walk off into the sunset after taking a daring plunge to freedom…what more is there to say? It’s a good time, for sure…. 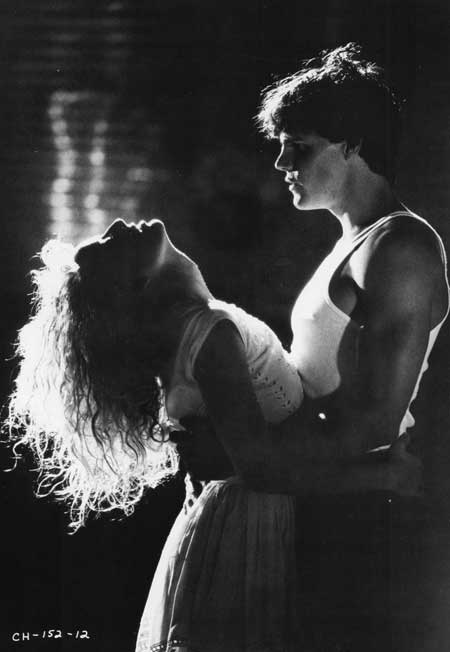 The film is a charming experience powered by some great songs from that time. Many of the songs would never quite find their way to an official soundtrack, though would still make their way into private collectors hands over the years for fans of the movie. A bluray release of this movie culminates the best version to date over the often poorly copied video bootlegs that circulated. You have to give the credit to Olive films for porting this one over to bluray. I certainly do!
I would have loved to have seen the main actors doing some present day interviews in regards to the film, however this release is just the movie alone.

You can purchase the “Fire With Fire” now in its bluray for over at Olive Films, which can be found here