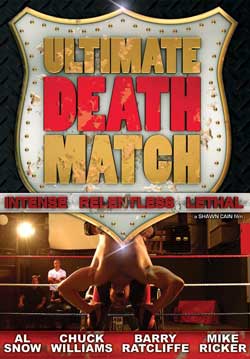 After a death in the ring of one of their superstars, the FOPW (Federation of Pro Wrestling) lose their licences. Promoter Jake Reed is forced to hold his illegal matches on the internet with one big catch . . . all matches are to the death! Someone will die in front of millions of rabid, bloodthirsty fans. Not since the bloddy days of the Roman Gladiators has there been such a public exhibition of savage combat!
LET THE BLOODY GAMES BEGIN!

With a film sporting the name of “Ultimate Death Match”, I suppose I was expecting something else. We have seen many such programs which also feature these titles usually in tv series form, so I was guessing it might be a best-of style event featuring some of the worlds top hard core fighters.

I was far from that. Now I wont ignore that the fighters were mean, big and nasty, though I think the whole ordeal is a bit confusing in its delivery. For one, we have a death match which suggests “death”. But on the other hand we have WWF wrestlers who are using some of their trademark moves. These moves are meant for entertainment and prolonging the matches but are not what you would expect from those who are challenged with winning 5 million or dying on the mat. We are told that it’s a no holds bar match, but then we see the wrestlers issuing those half style punches and theatrical head t the posts moves…..WE are essentially watching them wrestle in the style they know how, but not in the sense that your life is at stake. Very little blood if any is shown with barely any attempts to really get in there and kill the other guy. This is what makes the film fail as a film. It’s not reality, it’s not quite a film…. it’s a combo that meets half way. We even see the “on-set” camera men filming each other as they are filming the event. These challenges last for awhile and seem to get repetitive with ever new entry. Some of the trademark wrestler speak announcements are woven in with threats of bodily hard and execution but we are used to seeing that on tv in the same capacity.

I kept removing my self from the movie and asking the question….if your there to kill or be killed then get it over and really kill the guy (with FX of course). Instead we had hard nosed, hard bodied wrestlers who get slapped to death or knocked unconscious to the point where they are declared dead. Ya didn’t work for me.

Now if that didn’t wave you, then maybe we should mention the heart of the film …..its premise. Promoter Jake Reed has been ousted from the wresting federation which resulted in a loss of license. This gets him thinking as he orchestrates an Internet match that is expected to bring in several million alone from sign ups. It’s promoted as the ultimate death match and exploited in that form as well. The match is set in what appears to be a basement housed ring with only a handful of onlookers. The real money is in the online subscriptions to the event which will also reward the winner with 5 million. It all makes sense, except for the before mentioned facets of the film. The movie tries to weave in a subplot of a shady operation with plans on running off with the dough but that falls short on some bad acting and a forced approach to the idea.

The product for me was a total let down. I kind of felt that wrestler fans and ultimate fighting fans would both be let down just in its hybrid feeling product approach. Nothing ever feels legit which takes away from its main draw. There is no real death match, there is no adequate imagined death match and there is nothing here that you wont see on tv by adding some acted segments in between. At least in a real match, you know there is a level of violence that can’t be avoided. But when a match is cut between takes and re-cut the whole deck of cards seems to fall. The film was helmed by director Shawn Cain who I’m guessing will hopefully read the reviews to make adjustments on the next product. As I type it looks like there is a sequel under the moniker of “Ultimate Death Match 2” which I’m hoping is a step more in the right direction. Pick an approach and really put in the production that is needed to make these films feel like films. Hire a crew of actors, fx artists and make it all work…that’s my 2 cents…over and out! 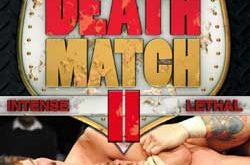 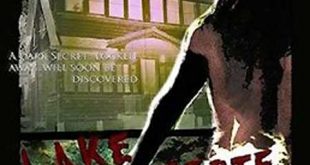 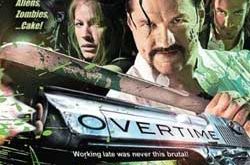