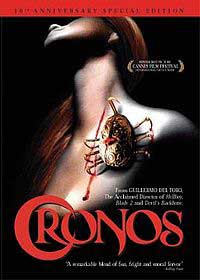 “In 1536, fleeing from the Inquisition, the alchemist Huberto Fulcanelli disembarked in Veracruz, Mexico. Appointed official watchmaker to the viceroy, Fulcanelli was determined to perfect an invention which would provide him with the key to eternal life. He was to name it the Cronos device. Four hundred years later, one night in 1937, part of the vault in a building collapsed. Amongst the victims was a man of strange skin, the colour of marble in moonlight, his chest mortally pierced. His last words: Suo tempore. This was the alchemist. The authorities located the residence of the dead man. What they found there was never fully revealed to the public. After a brief investigation, the mansion and its contents were sold at public auction. Never, on any list or inventory, was the Cronos device mentioned. As far as anyone knew, it never existed.”

Every now and then a movie slips through the net. With some movies it’s not that big a deal. Easy come, easy go. Not so with Cronos. I feel as though I should be hanging my head in shame for having let this particular movie stay under my personal radar for about seventeen years. Still, suo tempore, I finally managed to see this early Guillermo Del Toro masterpiece a couple of weeks ago as part of the Vampire Awareness Month on Mark Deniz’s blog. 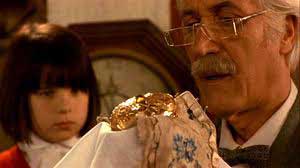 After the initial voice-over (see synopsis), the movie moves to seventies Mexico. Antique dealer, Jesus Gris (Federico Luppi), discovers a gold, clockwork beetle inside a small statue of an angel; his curiosity is roused after a man enters his shop, paying special attention to the statue.

A wealthy industrialist, De La Guardia (Claudio Brook), has been seeking the Cronos device for years in the hopes it will reverse the steady progress of the cancer which is tearing through his body. Numerous angel statuettes are kept in his apartment, testament to the years of fruitless searching for the device. He has buyers out searching for the statues, mediated by his nephew, Angel, beautifully played by Ron Perlman. Jesus removes the Cronos device before Angel arrives to buy the statue on his uncle’s behalf. 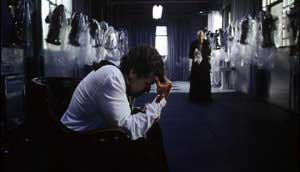 With his grand-daughter (Aurora) looking on, he winds the clockwork mechanism to see if it still works. Clamping itself on his palm, the beetle pierces Jesus’ skin and draws blood beginning the process of transforming Jesus into a vampire.

As Jesus begins his slow transformation, De La Guardia realises the antique dealer must have found the device and has the shop burgled in an effort to uncover the device. This brings Jesus and De La Guardia into direct contact with each other and creating a stalemate. Jesus has, and is using, the Cronos device: De La Guardia has the original, hand-written notes detailing how to correctly use the device.

The rest of the movie draws us into De La Guardia’s efforts to take the device from Jesus and the metamorphosis of Jesus himself as he moves ever closer to full vampirism. 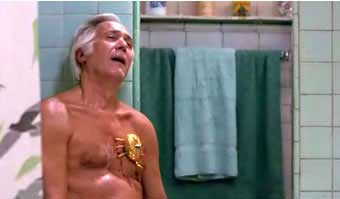 Vampire books and movies are constantly striving to inject something fresh into the old legend – new blood, so to speak. It doesn’t always work out – look at Twilight for a recent example of total vampire fail – but Cronos works just beautifully. Mixing vampirism with alchemy is a perfect combination. Alchemists, in their most esoteric form, were not just obsessed with the transmutation of base metals into precious metals; they were also seekers of immortality, the Holy Grail so to speak.  As for vampires, well, they were flesh made immortal, just what the alchemists sought.

Del Toro intertwines the two themes throughout the film without sensationalising either the narrative or the characters. The strong cast, especially Luppi, Perlman and Brook, make Cronos one of the strongest and most poignant vampire films I’ve ever seen. 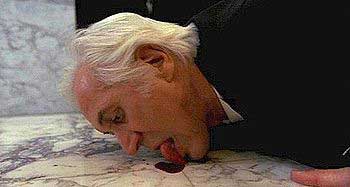 Luppi brings a depth to the vampire which is rarely seen in modern cinema; there is no sparkling, devilishly handsome man here, just an old man feeling a little younger. Perlman revels in his role as Angel, an unwitting pawn in his uncle’s desire for immortality. Brook, as De La Guardia, is cold and clinical in his wish to avoid death and disease through becoming a vampire. 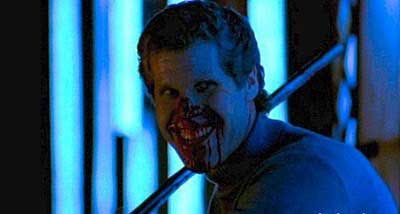 That Latin phrase, back in the early voice-over, suo tempore. It means in its own time, and that sums up this film precisely. From its title, Cronos, a word which originally meant the personification of time, to the names of its central characters, all of which have religious or metaphysical meaning, this is an intricate film designed to make you think as you watch the story unfold. If you want your vamps reduced to gore and sparkle, then Cronos is perhaps not for you. If, however, you want a movie with intensity and humanity, a story which really explores the myths and adds something new to the mix, then give Cronos your time, you won’t regret it. 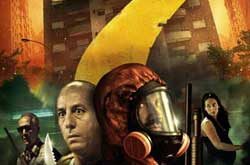