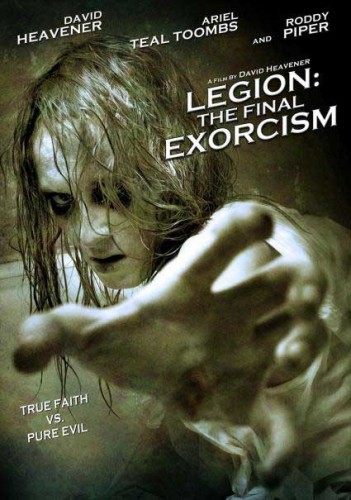 Legion: The Final Exorcism (aka Costa Chica: Confession of an Exorcist): Michael San Chica is an ex-priest. He is also an investigator documenting true events of demonic possession. When Michael comes to the rescue of the newly possessed Tatiana McMurter, daughter of a Baptist minister, he discovers that he has encountered this demon before… A demon he vowed to track down and send back to hell. Because this time it’s not business… it’s personal.

On the tail of some devil possession resurgence arrives a new entry sporting parts of 2 known film sin its title. “Legion: The Final Exorcism“. Now I’ve been in marketing long enough that I know the film will sell a few copies on just title alone, though can it measure up in the wake of much bigger budgeted releases?

As father Michael San Chica (David Heavener) makes his way to solve a possession case, he runs into situations that suggest misleading information, neighborhood paranoia and even a handicapped person mistaken as a possessed demon. Though we know that all this is going to lead up to something more “unexplainable” that will test his priest skills and exorcisms techniques.

“Legion: The Final Exorcism” sort of starts off almost like it’s a tv series, complete with origin intro and a narration that sounds like something you’d hear from a 1980’s Incredible Hulk” episode. The film is stated as being “based” on a true story, which is fair enough as any possession film can be based on a possession story reported. Though as a long time viewer of demon-rooted films myself, the real efforts payoff if the movie offers something to be frightened of.

This is where, in my opinion ….the film fails. Though I’ll try and clarify as to not shrug it off merely on a low budget run. I’ve been a fan of kinetic editing, but it’s had its day as well and just doesn’t translate like in the early 2000’s. These techniques of speed up the camera footage, overdubbing layers, cranking in impact sounds and inserting shock cuts only works “some of the time”. Usually it works as a embellishment rather than a style for any horror moment within a film. Legion: The Final Exorcism just edits in too much and doesn’t really build into the material.

So what we are left with is alot of assumed creepiness that doesn’t deliver due to timing and overkill. A good example was “Last Exorcism” which void of any of this delivered on a pinnacle moment where the actress was filmed doing some impressive contortions. That in itself worked.

An excess of maggoty mouth clips and red lighted practical effects not so much. But to the respect of the team involved, I will say there was some great editing work going on. What I think probably hurt it the most was the use of video “transitions” which are best left as a newbie tool and left out of professional productions. There also was some well set up harrowing scenes that might have worked better in a lengthened “milked” sense than as a music clip flash. 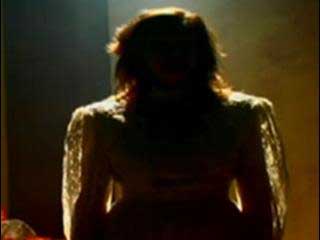 As Sancheeko makes his way thru the BS, he runs into Roddy Piper who seems to reject the priest’s intentions rather than acknowledging them. Though in final confrontation its the visiting of a young female who is literally possessed, that really tests the priests faith and ability to exorcise.

Legion: The Final Exorcism is directed by David Heavener and stars Ariel Teal Toombs as Tatiana McMurter with Roddy Piper playing the role of Lucas McMurter. 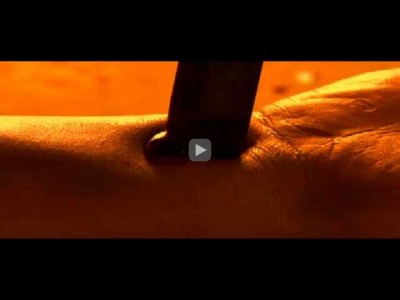 Legion: The Final Exorcism throws on some kinetic nightmares while also attached too much to derivative content. Nothing here will scare you, but it might still give you the creeps. Even though I wasn’t a huge fan of the “Last Exorcism“, your better off on that presentation.