New Poster for After Dark Films – ‘Scream of The Banshee’

After Dark Films have unveiled the poster for their upcoming film SCREAM OF THE BANSHEE. Starring Lauren Holly as Professor Isla Whelan and Lance Henriksen as Broderick Duncan, SCREAM OF THE BANSHEE is a new look at the Banshee mythos and will be released sometime in 2011. 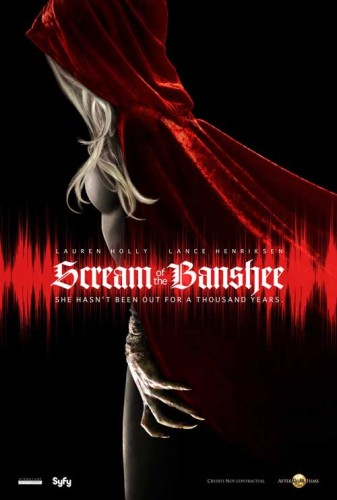 Official Synopsis:
“An archeology professor unearths a dangerous artifact, unwittingly releasing a creature that is able to kill with the power of its bone-splitting scream.”

Tags After Dark Films Scream of The Banshee