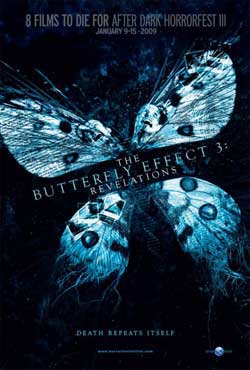 When he discovers that he has the ability to travel through time, teenager Sam Reed (Chris Carmack) uses his newfound power to unravel the mystery surrounding his girlfriend’s (Rachel Miner) untimely death. Despite his noble intentions, Chris inadvertently disrupts the space-time continuum and unleashes the wrath of a psychopathic serial killer. Directed by Seth Grossman, this sci-fi thriller also stars Daniel Spink and Richard Wilkinson

In the interest of full disclosure, I think I should tell you all that I had not interest in watching this movie prior to being sent a review copy. In fact, I was so put off by the existence of it that I kept putting off watching it for free until i finally convinced my wife to endure it with me. I really liked the first film, it was ballsy (at least in the directors cut), thoughtfully emotional and a decent mindf*ck that showed me that Ashton Kutcher can kinda/sorta act. But if I liked it so much, why wouldn’t I want more? Simply put, the first one said everything it needed to. The thought was done, the ideas were used to their strongest degree and that was it. Any additions could only repeat the same idea or go so far away from the core of the original that there would be no reason to refer to it as a sequel (The Exorcist 3 is a great example of this). My predisposition against this film cannot help but flavor my opinion of it. 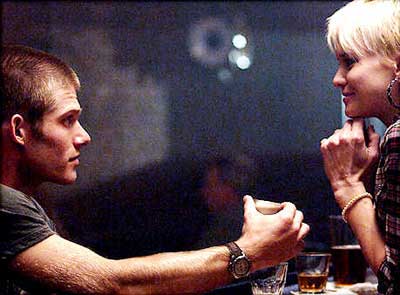 So, in this one we have Sam Reide, yet another guy who is able to consciously force himself unstuck in time. The big difference here is how he is using that ability in the beginning of the film. With the help of a physics professor, Harry Goldberg, and his sister, Jenna, he flits back to the time specific murders occurred and watches so that he can identify the perp to police once he returns. For profit. Yep, he’s kinda like a superhero snitch (he even gets an arch enemy) and yepper there are other people who know what he can do and work a bit like a mentor (Harry) and sidekick (Jenna). And there are rules this time. No going back to events that affected his own life, since he would be too tempted to change things. No going back to the same time twice, since the inherent paradoxes would scramble his brain. And, of course, no changing anything in the past. Of course, since there are questions regarding the murder of an old girlfriend, you know he’s going to break at least two out of three and you know that hijinks will ensue.

Actually, this isn’t a particularly bad movie. Certainly, it isn’t the horrid offense to the creation of the moving picture I had half expected. For the most part, the acting is decent and is almost never distractingly bad (except in the case of Lonnie, whose “It’s not fair!” is almost at Troll 2 “OH MY GAAAAAAAWD!” level of crap). Most of the characters are at least likable and the Prof absolutely kick ass. Seriously, I’d love to grab a few beers and talk Dawkins with the hairy, tubby bastard. It is also filmed well and moved at a brisk pace. 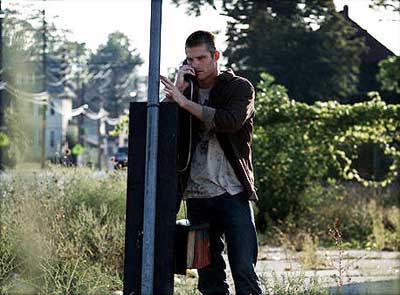 Further, this puppy laid it all out on the table in terms of the sex and gore. In the wet and sloppy department, we are treated to a hammer smashed face, a bloody throat slitting, a body split damn near in twain and some flying fingers. In the screaming and pounding end I have three simple words: “glass smashed tits.” The only time you’ll laugh hard is during the faux-rape scene. I never would have put rape and comedy together before, but there is no way to not bust an appendix when you here someone yell out, completely serious: “I shouldn’t enjoy raping you!” The vaginally enhanced among the audience also get a fair share of man-nipples, even if they are quite solemn man-nipples. 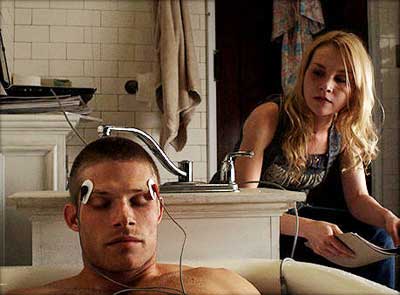 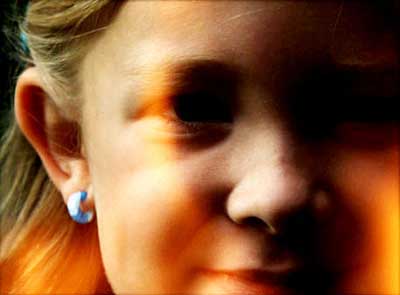 Even if I ignore Richard Wilkinson’s (the aforementioned Lonnie) pathetic attempt at pathos and the completely inappropriate and unnecessary use of played-out gangsta rap to let us know that we are in “the ghetto” (oh, I get it! black people all live in the ghetto and all people in the ghetto like rap so rap must signify ghetto-ass). And the pass-out sequence that waay too funny to have been intended that way. And that it basically becomes Run Lola Run near the end. Those minor quibbles aside, the big problem is that this is essentially a standard detective story with the added element of time travel (hence the super-hero reference) thrown in to make it a “Butterfly Effect” type of story. 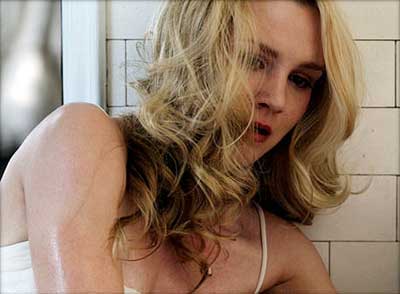 The plot and even the basic narrative devises of the original were not what made it a good movie, the ideas behind it all were. Revelation has none of those.