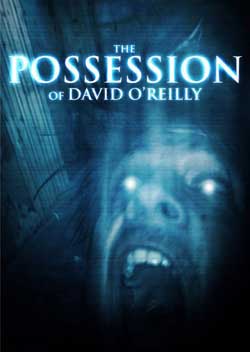 Kate and Alex are your typical young couple who are trying to make it on their own. Little do they know that in only a matter of three days their entire world is about to be turned upside down by the arrival of Alex’s friend David who brings more than just your typical drama into their homestead.

“That stuff is evil!”

The Possession of David Oreilly starts off by introducing the characters Alex and Kate who are a young couple on their own. Alex has recently hooked up the couples webcam to a website so that it can serve as a security camera which causes viewers of Paranormal Activity and films of that ilk to already know what is about to happen. It is only after Kate begins to talk in her sleep mentioning “Don’t open it” do we hear a knock at the door. When Alex opens the door he finds his friend David who is quite the mess. David has recently broke up with his longtime girlfriend Sarah after he caught her cheating on him, David of course needs a place to stay and a shoulder to lean on so Alex immediately offers his friend hospitality.

When David enters Kate goes off to bed leaving the two mates to talk and do the things that guys do when this kind of thing happens….mainly drink and talk. This is probably my favorite sequence of the entire film where Giles Ahderson who plays the role of David truly snaps and begins to tell Alex about everything. Any man who has gone through this situation will easily be able to relate to David’s anger and intensity and it is all captured brilliantly on film. David explains how he caught Sarah, mainly by going through her things (every guy in the world should know better than this) where he finds sexual explicit photographs of his love taken by another man.

After their talk Alex goes off to bed and David is left alone with his memories, he doesn’t help matters when he starts to watch an old home video which shows him and Sarah during happier times. It’s only after watching a bit of the video do things start to get creepy. David starts to hear things….mainly bumps and soon he even starts to see some monstrous creatures lurking around outside of his room. Directors Andrew Cull and Steven Isles do a good job of capturing these horrors in the first few sequences, in fact the first time one of the monsters is shown is truly a cringe inducing moment. David however starts to become the house guest from Hell after this is shown as he starts to make a mess of things by pouring condiments in front of doorways to keep the “monsters” at bay.

After David’s first night at Alex and Kate’s the directing duo have set up what is about to play out for the next hour or so for the viewer. Andrew Cull and Steven Isles do a great job at capturing scares however from a creepy sequence where David’s cell phone rings, when he ignores his call suddenly the house phone starts to ring. David also begins to sleep walk and continues to see strange things that apparently only he can see and on the second night he wakes Alex and Kate up by brandishing a knife and running paranoid throughout the house. This of course leads to Kate not wanting David there again for a third night, and really who would after he already trashed the house and then proceeded to act like a maniacal retard with a knife the second night. Alex talks Kate into it and David is allowed to stay on a third night. 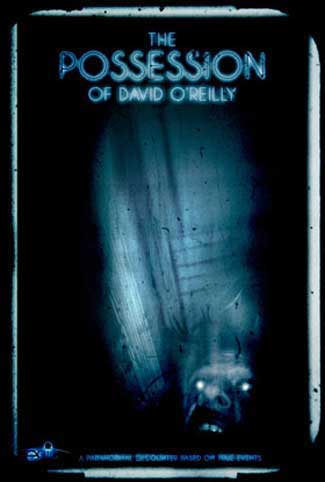 It is around this point that I began to lose interest in The Possession of David Oreilly, the film simply became unbelievable to me. I am sorry but who is going to let someone that insane continue to stay in their house….unless of course they are in a horror film.

Directors Andrew Cull and Steven Isles do a great job with their capturing of insanity and atmosphere however the subject matter presented here has been done before so they aren’t really doing anything too original. Fans of atmospheric scares however are going to love this one since there are some genuinely creepy moments featured throughout the film. Personally I am just going to wait for the duo’s next film and see what they capture next time.