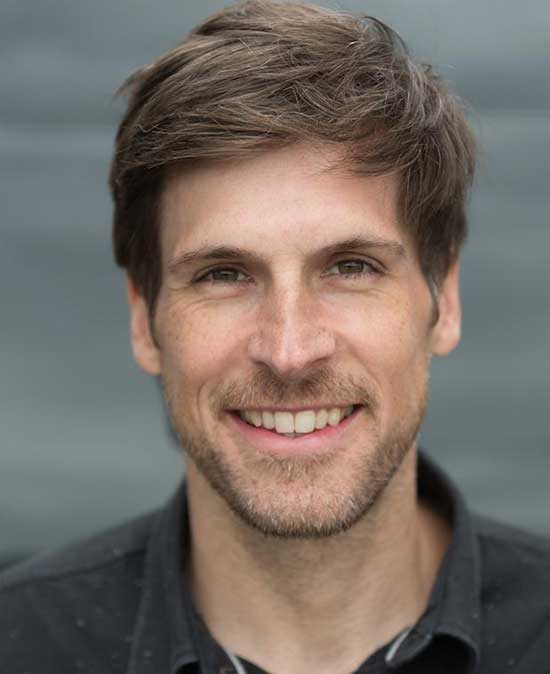 The incredibly talented Giles Alderson took time to chat on Google Hangouts with Horrornews.net. He talks about his new film, The Dare.

Directed by Giles Alderson (World of Darkness), who co-wrote the film with Jonny Grant (Arthur & Merlin: Knights of Camelot), and produced by Julian Kostov (Treadstone, A Discovery of Witches). It was executive produced by Yariv Lerner (Rambo: Last Blood, Hellboy, Angel Has Fallen).”

Hi Giles, how is everything going?

Giles- Janel, its still going. I think because I’ve just delivered another film so, in these past few weeks while on lockdown, I had to be delivering. I haven’t stopped yet so for me its kind of normal right now. It’s a bit weird to be here, rather than in meetings or in a studio looking at stuff. But, we kind of have to crack on don’t we, same as yourself. 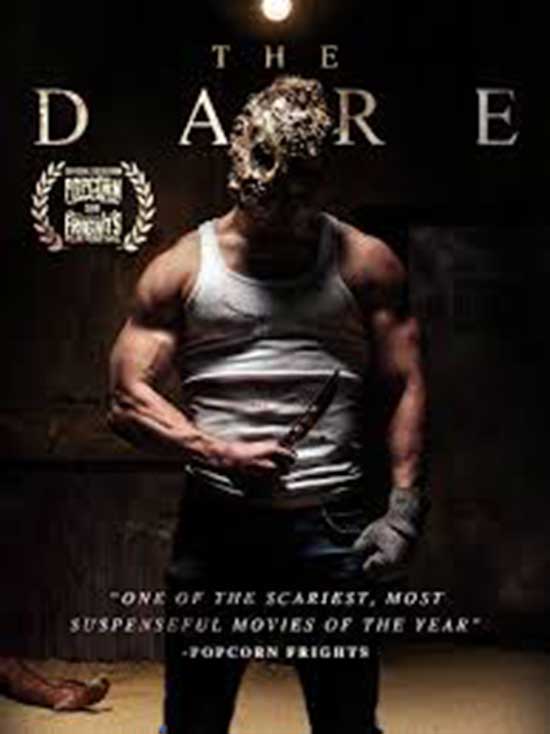 That’s true. Yes. That’s good though. Is there anything you can say about the new film?

Giles- Yes, it’s called Arthur & Merlin: Knights of Camelot. It’s about King Arthur and its about him traveling back to Camelot while he’s been in Rome for a long time. Richard Brake who stars in The Dare is my Merlin and we had a brilliant time shooting it. We shot it in November and we already delivered. Its going to be out in July. Its kind of crazy, it’s a wonderful, historical action epic.

Richard is incredible. I love all the characters he has played. I love when he is a bad guy too. Do you know when people talk about bad guys and villains but they don’t ever talk about them in the sense that they are just people doing what needs to be done. I think it shows with characters you’ve created and when Richard plays a “bad” guy.

Giles- I think that’s so important. I don’t think it should just be a caricature of a villain or a baddy. I think they should have much more depth and heart and from they’re point of view, they believe that they’re doing the right thing. As long as the actor is doing that it comes across with an absolute warmth, believability and strength. You believe the actor then because the actor is believing what they’re doing. Richard Brake is an outstanding talent and he was an absolute joy to work with. 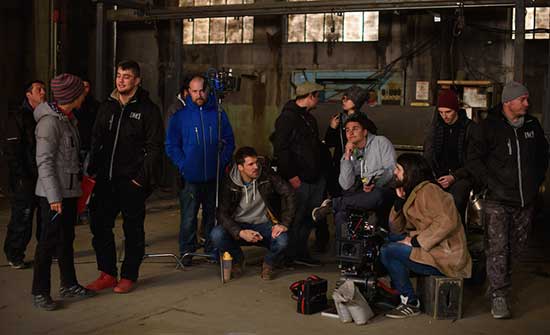 Why did you decide to make the movie, The Dare? It looks so good.

Giles- I decided to make the movie, The Dare because I wanted to make something that would have a lasting impression. I wanted to make something that I really believed in. It was actually two ideas that were resting in a book of mine. I was trying to make a drama at the time. Someone said, while don’t you go and make something, go make a horror movie. I went back to my little book of ideas and within seconds I had my idea and it just formed this weird, magical palette in my mind. I’ve loved horror since I was a kid and I acted in a few horror films. The thought of making one was scary frightening, and yet so appealing. I wanted to try and attempt to please some horror fans. Hopefully they will get what I’m trying to do.

How did you prepare for the special effects? The effects look great.

Giles- I spent a long time doing that to get those right because, horror fans are an incredible bunch of people and they love horror. I really worked hard to make the gore and visual effects work well. The team I had in Bulgaria was incredible.

I think you did a good job.

The whole cast is amazing. Richard Brake mentioned that because you were an actor that may have helped you a little more with directing the cast. Do you think it helps you as a director?

Giles- A hundred percent. I think every filmmaker should study acting and they should study editing. If you understand it, you don’t have to be the best at it but, you as long as you understand what the actors going through, what the shots are going to look like. It’s vital. I love actors and I love working with them. I think its important to know how to do it right. 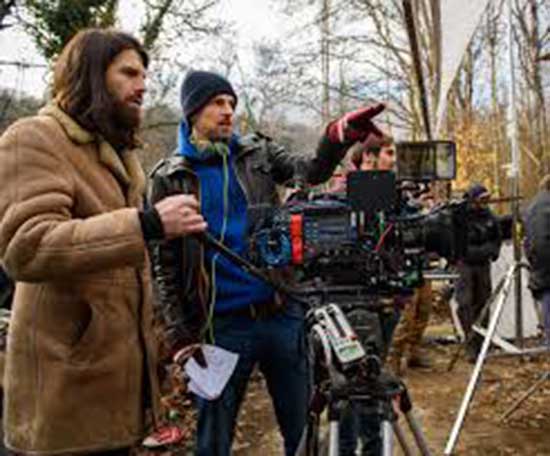 When all of this sort of calms down, are you going to work on something different? Will there be a sequel to The Dare?

Giles- Definitely, I haven’t stopped. I’m constantly developing other projects. I’m constantly working with different writers or I’m writing it myself. I’m finding investors, finding producers. I do have another horror film and there’s talk of The Dare sequel. Because of the success, more doors are opening. I think that’s a really good place to be. I am still going. I am not going to let anything stop me and I’ll be making another horror movie and I can’t wait to put it out to the fans again and see what they think. The Dare sequel, it’s more of a case for The Horror Collective and Millennium to make that call. We’ve already got a concept and we had ideas from the beginning. We planned this be a franchise and where could this go? This could go anywhere. I don’t know is the honest answer but it would be fascinating. I’ll be involved in some way. Its my baby and you always want your baby to grow up and not be a monster but become this beast that people do love and take to heart. I am delighted to get it out there.

What do you want to say to the fans who will watching The Dare?

Giles- I love horror films from the bottom of my soul. You want to know a secret? I was scared of them as a kid. They frightened the crap out of me but I suppose that was the point. I want to say to horror fans, keep doing what you do. Keep loving horror the way that you do because that gives opportunities for people like me and The Horror Collective to keep making movies. It’s hard to reinvent the wheel? Would you say its hard to reinvent the wheel as a horror fan? 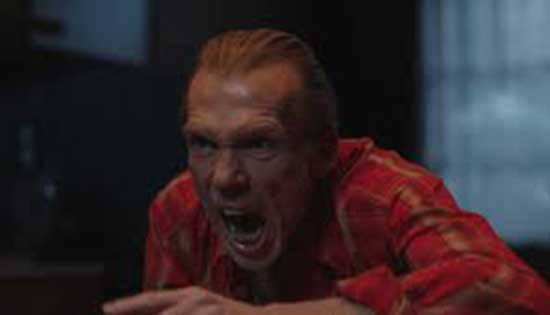 I would say it is. It is nice to see an original film like The Dare but as artist say everybody borrows but, I do think you did a good job with The Dare. You certainly are known with the work you do and with Richard Brake, he is so talented. Such a talented actor.

Giles- Thank you. Honestly, I can’t wait for people to see what Richard Brake brought to this movie. I’d love for people to support The Dare. Its hard to get a movie out and if anyone likes it, go and shout it from the roof tops. I can’t wait to make more movies.

Thank you so much Giles. You are so talented. You always put your heart and soul into everything.

Giles- Thank you Janel. That is lovely to hear.

Make sure to check out THE DARE 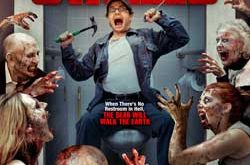 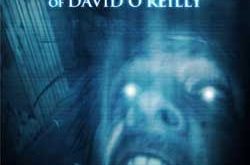