1. Underworld (2003)
Kate Beckinsale kicks major boo-tay in this one. In the film, Selene is something of an exalted vigilante, killing the Lycans (read: fancy word for werewolves; where is the fancy word for vampires?) for the atrocities they’ve committed against her family. So often when we think of vampires we think Dracula and his many incarnations, but here, finally, is a female vampire with some power. 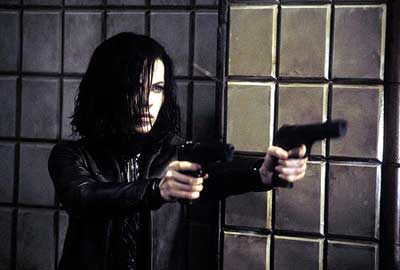 2. Ginger Snaps (2000)
Being a teenaged girl: it sucks. Big. Time. That doesn’t mean you can’t get over any issues that are plaguing you. Lycanthropy, for instance, is no trouble—if you have a sister there to support you. Sometimes female empowerment is most effective when there’s more than one woman involved. Divine Secrets of the Ya-Ya Sisterhood? No thank you. I’ll take Ginger Snaps any day; that’s real sisterly love. 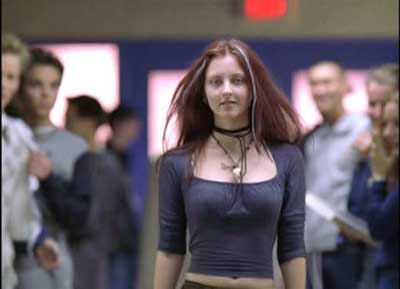 3. Death Proof (2007)
This is one of my favorite Quentin Tarantino films and, I must say, the better of the two Grindhouse films. Now, the first half of this movie is straight-forward exploitation and not really empowering. The second half, however, is nothing but a bunch of girls kicking ass and taking names. It may seem a little far-fetched that it would take three women to kill Kurt Russell—even if he does have a death proofed car—but hey, who cares? These three are not taking any crap from any man, the surest sign of female empowerment. 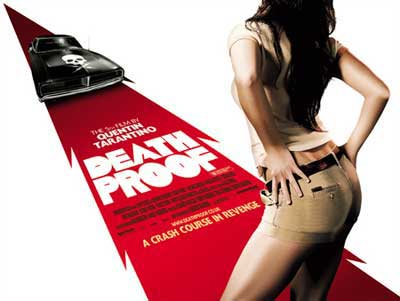 4. Halloween (1978)
This is the film that gave birth to the concept we now refer to as “the final girl,” one that is very important in female empowerment This is the last woman alive at the end of a slasher movie who is the one left to defeat—or at least confront—the killer. Some of the qualities that make a girl final: virginal, sometimes has a shared history with the killer, moves the story forward, and is the intelligent one. When discussing John Carpenter’s masterwork Halloween, I’m talking about Ms. Laurie Strode. No one else has ever been able to stand up to Michael Meyers and stay standing. 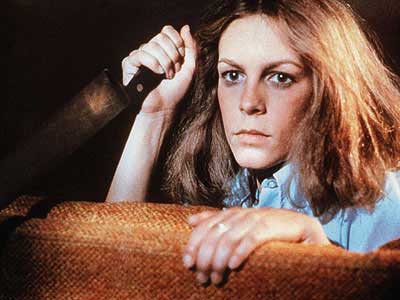 5. Behind the Mask: The Rise of Leslie Vernon (2006)
Laurie strode may have been the first Final Girl, but never in the history of horror films has a Final Girl been sought after so fervently or emerged from such an unlikely place. (I didn’t see that coming until almost right before it happened.) Seeing the final girl emerge so naturally, even after her role has been set down in a formula, is still engaging and empowering. This movie is also one of the best to come out in the past five years, so, you know… 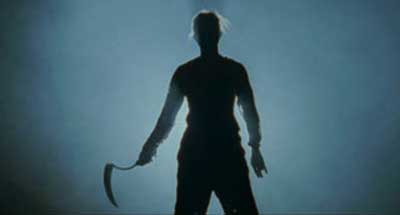 6. A Nightmare on Elm Street (1984)
Bemoans to me, Johnny Depp did not save the day. He was really wussy, in fact, and failed at the one job his (very lucky; some of us—me—would do almost anything to be in the same position) girlfriend gave him. Hence he got sucked into the bed. Who emerged the hero? Why, Nancy of course, using her own strengths and smarts to lure Freddy into the real world. She also has to take care of her alcoholic mother, who effectively abandons her when her greatest challenge presents itself. The mother/daughter relationship can be a strained one, but either way, it’s all about the girls. 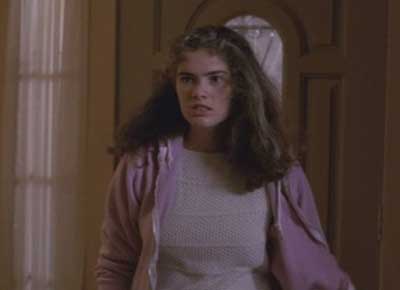 7. Hellraiser (1987)
Not all female empowerment is good; sometimes being the villain is strengthening. Clive Barker’s first film, Hellraiser, shows both sides of the female empowerment. We have Kirsty, who you could say is the film’s final girl, although she isn’t focused on until the final third of the film; she is, however, the hero. And then we have Julia, the lovelorn femme fatale. This film, although now often viewed as a showcase for the Cenobites, really revolves around Julia and Kirsty and what women will do for love and family. Some women are willing to kill for the men they love, and some daughters are willing to kill for their fathers. Pinhead, The Chatterer, Butterball, and the Female Cenobite (hooray for girl demons—angels to some) have become the focal point, but Clive has always said he intended for Julia to be the villain of the movie. Clive Barker knows horror, and horror loves Clive Barker. (As do I. Coincidence? Nope.) 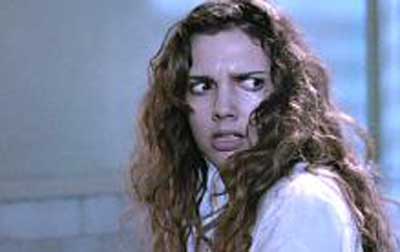 8. Terminator 2 (1991)
Linda Hamilton is a war machine in this movie. Oh. Wait… that would be Arnold. They’re the perfect allies. 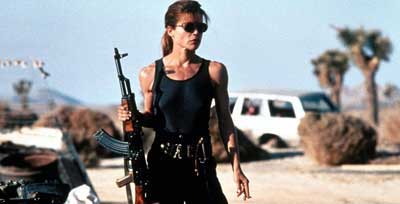 9. Carrie (1976)
You don’t mess with the weird girl; no matter what. She may have an arsenal of mind bullets, and you won’t stand a chance. 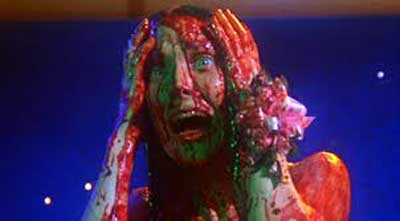 10. Alien (1979)
The Queen is the greatest female beast in all of horror. And her arch nemesis, Ripley, is one of the most impressive heroines. Entertainment Weekly called Ripley “one of the first female characters who isn’t defined by the men around her, or by her relationship to them.” She’s the first woman warrior in horror; no one can take her down. Not even an acid-spitting, face-hugger birthing, Giger-designed behemoth. 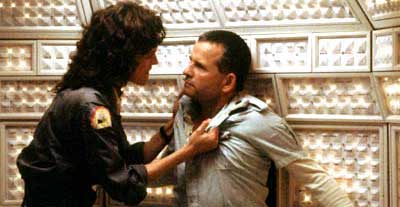 11. The Others (2001)
The key to a good psychological thriller or horror film is a rational main character. Nicole Kidman’s character in The Others is most certainly rational, though a little overprotective. But that’s what moms are for, right? The surest sign of a good mother—one of the most common roles that women play (in life and movies)—is that she’s willing to overlook the fact that you’re dead and will carry on in your scary house. 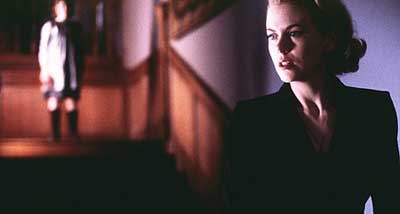 12. Mimic (1997)
Guillermo del Toro is a genius. I’ve mentioned this before, right? If I haven’t, here we go, and if I have, well, I’ll say it again: Guillermo del Toro is a genius. His first film for an American studio, Mimic, is no exception, and it features not only one awesome monster but a great heroine. A polio-like virus is striking down the children of New York, so savvy entomologist Susan Tyler creates a new super bug, the Judas breed, which will wipe out all the c**kroaches, the culprits of the epidemic. The Judas have a short life cycle and it’s assumed that all of them have died off and the children of Manhattan start to recover: mission accomplished. …Not quite. The bugs have used their innate survival instinct to begin mimicking the form of their greatest predator, humans, and killing them. They’ve also started to lay eggs. Who saves the day? Our savvy female scientist. 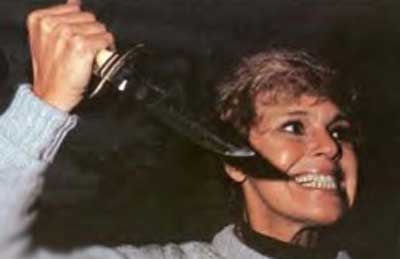