Home | News | What is NASA Hiding? The Nasa Conspiracies

What is NASA Hiding? The Nasa Conspiracies 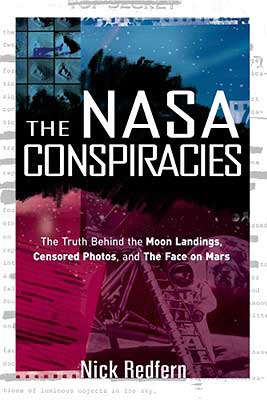 What is NASA Hiding? Heading to the bestseller lists with another eyebrow raising book, Nick Redfern is a notorious media darling and expert on unsolved mysteries, conspiracies and the paranormal. His new title, The NASA Conspiracies: The Truth Behind the Moon Landings, Censored Photos, and The Face on Mars opens the hidden door that NASA has keep closed for so many decades.

Established in 1958, NASA has led efforts to explore outer space, resulting in the Apollo missions to the moon, the Skylab space station, and today’s space shuttle. All the while, behind the open, friendly face of NASA is a dark and mysterious, ominous world, a world littered with

In his inimical, lively, riveting style, Redfern reveals, in some cases for the first time, the truth and the fiction of how NASA is linked to high-level cover-ups, including:

– The agency’s role in hiding the truth about the controversial face on Mars, clearly a carved

structure created in the remote past by long-extinct, indigenous Martians

operations, and has access to technologies far in advance of the space shuttle and conventional

the surface of the Moon and Venus

– And much more of a cosmic and conspiratorial nature!