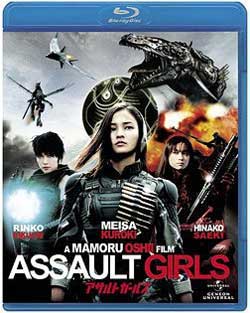 When a video-game company creates an immersive gaming environment where players wage war against gigantic sand-dwelling monsters, three gorgeous gals armed to the teeth (Meisa Kuroki, Hinako Saeki and Rinko Kikuchi) accept the challenge and jump into the virtual desert. But as they blaze their way into the game’s higher levels, they face ever-more ferocious foes. Yoshikazu Fujiki also stars in this sci-fi action flick from director Mamoru Oshii.

By all usual standards a film like “Assault Girls” looks to be the kind of film that scream action, adventure and cool scifi. This is why I was so taken aback by the premise once I dug in that felt more like counting spokes on a bicycle. The film begins with a very long intro into the state of the world, the situations and some political overviews. While it narrates this for quite some time, I still found myself scratching my head at the end of the narration. In other words….”huh, what was all that and should i take a test now to prove my recollection?” Well, I can tell you I would have outright failed…so it gives me better pleasure to just quickly include the synopsis posted that summarizes this film. Per wikipdedia” “Assault Girls (?????????) is a Japanese live-action feature written and directed by Mamoru Oshii. 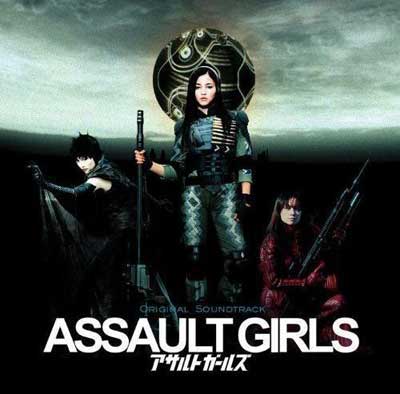 In the aftermath of global thermonuclear war, three battle tested women – with an assortment of weaponry – wage war against giant mutant sandwhales in a barren digital landscape, all to achieve points within the virtual reality video game called Avalon. It’s here that these beautiful women, known as Assault Girls, must test their fighting skills in an epic virtual battle. As the virtual game begins to unfold, the sparkle of “muzzle flash” begins to fade and assault ships gather overhead. The end is near when suddenly a gigantic super mutation called “Madara Sunakujira” attacks and the battle for survival begins.”

Ok, I’m glad I cleared some of that up as the accents were too thick at times to make out the details of some of these points. I think it should be a recommendation to actually “read” the synopsis firsthand, so that you can get in synch alot sooner.

Moving on, it starts pretty cool with some warrior women battling hard against some mutant sand whales which are awful close to those “Dune” worms in my opinion. The Sand whales are CGI-delivered but still look good doing so. As the players take them out one by one, they simply fade into deleted computer code. This virtual world is pretty barren and seems to be part of the reason this film drags so much. The players are told that they cant win in solo mode and should seek out other players. Again and again, till you want to shoot the narrator. The action is pretty slow moving with the players walking around in this sand covered virtual world like nomads without a purpose. Somewhere in this mess you get the feeling that they are trying to say alot more in the long walk abouts but actually don’t say anything. There is some symbolism along the way involving snails and iconic statues, but the translation never really comes across. The film is mixed with English and Japanese in a really odd way that doesn’t make much sense as to the reason for the constant dialog back and forth variations. 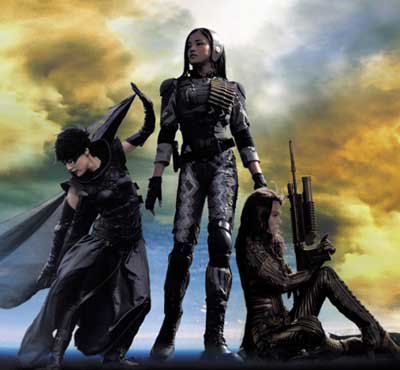 What is worth talking about in this film is the marvelous score by Kenji Kawai. I was instantly a fan of this highly ethereal soundtrack with by no disrespect would make for one excellent sleeping tape. It’s majestic sounds and composition actually are quite hypnotizing which probably added to my confusion to the movie itself. In short, my quick recommendation would be pass on the film, and buy the soundtrack instead when it comes out. 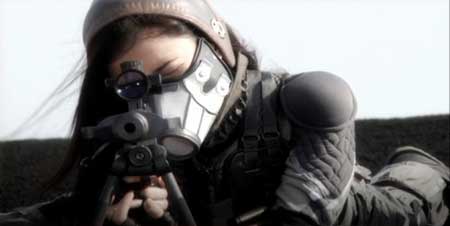 In short ,besides a few quick sand whale battles, I don’t care for this film in the least. I made 4 attempts to finish it…. finally calling it a day on the 4th round with the impression of  don’t understand not understanding much of anything. The film give new meaning to the words……”drags on”. Its a shame, as the imagery and cinematography is actually quite good. As I stated in the interim, I just didn’t get the flavor of this release and so was left with a dull experience. 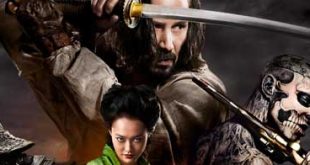