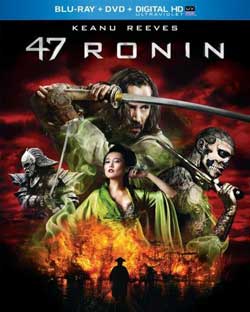 A band of samurai set out to avenge the death and dishonor of their master at the hands of a ruthless shogun.

I love a good epic! “47 Ronin” is clearly intended for American audiences but takes a lead from the numerous well rounded Asian cultural films that have made their way into various releases over the years. While the film deserves credit for being a beautiful story rich with warriors, mythical beasts, action sequences and a core love story, one needs to only look to the many releases by Well go USA that also follow along this path.

However, getting back to the focus of this review, “47 Ronin” is a film based on historical merit directed by Carl Rinsch. The legend of the 47 Ronin is a tale of honor and revenge that centers on a group of samurai who were left without their leader after he was compelled to perform seppuku on himself for the intent of killing a man named Lord Kira (Tadanobu Asano). The samurai’s were then referred to as “Ronin”. 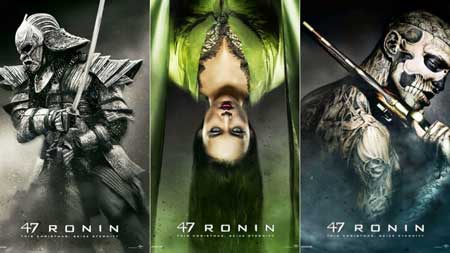 This sets the base for the 18th century fantasy rooted film “47 Ronin” which spices things up a bit by adding the addition of Kai (Keanu Reeves), a half Japanese, half British boy who was found in the forest and raised within the village of Ako. The village is ruled by Lord Asano Naganori and is protected by the lead samurai Oishi (Hiroyuki Sanada), leader of the samurai army.

Kai, who is regarded as a “half breed” is accepted into the village, but only as an outsider. Despite growing up under the care of Asano, Kai is still not 100% Japanese making him ineligible to become a samurai. Kai also develops a love interest with Asano’s daughter, Mika (Kou Shibasaki).

As this story begins to take form, it keeps things interesting by introducing the occasional mythical beast or act of magic. Key to this is a multi-colored eyed witch named Mizuki (Rinko Kikuchi) who plots against Asano and the village of Ako. Cleverly, Mizuki orchestrates an elaborate plot to bring down Ako, 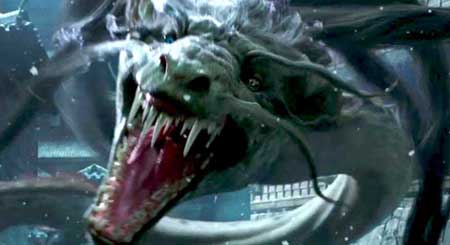 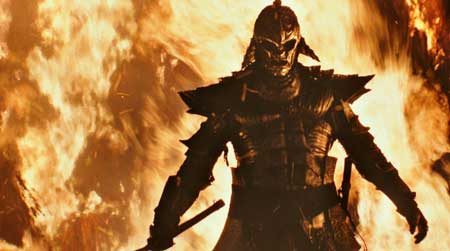 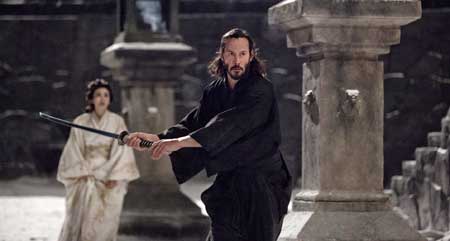 Under tradition and law of the land, Oishi and his men are barred from the village which is then granted to Lord Kira and his men. Mika is ordered to marry Kira in 1 year after the mourning of her father’s death.  Oishi is dropped into a well for a year to break his spirit. Kai is sent away into slavery. The plot thickens!

Now as the legend goes, the Oishi promises to avenge his lord by gathering up his men, now ronin. To aid in the confrontation, he also seeks the help of Kai, who has become quite the skilled fighter in his own right. A plan is put into play to avenge Asano, save Mika, and conquer the now overtaken village.

Kai, who aids the group is revealed as a former member of the Tengu Forest, known for its mystical reputation also responsible for training Kai at an early age into their ways. This aspect provides an added fantastic sense of mysticism that elevates the story beyond “just” cultural aspects. As you can guess from the direction of this review, “47 Ronin” has a purpose that brings the story full circle in its resolve.

The film itself contains a fantastic score that sits nicely beneath its visual flair. Keanu Reeves may feel like the odd man out here, but is implemented in a way that makes sense to the story much in the same way they used Tom Cruise in the movie “The Last Samurai”. The film is really well rounded and reinforces the beauty and discipline of the Japanese culture. While its ending may not fit the typical revolve some viewers may have hoped for, it is truly in line with the point of the whole story. This arrives with the purpose of honor and respect that is truly a priority for any  samurai of that era. Anything less may make some viewers feel better, though would be incorrect to the film’s intention and the legend itself. 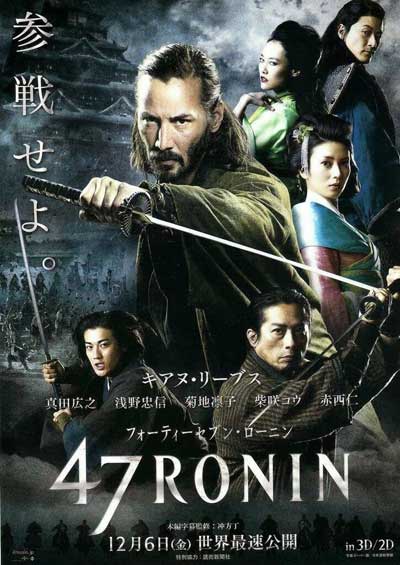 In short, I found this to be a top notch film worthy of many more viewings. The film has a great sense of intelligence that works to the appeal of the market segments is was created for. It holds its tradition tightly by even managing to keep things spoken in English “and” with the inclusion of an A-list actor. Of course I have to recommend it being seen in high definition to fully enjoy its FX work.

“47 Ronin” will be available on bluray per Universal Studios April 1st. 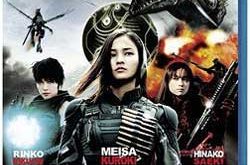