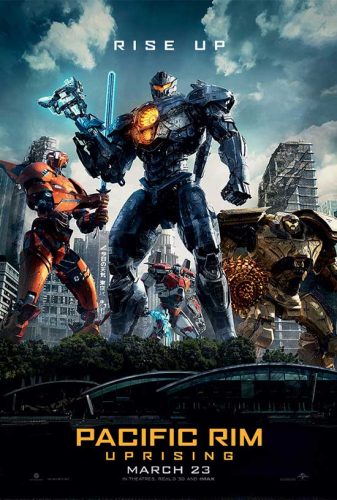 Jake Pentecost, son of Stacker Pentecost, reunites with Mako Mori to lead a new generation of Jaeger pilots, including rival Lambert and 15-year-old hacker Amara, against a new Kaiju threat.

The story of Pacific Rim: Uprising begins ten years after the world-saving events of the first film. Kaiju have disappeared, and Jaegers are being manufactured in case of a future invasion. Former battlegrounds have been abandoned, leaving squatters to rummage illegally through the wreckage and make a living selling Jaeger parts on the blackmarket. This is the chosen career of Jake Pentecost, at least until he’s arrested and forced to return to Jaeger service as penance. Soon he finds himself leading a troop of novice pilots in a new battle to save the world, and new revelations about the true Kaiju threat are revealed.

As a die-hard Guillermo Del Toro fan, it’s blasphemous to write this, but I was deeply underwhelmed by the first Pacific Rim. While no one can fault Del Toro’s masterful direction of epic-scale city battles and his gorgeous art design, the intentional melodrama was made painful by awful performances and overlong cliched conversations that broke up the robot-on-monster mayhem. Needless to say, when the sequel released to tepid reviews, I wasn’t running to the box office. However, despite the general consensus being that Pacific Rim: Uprising degraded the franchise by aging down the content, I found myself enjoying it more than its predecessor.

The film’s core improvements are an accelerated pace and plot twists that build on the original’s premise rather than rehashing it. Likewise, the acting chops are improved almost across the board, with even returning cast members like Charlie Day giving better by toning it down (he practically peaked the mics in the series’ first entry.) John Boyega does well as the reluctant soldier, and acting with his natural accent improves his line delivery from his Star Wars outing. Rinko Kikuchi does better as the seasoned leader in this film than she did as the bashful understudy-type in the first film, and Gottlieb maintains his character’s hyper English-ness at just the right level. Spaeny does a solid job as the spunky kid trying to fill adult shoes, and the main failings related to her character come from the stale kid-sister type comedy relief wedged between her and Boyega, which fall well short of humorous. The weakest acting link comes from Clint’s son Scott Eastwood, who still isn’t as stiff and cartoonish as Charlie Hunnam was as first film’s lead. Overall, the cast holds itself up well, and doesn’t get in the way of the monster-smashing action.

The graphics, as to be expected, are excellent, but they do fall short of the grandiose presentation Del Toro put on display. DeKnight busted his directorial chops on close-to-the-ground action series like Angel, and what he did with Uprising is great considering it’s his first foray into the blockbuster genre. The Kaiju designs are still fun, but are nowhere near as unique or well-highlighted as they were in the first film, which was one of the deserved criticisms marring it’s theatre release. Still, these critiques are only noticeable in comparison to the visual splendor of the first film; compare it instead to other recent flicks, and it’s likely to come up above or on par with the competition. 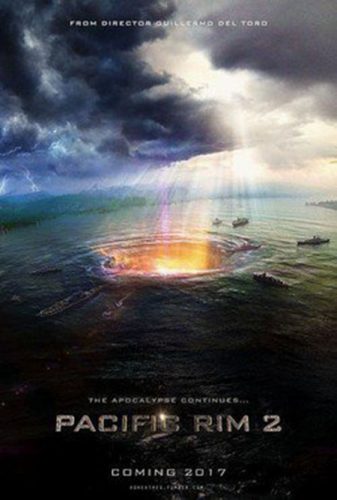 Ultimately, Pacific Rim: Uprising traded some of the more impressive visual moments from the first movie for more overall action and less poorly-acted talking heads. For this reviewer, that’s an improvement worth the tradeoff, and here’s hoping that the next entry merges the successes of these initial flicks while ditching the flat characterizations haunting them.