1. The Masque of the Red Death (1964)
Vincent Price, Tarot, Satan, and the Plague. Yes, yes, yes—and yes, this movie is awesome. If there was any color to represent the genre, red would be it; black, maybe, but I think we can agree blood is the cornerstone of our appeal. Red is also my favorite color, so there you go. The Masque of the Red Death can also refer to a story by Poe or what the Phantom of the Opera dons when he confronts his inferiors at the masquerade—all three are creepily brilliant. 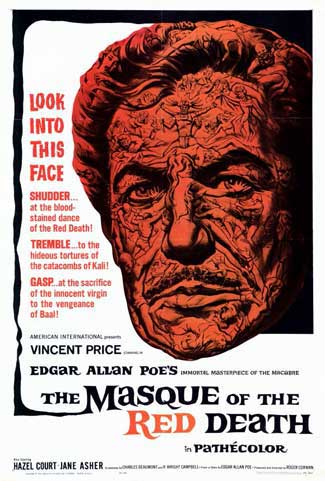 2. Deep Blue Sea (1999)
From IMDB.com, here is the plot summary for this movie: “Searching for a cure to Alzheimer’s disease, a group of scientists on an isolated research facility become the bait as a trio of intelligent sharks fight back.” I ask you: How can this movie be bad? It can’t, especially when Sammy J gets eaten by one of said intelligent sharks in the middle of giving a rousing speech. 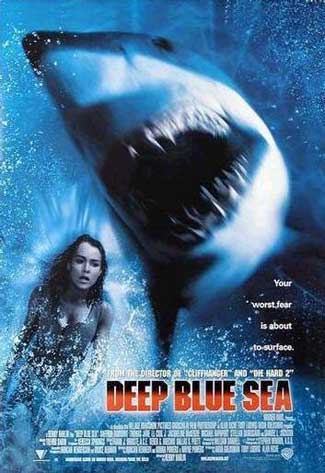 3. The Black Cat (1934)
Of the several films Karloff and Lugosi did together where neither plays a monster, this is the best. And it’s about necrophilia, no less. Heavy stuff for a ‘30’s movie. It’s also a standout on this list because it’s in black and white. (Interesting trivia: this film is one of the only made in the early 1930’s that features a continuous background score; this one was composed by Heinz Eric Roemheld.) The plot starts out conventionally: two honeymooners are on vacation and, due to a mix-up with their reservation, are forced to share their train car with someone they don’t know. Then the film gets a bit out of control, spiraling into a mishmash of iconic horror themes: war crimes, former atrocities must be paid for, people get injured, and there’s a good old Satan ritual thrown in for good measure. (Another interesting fact: this film has nothing to do with Poe’s “The Black Cat,” but he’s mentioned in the credits.) 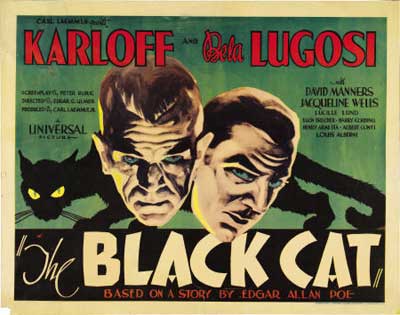 4. Black Sunday (1960)
Titled The Mask of Satan in Italy, starring Barbara Steele, and directed by Mario Bava, Black Sunday tells the story of a vampire-witch who is killed by her brother and returns 200 years later to murder the last of her family descendants. You’ve seen this movie, right? If not, shame on you! It’s so great, and Bava is undoubtedly one of the Masters. As with the previous entry, and the one below, black may not technically be a color—it’s an amalgam of all colors—but, as I said earlier, there’s nothing that better exemplifies horror movies than the color black (unless we’re talking about red). 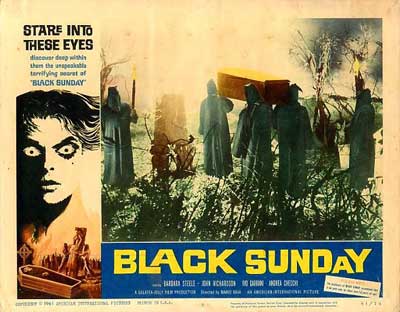 5. Black Christmas (1974)
Christmas is a time of joy and celebration. And, sometimes, murder. Like a sorority girl strangled with plastic wrap, or stabbing a woman to death with a unicorn figurine. Black Christmases always seem darker against all that snow.

6. Silver Bullet (1985)
An adaptation of the novella Cycle of the Werewolf, this film is not on my list of 13 Great Stephen King Adaptations because, frankly, it’s not that good. It’s not even a good werewolf movie, to be honest. It’s mediocre all-around and silver is a mediocre color: right under gold but above bronze. This movie is the same: not as good as The Mist but better than Thinner. However, the werewolf in this film turns out to be (spoiler!) a priest, which is kind of cool. And it has Gary Busey, which is probably the reason that in 1988 (note this is three years after the film’s release), it screened at Fantasporto in the running for “Best Film.” There’s no other reason someone would think it was the best of anything. 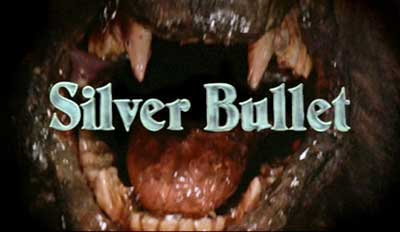 7. The Beast of Yellow Night (1971)
This movie is one of those terrible B-Circuit/Grindhouse films of the ‘70’s. There were quite a few of those films that were awesome, but this is not one of them. The synopsis: Satan saves a girl from death on the condition that she becomes his disciple (read: a hairy, murderous beast). An OK premise at best, but how can night be yellow? Sure, moonlight can appear yellow, and streetlamps can flood the streets with yellow, but the night itself cannot be yellow, now can it? No. But that doesn’t mean that should stop a movie’s title from being visual, I guess.

8. The Bird with the Crystal Plumage (1970)
I know crystal is not a color. I learned the same things in kindergarten as you. But this film is considered to be a masterpiece of the giallo genre, which means “yellow,” so I’m counting it. Come on now—it’s an Argento. I don’t have much to say about this film, other than the fact that I wanted to confuse your color knowledge and to bring up this story: when it was released 20 seconds of the film were cut to give it a PG rating. You read that right: PG. But now, thankfully, the movie has been released “uncut.” One of the things I hate most is when a movie heralds itself as “unrated” and there’s either no extra footage or what they cut out should have been removed. This is the opposite extreme and it’s just as pathetic. How could they do that to Dario?

9. The Hills Run Red (2009)
Another red film! Hooray! I haven’t seen this one even though I look at it every time I go to the rental place. Is it any good? 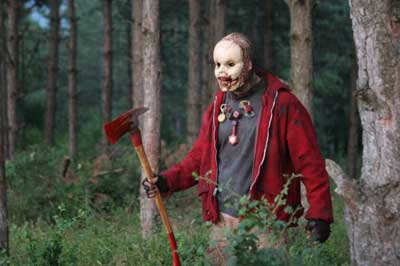 10. Lady in White (1988)
White is the absence of color, and often represents purity, but it also represents pallor and—wouldn’t you know it?—ghosts. Such is the case with this ghost story, a supernatural thriller about The Lady in White who searches for her daughter in New York while protecting young women who are on dates with their boyfriends. This film is also a pseudo-crime drama about a girl murdered at her school. There’s mystery, intrigue, and a few good scares: all characteristics of a good horror movie.

11. White Zombie (1932)
No, not Rob Zombie’s band. This film stars Bela Lugosi but it’s not really a zombie movie. The plot: a young man gets a witch doctor to lure the woman he loves away from her fiancé, but the man instead turns her into a zombie slave. The woman doesn’t die, there’s not blood and murder and mayhem; instead this movie is about being emotionally distant, a logical way to introduce ‘30’s audiences to the zombie archetype. It’s a pretty good film and only 69 minutes long, so take an hour and watch this classic.

12. Pink Eye (2008)
The inmates of a dilapidated insane asylum have been subjected to secret drug tests. Many die in sick and twisted ways while those who survive become raging, homicidal lunatics. Then—you guessed it—one prisoner, angry and far beyond insane, escapes to bring death and terror to an unsuspecting town. It’s a pretty standard story; nothing too groundbreaking here, but the effects are over-the-top gory but well done, so give this one a shot. Don’t expect to have nightmares or anything, but for a good laugh and a few good gross-out moments, turn to Pink Eye. It may be the only time you ever want to get pink eye.

13. The Serpent and the Rainbow (1988)
The most colorful of all! I actually like this film a lot; it shows Wes Craven at what I would argue is peak form, because he sticks with his old sensibilities while also employing(then-)current trends. Now, down to business: voodoo is scary. Being drugged, buried alive, and then dug up to be told you’re a zombie is even scarier. What’s worse than that? Knowing that not only are you being tortured by a strange Haitian government, but you’re completely helpless and being drugged so you can be buried alive and then dug up all zombified. Oh, and this movie is based on real events—although loosely, like “The Texas Chainsaw Massacre” or “The Strangers.” But there were crew members (who didn’t believe) that got the voodoo smack down as well, so that pumps up the scares.