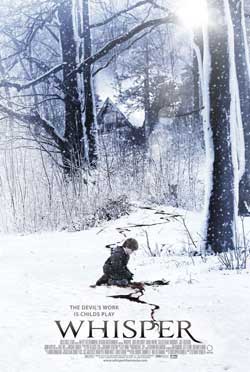 Wanting a fresh start with his fiancée, Roxanne (Sarah Wayne Callies), ex-con Max (Josh Holloway) decides to make one last score by kidnapping the young son of a wealthy woman. But the boy (Blake Woodruff) possesses mysterious mental powers, which he uses to creep inside the minds of others. Now, Max and his cohorts find themselves turning on one another with increasingly unpleasant results in this tense supernatural thriller.

Whisper is a 2007 horror film directed by Stewart Hendler. It stars Blake Woodruff, Josh Holloway, Sarah Wayne Callies, Michael Rooker, Joel Edgerton, and Dulé Hill. It’s about a felon named Max Truemont (Josh Holloway) who gets hired to kidnap the son of a very rich woman. (Teryl Rothery, who plays Catherine Sandborn.) He gets his fiancee’ (Sarah Wayne Callies, who plays Roxanne) and two other men who were also hired involved. (Joel Edgerton, who plays Vince Delayo and Michael Rooker, who plays Sydney Braverman.) They all agree to split the money five ways. As instructed, they all hide out together in a camp that’s not being used during the winter. As they hide out, they start to grow suspicious of each other. They also start to get suspicious of the boy that they kidnapped. (Blake Woodruff, who plays David.) 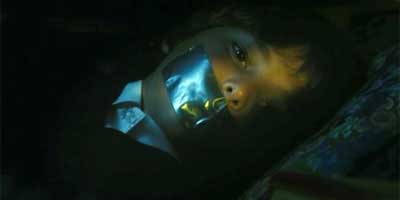 The movie starts out with a woman being killed by wolves. Afterwards, we see Max Truemont trying to buy a restaurant. He gets rejected because he doesn’t have enough money. He later gets the call to kidnap David. He agrees, but promises Roxanne that he won’t hurt David, they’re just trying to get the money, that’s all. 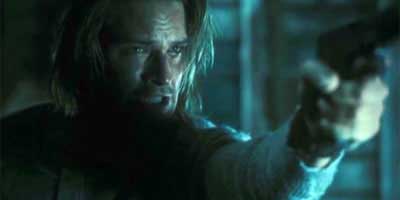 During this time, weird things start happening. We see that David can predict when someone is going to die. David can also whisper to the people in the house to do certain things, like kill each other. The people in the house, as stated before, starts to grow suspicious. At one point in time, Sydney Braverman talks to David. David tells him that he can see all things and tells him that he’s about to get a heart attack. Sydney runs off and drops to the ground. He reaches for the phone and calls the police. Roxanne then grabs the phone and says that no one can know where they are. So, she just leaves him there, while David watches.

From there on the film operates as a cross between O. Henry and And Then There Were None. Is it predictable? Yes, to a point. And refreshingly so. But then the filmmakers start pulling the rug out from under you and you realize that the kid’s birthday party magician you’ve hired actually has some honest tricks in the performance. 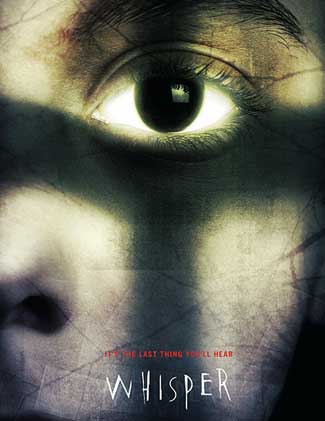 How many twists can you put in a movie before the audience feels manipulated? The answer is, as many as you can justify. At no point does the plot of Whisper become illogical. In fact it holds together with such precision it’s surprising this movie doesn’t have more of a following. The acting is superb all around (Expect to see much more of child actor Blake Woodruff) and the film is well directed with some honestly intense sequences. Suffice to say, we were thoroughly impressed with this movie and recommend it highly. 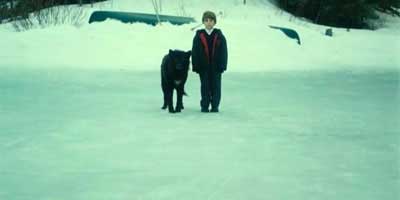 One element which separates a good movie from a mediocre one is the level of humanness in its characters, humanness being a complex structure of motivation and ethics. Whisper’s characters are correctly flawed, properly motivated, and at times unexpectedly sympathetic. And bonus points to this fine horror film for including a nice message about redemption. 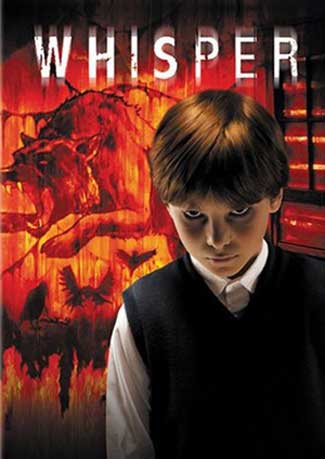 At times a horror film can disrespect the audience by the level of graphic violence it has. Not one time did we feel disrespected by this film. Sure, there’s a few scenes where it does get uncomfortable, but that’s what a horror film does. The movie is a must see for any horror fan.