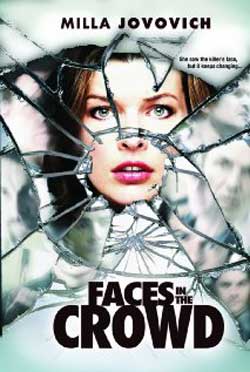 A horror-thriller centered on a woman living with “face-blindness” after surviving a serial killer’s attack. As she lives with her condition, one in which facial features change each time she loses sight of them, the killer closes in.

Milla Jovovich returns to the screen. This time it’s not zombies she’s fighting but the serious effects of a rare brain disorder she’s contracted. The condition is a real life condition called “Prosopagnosia” or on its simpler term of “face blindness”. This condition is the central uniting element of the entire film, though we’re slightly getting ahead of ourselves. 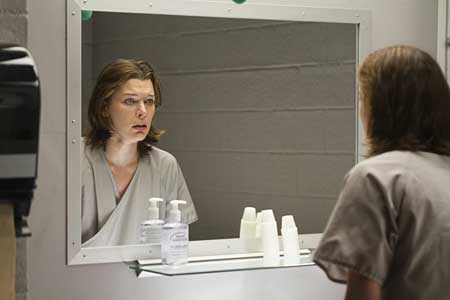 The papers have been calling him the “tear-jerked killer. This man is responsible for several slasher kills in the area on young women. His MO seems to be that he attracts them and then in an act of passion slits their throats. The moniker is his response afterwards which ends in a pathetic sobbing.

When Anna Marchant (Milla Jovovich) is retuning one night from a nightclub gathering with her friends, she happens upon the serial killer in action. Startled, the killer tries to take Anna out of the running while coming after her in similar fashion.

When Anna pulls back and trips over the bridge railing, she also hits her head on the way down. The event doesn’t kill her but does leave her with a brain condition.

Now as a rather bizarre thriller mystery, “Faces in the Crowd” projects the effects that Anna is experiencing. This includes faces changing, faces becoming the same, face blending and a serious lack of recognition that stays in effect through the entire film. Even with name actors on board the movie does something rather unusual….. which is swap out actors almost from scene to scene. Julian McMahon plays Kerrest the officer detective in charge. Anna becomes attracted to him and begins to recognize him thru facial features. Though even Julian McMahon gets swapped out from time to time with decoy actors (new faces) 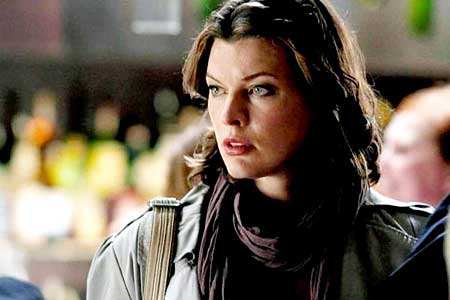 The condition that Anna suffers from is permanent, so it’s up to her to incorporate a new method of identifying people. At first this is processed thru clothing attire, but she learns that she’ll have to dig deeper to really get past her new state of being.

“Faces in the Crowd” is centralized around this serial killer and Anna’s need to identify him being the sole survivor from one of his attacks. This aspect also becomes a factor to toy with as he approaches her unknowing that she can’t remember faces. Director Julien Magnat had a pretty massive duty in trying to keep the perspective of Anna going throughout the film. The camera is not in POV, though it assumes that because of her condition, the faces will have to constantly change or get be replaced. It’s quite a unique experience that I think otherwise might have deemd the film another bland serial chase movie. I found it interesting as after awhile, Anna’s first love interest becomes as faceless as her view on him. Bryce is played by temporary actor Michael Shanks. Bryce is key to Anna’s life, but his face is soon forgotten.

What also made alot of this movie work of course was selecting several actors who presented almost similar looks or features. They of course were different to us, but yet this generic sameness and a monotone speaking voice seemed  to do the trick in making it all believable. 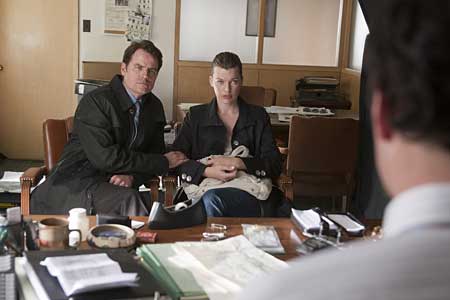 “Faces in the Crowd” invites the viewers almost in a non disclosed way to look for clues on their own. This made alot the film more consuming than it would have in a more simpler narrative. I found much of “Faces in the Crowd” to be mind blowing, even though the premise could have served easily as a common TV show episode. Milla Jovovich embraces this role with perfection and proves that she’s a top talent for screen. Julian McMahon may have not matched his DR. Doom persona, but he still proved to be a great shoe-in as supporting role. As a reviewer, I know there will this certain blandness that viewers may criticize, though it’s the unique changing perspective that really wins the prize this round.