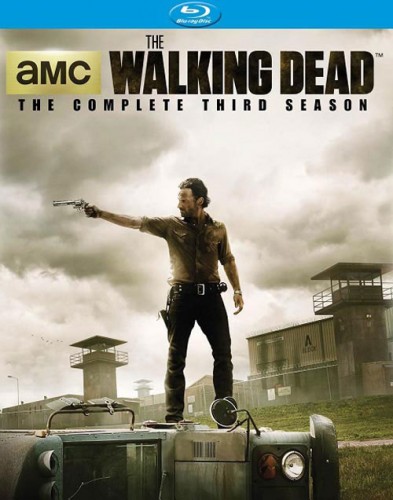 In this uncertain world, Rick Grimes (Andrew Lincoln) and his band of survivors must not only fight the dead, but also face a whole new fear: the living. In this 16 episode season, the series Entertainment Weekly called the “greatest thriller ever produced for television”, Rick and his fellow survivors continue to seek refuge in a desolate and post-apocalyptic world and soon discover that there are greater forces to fear than just the walking dead. The struggle to survive has never been so perilous. This season also introduces new characters, including the Governor (David Morrissey) and fan-favorite Michonne (Danai Gurira), along with her zombie pets.

Rounding out another season, “The Walking Dead” is one TV show that can’t be stopped. Making its way to bluray, fans can rest assured that they have got high quality zombie material waiting. As each season rolls forward, the trend continues with finding a new location set as the designated arena for the season’s drama to unfold. Hang tight as there is alot going on in season 3 over its 16 episodes. 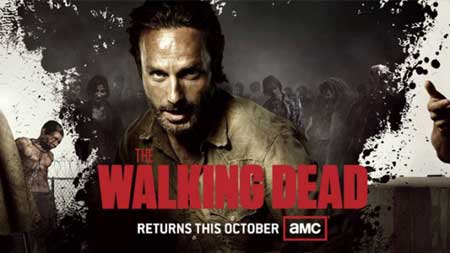 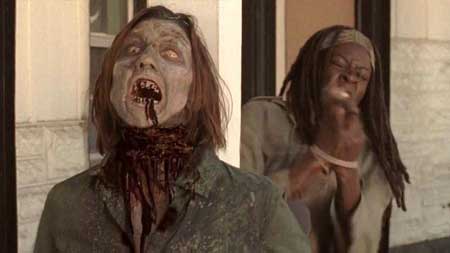 Fans should be prepared to see a few characters get killed off while welcoming in a few new ones into the show. For those taking note, season 3 focuses on 10 major character roles set primarily in 2 locations, a community town called “Woodbury” and the nearby prison they left off on in last season. New focal characters consist of The Governor (David Morrissey), Michonne (Danai Gurira), and Tyreese (Chad Coleman ).

This season introduces a new villain. While Rick is trying keep things together as much as he can in a zombie holocaust, we are introduced to the soft-spoken manner-conscientious “Governor” (nicknamed by his town’s people). The Governor is the town leader at Woodbury. His induction into the Walking Dead saga provides a great contrast to the story lines in progress. Initially, Woodbury feels very welcoming, warm, and rich in its sense of humanity. In fact, you might say it’s really the perfect solution to the existing chaotic world outside. Governor welcomes in newcomers to join his community, quite open armed. Every one taken in is tasked with different role to provide a safe haven and pleasant experience for the community (I know…too perfect, eh?). 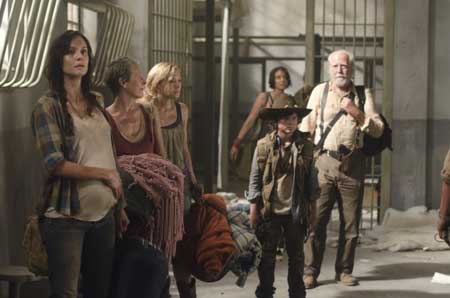 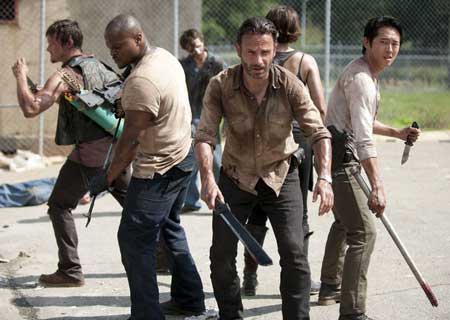 Rick and gang has decided to make a home at a local prison that was left uninhabited after the zombie out-break. While it will take a bit of cleaning out to exterminate the remaining walking dead who still fill the halls, the prison seems like a perfect solution with its secure foundation and high walls.

Alot transpires this season with Lori now 8 1/2 months pregnant and Rick and group sticking together for survival. They have created a small dysfunctional family atmosphere hard wired. without batting an eye,.to take down invading zombies those who would intrude. The group has filtered down into Rick, Daryl, T-Dog, Glenn, Hershel and Maggie.

MAY CONTAIN SOME SPOILERS

Glenn and Maggie continue to build their relationship. Hershel gets bit (only saved by a quick amputation) while other survivors make their way into the storylines (whether short lived or not)

Andrea and Michonne continue on their own, fighting off zombies and doing what then can to survive. Michonne, an impressive fighter herself trademarks her presence in the series with her sword play and mascot walkers used to deter others with their scent. The 2 of them come upon the Woodbury community and are welcomed in. Andrea and Michonne, get more screen time this season each with their own complications, but mostly when they are introduced into Woodbury and the Governor. Andrea begins to warm up to the town’s leader and eventually embarks on a dysfunction relationship that only gets worse. 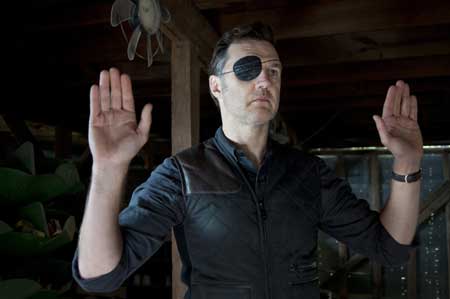 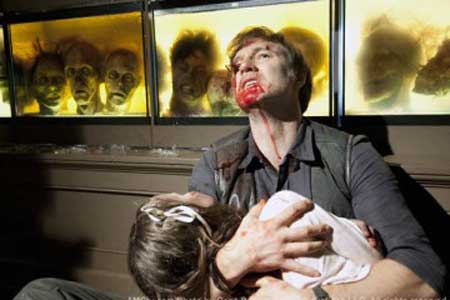 As the season continues to build, it also tends to change focus highlighting the town of Woodbury and the ominous Governor himself. We begin to suspect something’s not quite right which only culminates a inevitable build into the season’s final episodes What has always interested me about the Walking Dead series is how many times main characters get killed off in one way or the other changing the dynamics of plot points. Fans of the show will scratch their heads when key characters are taken from lineup…ones’ that will be surely missed.

There is alot here to cover, but what you can look forward to is a culmination build up that leads to war among the 2 locations. Rick and the Governor eventually butt heads creating a perfect protagonist and antagonist base to this season (somewhat picking up on the approach that was left over from Rick and Shane’s slow building conflict)

We get plenty of nasty zombie FX that act more as the season’s background seasoning despite getting a heavy helping of screen time. Season 3 continues in the tradition of the series which focuses more on the survivors and their hardships rather than a droll slaughter fest itself. However, it should be said, that zombie fans will get their fill here in droves.

What is remarkable here is that even with the intense level of violence, this show manages to soften some of it with unique and interesting character development. We feel for the characters, we adjust to their conflicts, and experience their relations. Season 3 to date, in my perspective, is the most exciting and intense of the 3 seasons. With new characters and actors building on the saga, we really get a great look into life after the zombie apocalypse. 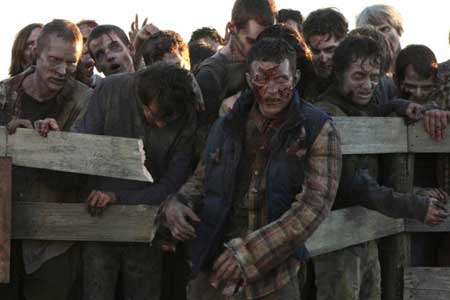 Season 3 leaves us hanging and hungering for the creation of its 4th roll out. This show doesn’t appear to be slowing just in the same way that True Blood has created a dedicated fan base that has pushed the show forward. It’s not uncommon to hear the phrase “Oh I love that series” from everyone I come in  contact with. 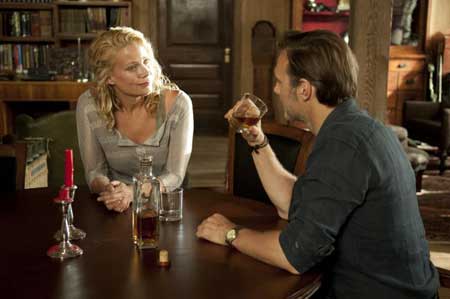 Anchor Bay has created a great bluray set, that seems to get fatter with each season. You’ll want to pick this up not only for the stunning show it is, but for the smattering of extras it includes:

“Like the previous releases, THE WALKING DEAD: THE COMPLETE THIRD SEASON comes stuffed with tons of bonus features, including exclusive behind-the-scenes footage, never-before-seen featurettes, audio commentaries from cast and crew, deleted scenes and other surprises!”

There is quite an emphasis on celebrating the 4 characters who have died during this season. They surely will be missed!

Gone, But Not Forgotten

Heart of a Warrior: Michonne

Michonne vs. The Governor