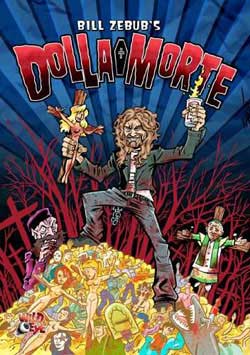 You can do things to dolls that would be too shocking to do to human actors. Immerse yourself in a make-believe world that will pleasure your eyes and stimulate your mind as the kid inside marvels at the images and the adult in you recoils in horror.

REVIEW:
If we haven’t said it before, it needs to be said. Bill Zebub is a madman! This offbeat adult humor gore fest involving dolls is a healthy dose of nasty, fun and the politically incorrect. Per the lengthy disclaimer that greets us, I’m sure the filmmakers realized this pretty early which almost becomes part of the gags itself. Very simply, the film is a creation of manipulated Barbie dolls, action figures and micro props that is overdubbed with a script. Ya, you might remember a less horror driven version of this style released a few yeara ago that was titled “Team America” with a nod to “Robot Chicken”

It is also a tribute of sorts if you are quick on the horror movie callouts to films like Cannibal Holocaust and related cannibal exploitation films. Though keep in mind, this is just Barbie dolls on poles in simulate poses, posed to create a sense of familiarity with these old films. There is also no shortage of rape, murder, sex and bloody carnage …..using dolls.

So is it offensive? I really can’t justify that classification using dolls, but many will just look at it like trash, bad taste and childish. Well, those are the viewers who really should have paid more attention to the liner notes and box art. In other words stick with Ferris Bueler as this isn’t your rodeo.

The film plays out with hand animating dolls, plenty of static shots and zooms cleverly combined with scripted voice overs. No stop motion here, just bare bones filmmaking. The team goes out of their way to offend religion, sex, politics and anything they can throw in the mix. For instance in one scene Jesus is eaten by a shark as he walks on water only to be crapped out shortly after. Of course, the gag is the metaphor ‘holy sh*t’. This is the kind of humor which is presented with every lude opportunity that the team has dreamt up.

Dolla Morte is hands down a good time using silliness and make believe like Mister Rodgers on a bad trip trying to survive a brutal raping. The filmmakers have taken the time to execute a story, stage the sets and provide a narrative with inanimate objects. Some scenes seem to last a bit longer than they were supposed to, but the idea is presented as a shameful film parody of horror films that we have come to know and love.

The big question may lie in statement….are you really bothered by 2 play dolls fornicating with playdoo parts or are you just a subconscious mess that can’t separate reality from fiction. The re-occurring theme of sodomy might be more than your grandma can handle so you might want to save this for after hours. It also looks like this latest release is a re-release of the 2006 version that has been picked up by Wild Eye

No, kids are aloud here, the content is too harsh for young eyes even if its make believe. But for adults, this might be just the edgy relief you need to carry you thru your mundane day at the office. I’m glad to see Bill’s older works finding new audiences. They are something different, and that’s really what counts here. Bill Zebub’s Dolla Morte leaves you reliving your younger days with a healthy helping of kick-ass gut smacking giggle. 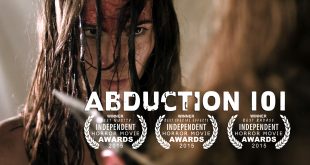