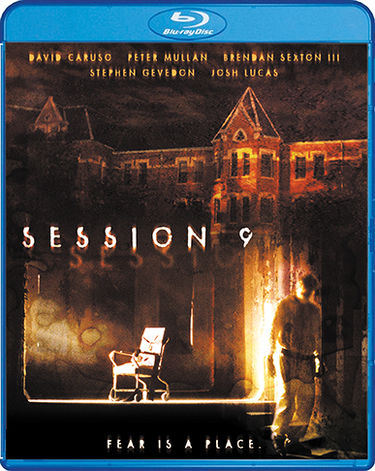 Session 9 is a contemporary tale of terror set in an abandoned insane asylum. The residents on Danvers, Massachusetts steer well clear of the place. But Danvers State Mental Hospital, closed down for 15 years, is about to receive five new visitors.

Session 9 is one of those movies people rent because it’s Saturday night, they’re bored, and it has a cool box cover. They’re looking for a way to pass the time, and the fully expect to forget the film once its over. But Session 9 won’t let that happen, and the viewer is thus privy to one of the most genuinely frightening and original horror films to appear in the last decade. 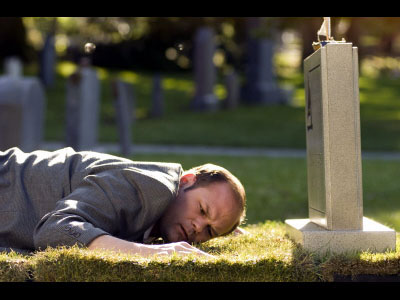 The story is as follows: a group of five Hazmat workers are given one week to remove the asbestos from the crumbling Danvers State Mental Institution. With the deadline looming, the relationship between the men starts to strain, leading to distrust and an overall sense of dread, brought on by the building and its sinister presence. Note: Most of that was paraphrased from the Wikipedia entry. I don’t think I’m a bad writer, but I can write a film synopsis to save my life)

Many say the star of the film is the building, Danvers State Hospital, and although a major factor, I’d like to give the nod to the delightfully horrifying voice of Simon. Making an appearance early on in the film, his (its?) eerie growl sets the mood for the entire film. His role as the motivator and instigator behind the events on the session tapes parallels the events of the films, though this is revealed toward the ending, with Anderson relying on the characters and their tumultuous pasts and current woes to act as the primary tension builder. This in itself makes Session 9 a rare treat among modern American horror films, which tend to dispense of character development in favor of violence, though I can only assume this is so we don’t get too attached to them, as they all usually get dispatched in gruesome ways. 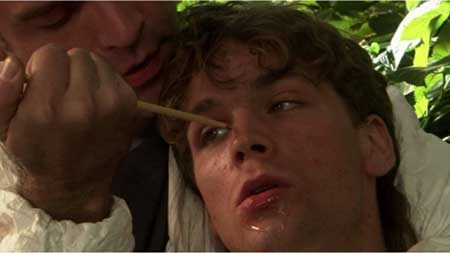 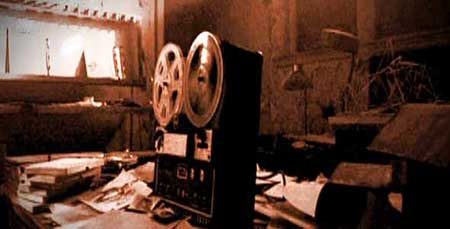 One often overlooked aspect of this film, and indeed in most horror films, is the soundtrack. Anderson took a different route than most American horror films, utilizing nothing more than a piano to help convey the dread the characters have no idea is upon them. Single notes, building up into a crescendo and repeating endlessly allows the tension to build upon itself, specifically during the final twenty minutes of the film. This lack of a typical horror movie score prevents the viewer from predicting what will happen next, adding to the originality of the film and enhancing the dread it conveys.

We’re spared the music that warns us of impending doom, forcing the audience to sit on the edge of their seats and await the scare that might never come. Session 9 doesn’t rely on cheap scares to frighten the viewer, and for that it deserves the highest accolades. Though this review is slightly biased – Session 9 has been my favorite movie for years now – I’d be remiss if I didn’t mention some of its faults. While the acting is solid, David Caruso has a tendency to overact, providing way too much emotion in a scene that, although emotional for the characters, makes me wonder if he’s going to start crying. His growing virulence toward his co-workers as the film progresses culminates with the following scene: 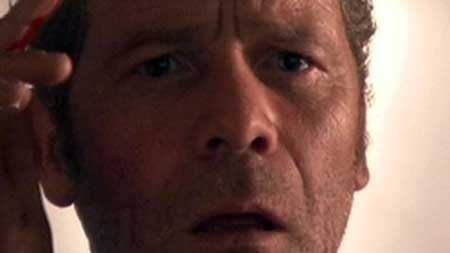 This is only slightly less cheesy than when he says “You shuck fiber in there with us!” Despite all this, David Caruso does a pretty decent job of being a complete dickhead, and the remaining actors give solid performances. Another complaint given about the film, and one I only half agree with, is the use of a red herring, though its use is incredibly subtle and thus I feel not a hindrance to the overall effectiveness of the film.

In short, Session 9 is a taut psychological thriller that relies on more than cheap scares to frighten the viewer. The many elements that go into making a genuinely scary horror movie all fall into place, resulting in a wholly original horror film that suffers from a severe lack of the recognition it truly deserves. 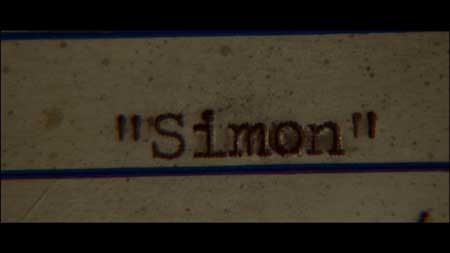 Session 9  is simply a true horror classic that serves as a perfect example of how horror films “should” leave you feeling afterwards. Shout Factory gets extra points for driving this one to high resolution for us avid horror fans1

Session 9 is now available on bluray per Shout Factory