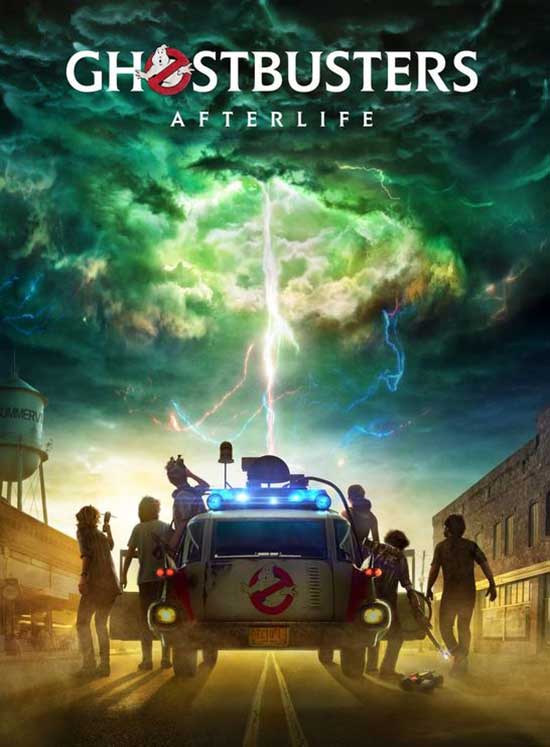 When a single mom and her two kids arrive in a small town, they begin to discover their connection to the original Ghostbusters and the secret legacy their grandfather left behind

After what seems like an incredible wait time for its release, Ghostbuster has arrived with a new entry into its franchise titled “Ghostbusters: Afterlife“. “Afterlife” takes place years later after the 80’s Ghostbuster sensation, both in timeline and release time. Set 32 years later and as the 3rd film in the series (not including the failed all female cast remake), the team is at it again. But wait, not so fast…. the film now has the children of original team member Egon Spengler, grandfather to the children, Trevor and Phoebe now coming into play. The movie is classified as a “supernatural comedy” and picks up where Ghostbusters II left off. The film was completed in 2019, but held up due to Covid concerns. The movie did profit despite times being new era for the film industry.

The film was directed by Jason Reitman, son to Ivan the original franchise director of the films (including writing credits on the film).

The daughter of Ego Callie Spengle (Carrie Coon) inherits her father’s farm which timing-wise aligns perfect as she and family are being evicted from their Chicago apartment. The family visits her father’s home after being informed of his death with intent to sell, but ends up staying longer due to their situation. Apparently Egon still concerned with the idea of a world takeover has been living on a farm near what he approximated to be the location of Gozer’s arrival. His traps have been implemented but are failed to be executed when a rouge spirit gets out of control.

In this edition of Ghostbusters, it was clear that the intent was to appeal to a younger market audience who may not have been in tune with the 80’s sensation. Child actors Finn Wolfhard, Mckenna Grace, Bokeem Woodbine all stumble upon Egon’s toys and begin to quickly escalate things as they discover the town’s spirits lurking about. The actors do a great job at sticking to feel of the first film while giving the movie an almost Goonies-like quality.

It’s a good time with the film as it makes plenty of attempts to honor its original sets, devices, and intent with a new batch of actors. Those who have been playing attention already know that members of the original cast do make cameo appearances helping to bring everything full circle. Original actor Harold Ramis did actually pass way in 2014, but technology made sure to honor his inclusion as well. Paul Rudd plays the comedic role of Gary Grooberso costarring with newcomer Carrie Coon.

FX are up to par to what we expect from a Hollywoord rooted film with plenty of big FX sequences and ghostly appearances. In short, fans will like this film even though it feels a little lethargic getting started. Things pick up and plenty of chaos ensues! Personally I am glad the franchise realigned itself to its roots, as the 2016 reboot attempt is best left in the closet it came from.

In case you were wondering if the woman who played Gozer looked familiar, then you are correct. The role of Gozer was played by the uncredited, but stunning actress Olivia Wilde.

The film looks great, has comedic and adventure appeal, presented in a way that can be watched by families who want to recap the glory years with their children. It’s hard to believe it has been 32 years! I can honestly say that those film fits nicely with its 2 predecessors. Will there be a 4th? Only time will tell, though it’s probably a good time to grab that box set if you have been waiting to collect the 3 movies together.

Make sure to catch the Easter eggs in credit as a few more cameos are rolled out! 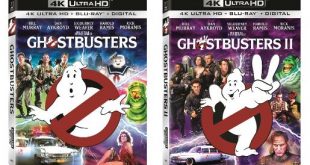