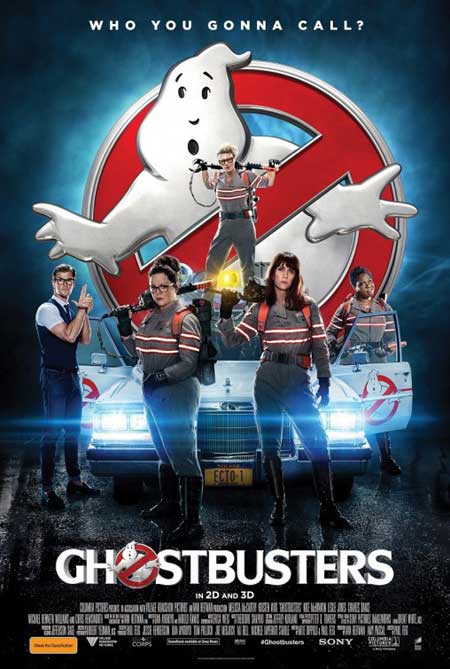 OK YOU SAW THE TITLE, SO I’M GONNA LET A FEW LINES SCROLL BEFORE I START TALKING…….

ok times up. Hopefully that bought everyone enough time to bail out. So I saw the new Ghostbusters last night. In the interest of full disclosure, I am very likely one of the biggest GB nerds on the planet. I have a massive collection of merch from both movies and all three animated series. I own dvds of both features, and the ENTIRE Real Ghostbusters series on VHS recorded from broadcast IN ORDER. Yes, I am a GB nerd. 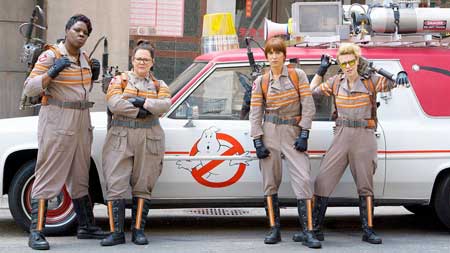 When I first heard about the new movie, I was definitely a bit annoyed. I really hate the current trend of remaking every great (and some not so great) movie ever made rather than put money into fresh indie filmmakers with new ideas. I feel some films are “of their time” and need to just be left alone (don’t get me started on the upcoming remake of Rocky Horror). And Ghostbusters is one of those films. It is THE quintessential New York movie, a showcase that captures the magic and beauty of the city so nice they named it twice. I interned at a theater in Greenwhich Village a few summers after the movie came out. I never would have been there if not for the original film.

So like a lot of people my age, I have a very strong attachment to the original film. The idea of a remake broke my heart. And after the passing of Harold Ramis, I was convinced there could never be another GB film without Egon. It’s over. Time to move on.

However, I am a fair person. I decided to reserve my judgement until I actually saw the thing. I made the plan to see it the day of release, and I would go in with an open mind and give it a fair chance to impress me. 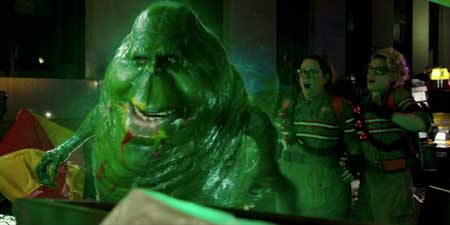 To be fair, this is not MY Ghostbusters. But I didn’t expect it to be. It’s been 33 years since the original came out. Sensibilities, society, even the city itself have changed so much. Lightning doesn’t strike twice, as they say. But Paul Feig and his brilliant cast certainly tried to make it so. There is a lot more in common with the original and this version than would seem apparent from the trailers.

Let’s start with the cast. An incredible esemble of talented comedians – in this case Leslie Jones, Kristin Whiig, Kate McKinnon, and Melissa McCarthy – thrown together in a fast-paced, improbable story of the supernatural. One can easily see how each actor fits into the original archetypes. Melissa is Ray Stantz, Kate is Egon, Kristin is Peter Venkman, and Leslie is Winston.

However, as in the original, each actor brings something of themselves into the character they are portraying and making it uniquely their own. Kristin isn’t a shifty scientist who sees the whole thing as a”dodge or hustle”, but a squarely serious professor of science who doesn’t even want anything to do with this weirdness for fear she will lose her tenure at Columbia. Leslie is a native New Yorker, open to the possibility of ghosts (considering her encounter with one early in the film) and eagerly signs on to join the group, offering her services as a city native and her familiarity with it. Melissa is enthusiastic and brilliant, like Ray, but more in touch with the real world.

And I can’t say enough about Kate as Holtzmann. I have a new hero. Unlike Egon, who’s genius and quirkiness was subdued and just under the surface, Holtz is a nutbar with cheese. It’s like Egon and Tank Girl had a baby. She’s out and loud crazy as a loon and definitely a stand-out character in the film for me.

Our other stand out character has to be Chris Helmsworth as the less-than-competant receptionist Kevin. In juxtoposition to Janine, who is the single most efficient office administrator the world will ever know, Kevin is…well, not very good at much of anything. He’s not only incapable as an office admin, but is box-of-rocks stupid to boot.

Now, I don’t know why the character was written that way, and I’m sure there are a lot MRAs out there screaming as we speak about “degrading the man to lift the women up” or whatever. If it had been a bubble headed bleach blonde female, they wouldn’t say anything about it. Probably praise the “realism”. As it is, Chris is so damn funny he almost steals the show in several scenes.

In the case of Kevin, he’s not a direct analog for Janine, but more an extreme parody of good old Louis Tully. Louis wasn’t exactly stupid, especially in GB 2. He was more clueless and inept than dumb. Kevin is an evolution of that archetype.

oh, and there is no love interest. That whole thing is pretty much avoided. Sure, Kristin spends a lot of time admiring how pretty their dumbo secretary is but it never goes beyond that. 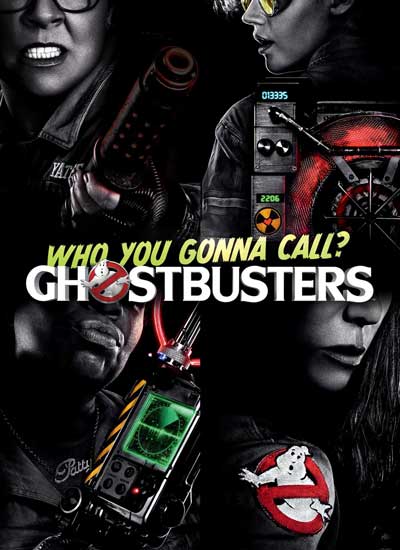 The cameos….We’re talking “Muppet Movie” level cameos. They come fast and furious, some easily recognizable and some just for New Yorkers who know. If you don’t catch every last one, that’s ok. That just means that particular easter egg or cameo wasn’t meant for you.

Finally, lets talk special effects. um..HELL YEA! I saw the 3D, kinda by accident not by design. If you have the chance, do the 3D. The ghosts are incredible, and in 3D you really get a damn good look at the details. Did I mention the slime? No? Forget I said anything.

The final battle in Times Square is simply extraordinary. I know, blue screen and CGI, like pretty much every movie made anymore. But there’s good CGI and there’s crappy CGI (read:SHARKNADO). This is great eye candy. Nice depth, interesting designs, and the battle blur isn’t all that bad. 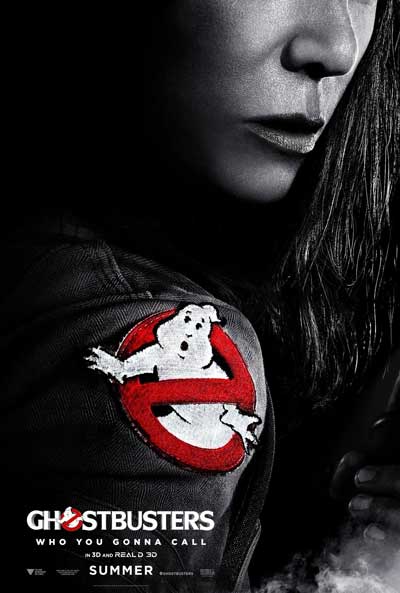 Honestly, going into this thing feeling a bit like my childhood had been compromised, I came out of it feeling really good about the torch being passed. I don’t know that this Ghostbusters has quite the same charm as the original, and the iconography of New York that was so prevalent in the original isn’t there. But the comedic timing is dead on, and it seques nicely from what we know into what is to come.

This isn’t so much a direct remake as it is a reimagining. Using the original paradigm and archetypes,they managed to create new characters and a new story. There’s a lot that will be familiar, of course. But its just different enough to be its own thing.

In short…..I enjoyed it. I will probably see it again. And I plan to pre-order when it comes to bluray. Give it a chance, people. it may not be YOUR Ghostbusters but its definitely Ghostbusters.