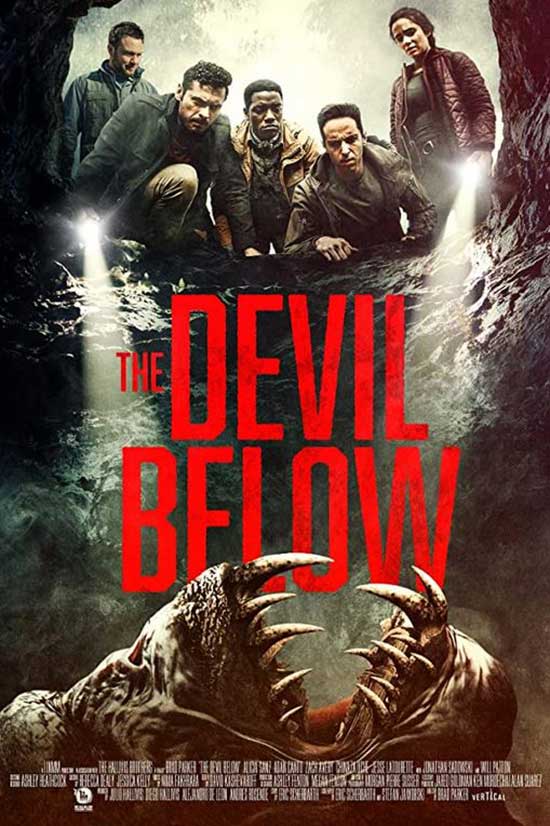 There is an abandoned place nestled deep in Appalachian country where underground coal mines have been ablaze for decades. When a team of researchers try to find out how the fires started, they soon discover something more startling than the mystery that sent them there: they’re not alone.

The Devil Below was directed by Bradley Parker and written by Stefan Jaworski and Eric Scherbath. The first second of the film is dark and an equally dark beat starts to drop. It seems chaos is about to ensue at the Shookum Hills Mining Co. 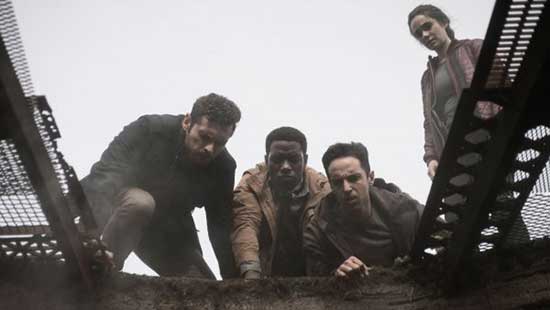 Schuttmann played by Will Patton, and his son Eric work at the mining company. Something horrible shows up like a bolt of lightning. When WILL PATTON gets that Holy sh*t look on his face, you know the sh*ts going to hit the fan! Will Patton has been in everything from The Postman, Armageddon, 24, and more. He’s a great actor that always disappears into a role.

Flash forward to Arianne (Alicia Sanz) is looking at old photos, case files and information about all the people who died at the mining company which is located deep in the mountains. (Oh, good, more mountains.)

Arianne’s taking four men who are researchers trying to figure out how the fire started at this mining company. Darren (Adan Canto), Shawn (Chinaza Uche), Jaime (Zach Avery), and Terry (Jonathan Sadowski). They doubt her driving, they think she doesn’t know what she’s doing. 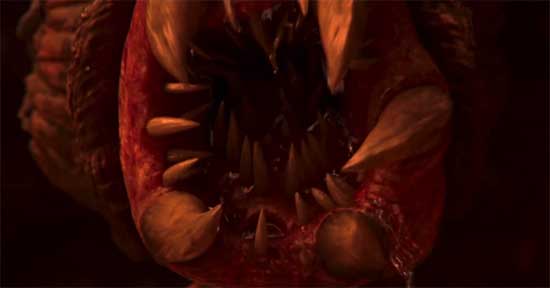 Arianne makes a pit stop for water and essentials. Her group meets some of the townspeople. They are not happy with outsiders. Arianne gets followed and chased; the townspeople are trying to stop them from finding the mining site.

It’s nothing but mountains and DANGER signs. “What do we have to worry about?”

The group heads into the mountains. There is quite a hike for them. Shawn (Chinaza Uche) begins to tell the tale of what they think happened. He plays recordings and it turns into an even creepier campfire session. He tells them about the “well to hell”. It was never a coal mine, it’s a well to take you to hell. A lot of people have different takes on hell. Some say, hell is right here on earth. Every person has a different belief when it comes to hell. 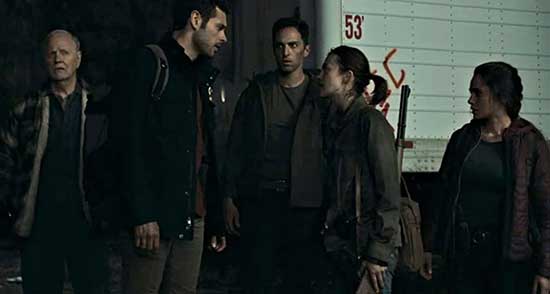 I get this feeling already that they should just turn around and go home. But let’s investigate. Let’s find out what’s in the big hole. Darren is all about science. Shawn seems a little more open-minded.

It can be difficult if you are strictly a science person. Most scientist seem open-minded and yes, they can handle molecules, diseases, fact, and everything. But mention the devil, I’m not sure what happens. People in general get weird. The group that stays in the town checks out the security and they discover things have gone awry. This is unsettling to this group.

Do they know about the “well to hell?” Have they met this monster or devil? Back at the camp site, they discuss Arianne and how Darren found her. There is some comic relief, which is appreciated in such a creepy movie. Horror isn’t all just blood and guts with people running for their lives. Now, in a MAD MAX, shadowy, bad ass way, Will Patton’s character returns.

He looks like he’s seen the devil and just wants to kick his ass. Darren wants Arianne to go along on the dig. We learn how Darren met his friends that he’s taking on this dig. I know that finding things can be amazing for science and future generations, but sometimes things should be left alone. Not, just in movies but in real life. 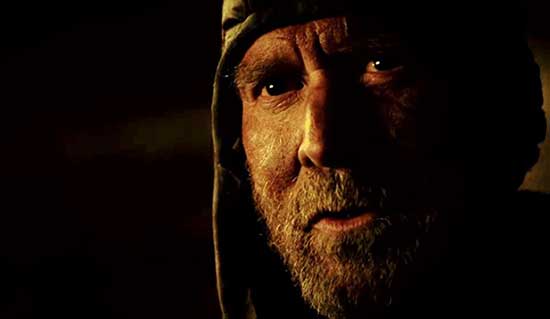 It’s the next day and Arianne leads the way with Darren and the group. Again, its all mountains, rocks, and rough terrain. The group comes across a cabin, at least it looks like a cabin. They head out the back doors of the cabin and they discover the mines. This doesn’t seem like a good idea at all. NOPE!

Darren, Terry, and Shawn are setting up the equipment. They start putting the equipment in what could be the well to hell? Terry is collecting data, and he hears something. It sounds like massive growling but what do I know?! There goes Terry. The cinematography is incredible.

The effects and make-up are great. Arianne and Jaime go in after Terry. Now, one the guys from the other group shows up. All hell breaks loose. Maybe the devil below is not the devil you want to know?! Shawn knocks out Dale (William Mark McCullough). Darren’s group tries to escape. They hear the low-belly growling above ground now. It’s not just coming from the hole in the ground. 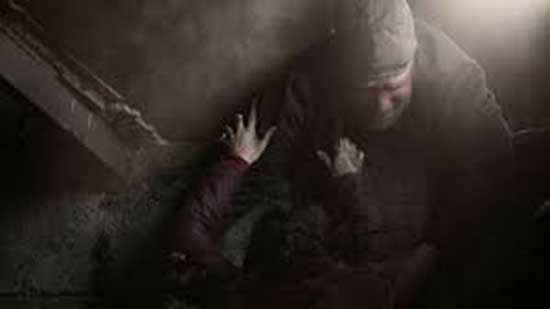 The creatures are portrayed by Bayland Rippenkroeger and Christopher Padilla, and Apollo Bacala. Schuttmann’s (Will Patton) group shows up to save Darren’s group. Darren explains his situation to Schuttmann, and he’s worked hard to keep this horrible devil creature contained. 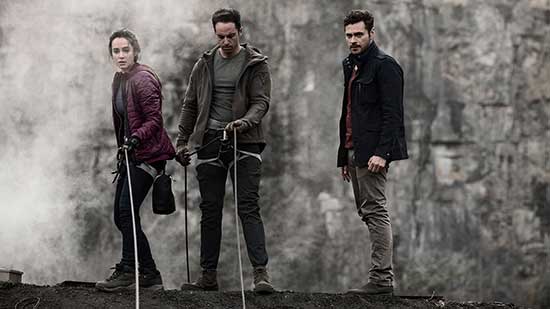 Darren’s group and Schuttmann’s group are trying to work together. Darren and Arianne wind up in this claustrophobic part of the mountain. There is a big battle. Good versus evil, there’s flamethrower’s involved. It’s insane and these other worldly creatures. The effects in The Devil Below are insane. The growling and there’s a grittiness to these wild creatures. It’s GREAT! This was a fun movie. I would recommend checking out, The Devil Below.