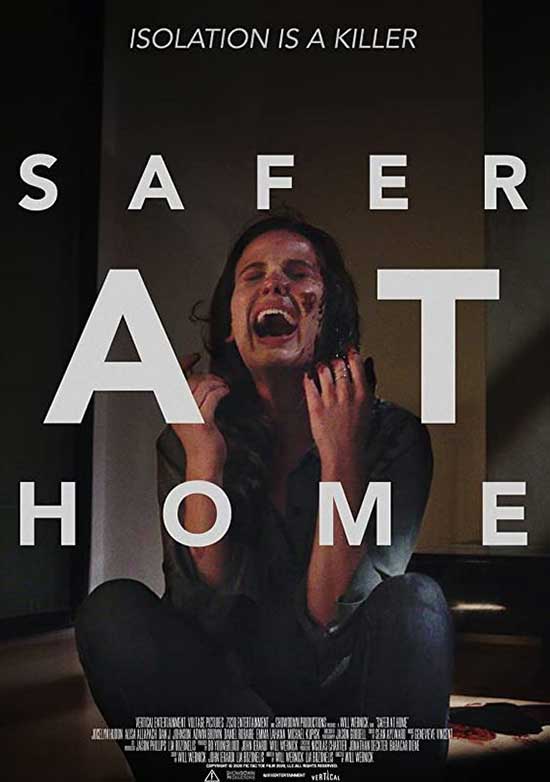 Two years into the pandemic, a group of friends throw an online party with a night of games, drinking and drugs. After taking an ecstasy pill, things go terribly wrong and the safety of their home becomes more terrifying than the raging chaos outside.

Directed by Will Wernick, Safer at Home was also written by Will Wernick, Lia Bozonelis, and John Ierardi. Wernick has managed to terrify the masses with Escape Room and No Escape. I was able to talk with Will Wernick after watching Safer At Home. He took part in an interview for Horrornews.net. He talked about the difficulty in making a film like this.

I don’t even want to say it. The film opens with what the world is like now. People on zoom, the coronavirus, people dying worldwide and in the United States. The emptiness and violence that has hit the United States of America. It’s really scary that this has become our world. Meeting friends on zoom, talking via DUO on Google. Facetime, chatting and social media. Social media can either be wonderful or like someone ran over you and then they proceed to scoop you up and dump you in a dumpster. 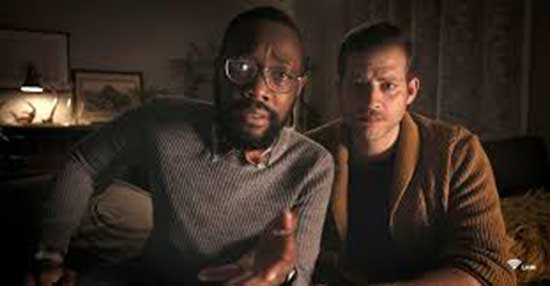 Okay, so grab some popcorn, snacks, water, wine, beer? I don’t know what you’re drinking or eating. But, cozy up and find out if we’re really “safer at home”?

They are sharing news and celebrating a birthday. They have beers and wine. Okay, so they can party at home. Oliver sent everyone a package with some party favors. A trip to Vegas via zoom with some molly. What could go wrong right? Plus, they AT HOME! That’s the thought. Everyone at home, relaxing and popping molly with a Las Vegas backdrop. 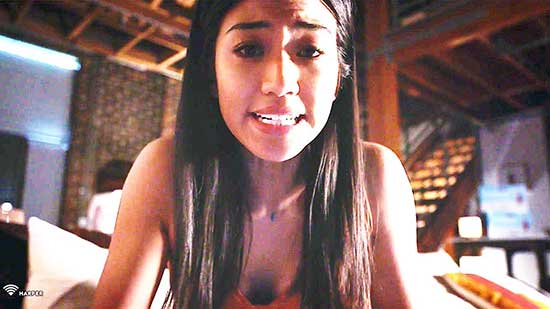 Now they are playing some games… No Jigsaw related games. I’ve had a few conversations with friends that involve the “pandemic” and how people are handling it. I think as horror fans, we have been given glimpses into some of the insane stuff that can happen. Horrible things can happen anywhere and now Will Wernick is bringing the horror home. At least with this, you don’t have to worry about muting yourself. 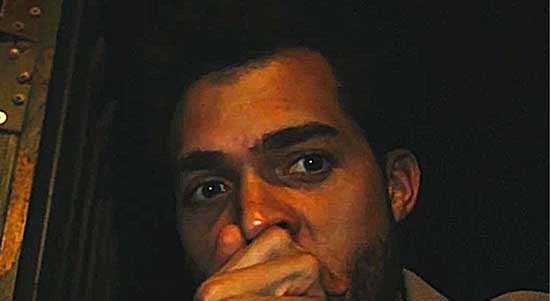 Safer At Home has some funny moments, a few light moments with this group of friends doing impersonations, talking, dancing, and Keanu Reeves is mentioned. Okay, now everyone is upset. Quarantine is getting to them big time. Jen and Evan are fighting. Oh, it gets bad now. Harper (Alisa Allapach) is in the medical field.  It’s difficult to argue on zoom when people can mute you and walk away.

This “night of fun” is turning into a nightmare. It gets worse and emotional now. Something tragic happens. This group of friends is in trouble now. I don’t get why an ambulance wasn’t called? “There’s nothing we can do from this side of the screen.” That’s probably the most lockdown/quarantine thing ever.

They have covid-19 check points in the film. Oliver is trying to drive to Evan. Evan is trying to get to his car. This movie is freaky. The fact that Harper has paper towels and toilet paper stacked behind her is enough. The police show up at Oliver’s house. Oliver is helping Evan and Mia is home. This cast is doing a good job playing these characters. They are in the house and watching all of this unfold. It’s like a person watching TV and yelling at the TV but they can’t hear you. 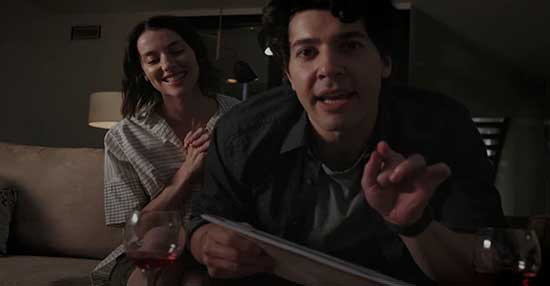 There is one WILD TWIST! This is crazy. This is sad. They flash back to two years earlier. It’s crazy when you think about how fast all of this happened. This isn’t the first “pandemic” or “outbreak” type of movie but it is a good one. It shows the strain of what’s going on in the world. The mental stress and the lack of stability some people feel. Will Wernick did a good job with this. This is one of those situations where escaping isn’t viable. This is insane. It feels a little too real and uncomfortable but in a good way. It keeps you on the edge of your seat, well couch, exercise bike, yoga mat or bed. Whatever you may be sitting on to watch this movie. Make sure to check out, Safer At Home.

“May Your Nightmares Inspire You.”