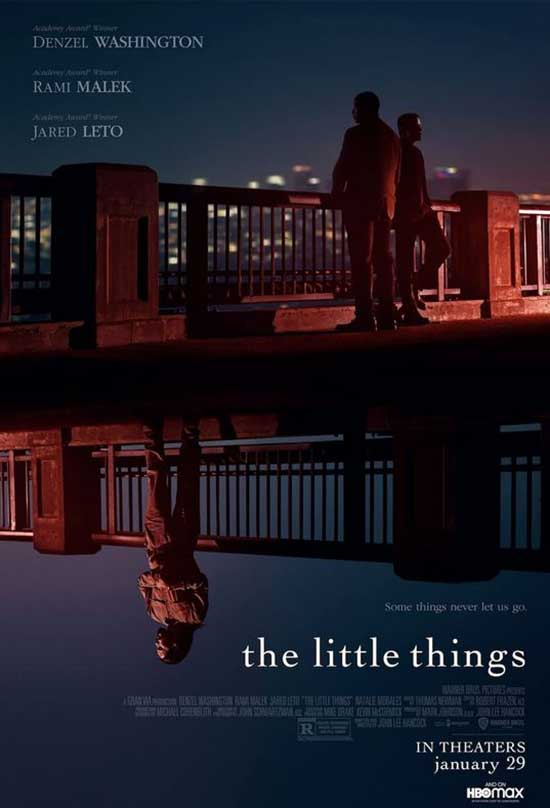 A troubled deputy sheriff tries to stop a serial killer who is terrorizing Los Angles.

I didn’t know a single thing about The Little Things before I saw it and judging by the title assumed it was going to be a fun little horror flick involving little creatures along the lines of Ghoulies, Gremlins, or Critters. Imagine my utter disappointment when I sat down to check it out and got a boring crime drama/thriller that desperately wanted to be Seven instead. Instead of seeing little monsters tear people apart I got a bored-looking Denzel Washington playing the exact same character he’s played countless times before chewing up the scenery like a lawnmower while Jared Leto shows up to just basically be us usual, annoying self. Needless to say, I wasn’t’ impressed with this movie and am quite surprised that I was able to finish it.

If you look at the synopsis for the film above, I am sure you are thinking Wow. That sounds just like about 5,000 other movies that have come along over the last several years, and you would be correct. If you’ve seen any other movie with a similar plot (or any other Denzel Washington movie ever made for that matter) then you’ve already seen The Little Things as it will never be accused of being original. Basically, we have a troubled cop dealing with some past issues related to a case he couldn’t solve that has an impact on him as he works on a current case that has some similarities to the one haunting hm. Throw in an easy to solve mystery, a half-assed twist toward the end, and characters you don’t particularly care for and that is pretty much this movie in a nutshell. It isn’t anything you haven’t seen numerous times before and unless you are just really a fan of this type of movie and this tired, played out formula there is really no reason to see this film. 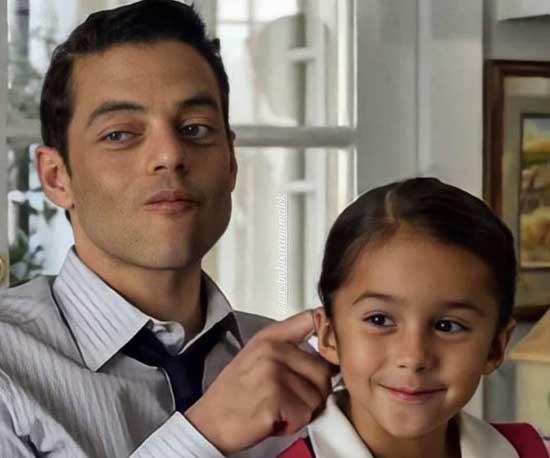 I know that I am definitely not the target audience for this movie, but I have to think even the viewers out there they enjoy this type of film won’t care for it either. I thought it was boring, way too long (it clocks in at over two hours), and nothing that amazing ever happens. For a thriller it isn’t that thrilling and most of the time I spent watching it I had trouble focusing on it because my mind was preoccupied with other things because nothing about it held my attention. It takes forever to get to the big reveal at the end and believe me when I say that It is nothing to write home about as most viewers will see it coming a mile away. It’s hard for me to believe that a movie like this would get a theatrical release today and just wasn’t dropped onto Netflix or some other streaming service as it appears to have been written in the mid-90s to capitalize on the success of films like Seven, Kiss the Girls, The Bone Collector, and the slew of similarly themed movies that came out around that time.

The acting is pretty much what you expect. Denzel plays the same character he always plays and puts little to no effort into it as this gig was obviously just a paycheck to him. Likewise, Jared Leto plays the same character he’s played his entire career and he too seems as though he just wants to be anywhere else. The only actor in the film that does a good job of standing out is Rami Malek who does the best he can with what he has to work with, but there are times you can tell that he sort of regrets taking the part and wishes that he’d committed to another project instead of this one. Still, he powers through and tries his best to bring his character to life, but I have a feeling that when he looks back on his career one day, he won’t say that this was his favorite role or best performance.  The other characters that appear in the movie are just there and I had trouble remembering most of their names or who they were supposed to be because in all honesty, none of them are memorable whatsoever.

So yeah, I wasn’t a fan of The Little Things as you can tell. It just wasn’t for me and I just can’t see anyone ever saying that it was their favorite movie of all time or anything. Sadly though, I have a feeling that Washington or Leto will probably win a couple of Golden Globes and Oscars for their lackluster performances here because that’s just the way things work in the movie industry. At best this film could be compared to a direct to video thriller that was released in 1998 and starred someone like Val Kilmer during the downswing of his career that a handful of people saw and forgot all about a few days later. I thought that it was an overly-long, unoriginal bore of a film and I can’t say that I would ever take the time to watch it again. Check it out if you’re a fan of movies like this, but don’t expect anything amazing from it you haven’t already seen many times before.