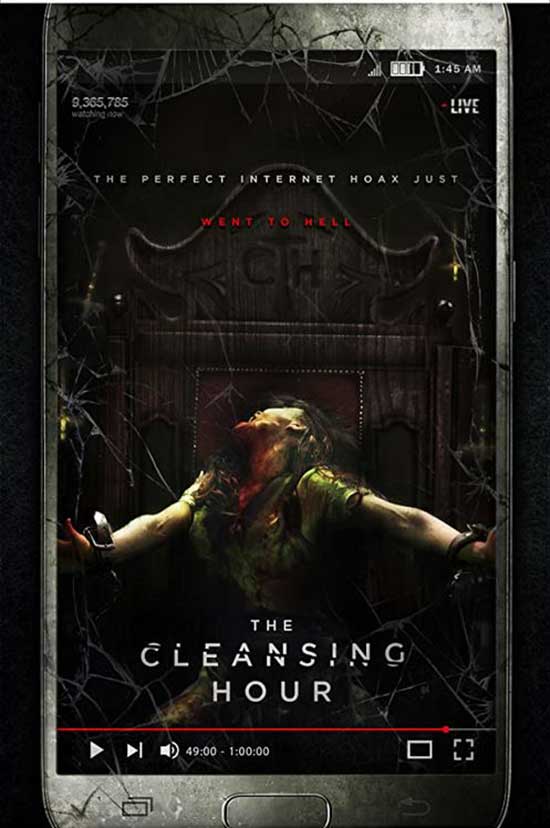 “In THE CLEANSING HOUR, Max and Drew run a popular webcast that streams “live exorcisms” watched by millions across the globe. In reality, the exorcisms are just elaborately staged hoaxes performed by paid actors. But their fortunes take a turn when one of the actors becomes possessed by an actual demon and takes the crew hostage. In front of a rapidly growing audience, the demon subjects the crew to a series of violent challenges, threatening to expose the dark secrets they’ve been hiding from each other unless they come clean and reveal they’re impostors before the show is over.”

Popcorn, friends (social distanced of course), holy water, a rosary. No offense, for good faith. I should also learn more Latin. We’ve seen movies like Untraceable where killing while streaming seems to be all the rage. So why not add exorcisms to the list. We’ve seen lots of exorcism films but the reality aspect of streaming an exorcism, it’s something else.  Ryan Guzman plays Father Max, “the famous exorcist.” Father Max is charismatic and playing up to his followers.

Kyle Gallner is Drew. Drew is a filmmaker. It’s a reality show for exorcisms. 2020 has been something else. Will there be zoom meeting exorcisms?  Father Max is legit on LIVE doing karaoke at a bar with his friends or well, followers. I was kind of waiting for this movie. It was either this or drive-thru exorcisms. It could be a thing? There are a lot of films that deal with demons and exorcisms. Check out, Along Came the Devil, Along Came the Devil II, The Exorcist.

Father Max has another show and Dante (Amrou Al-Kadhi) doesn’t show up so, Drew has his girlfriend Lane sit in. The introduction is great. It’s overexaggerated yet just right for this. It doesn’t seem like a long shot that people would be streaming exorcisms online. Chris (Chris Lew Kum Hoi) is having a problem. He collapses while filming and he’s seeing things. This may be the part where the actual angry demon shows up.

Lane (Alix Angelis) isn’t responding to Drew or Father Max. Kyle Gallner does a good job and Ryan Guzman is one hell of a father. Okay so we have a demon. (Hold for a moment while I get my holy water and rosary. No offense, just precaution.) I think for a few minutes they think it’s a hoax. “Father” Max has to figure out who the demon is in the “Demon database.” There are all sorts of people watching this while the followers make all sorts of suggestions for Lane and Father Max.

The special effects and make up are crazy. They did a good job with the demon and Father Max’s scenes. Social media can be great and it can be hindering. I suppose it all depends on how people are using the social media. The sad thing is, the worse it gets the more people are watching. 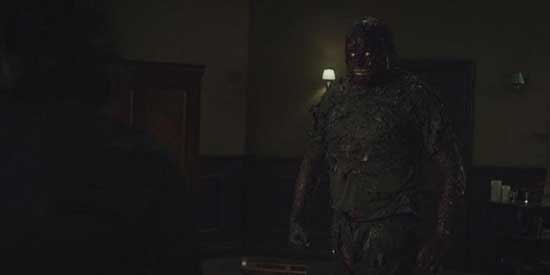 The unforeseeable little creature demons were unusual and cool. This demon wants confessions. Some of us purge our souls on the internet. People have social media and with that blogs and Podcast often follow. We listen and criticize and there are times when people say cruel things online. Ryan Guzman (Heroes Reborn) really pours his heart out. He goes back and forth with Kyle Gallner (The Finest Hours). Kyle disappears into his roles. He brought so many characters to life.

Exorcism films often bother people. I hear from friends and I spoke with a few people about the subject and it’s the fact that we all have different beliefs. A lot of films about exorcisms twist and contort human beings. This presence is taking over a human being. The Exorcism of Emily Rose, Supernatural (“meat suits”), SHUDDER also had Belzebuth which starred Tobin Bell. I was able to talk with Tobin Bell for an interview for Horrornews.net and he had a fascinating take on demons and demonology. The First Power comes to mind. It’s disturbing with this man who is killing and scaring the shit out of people. 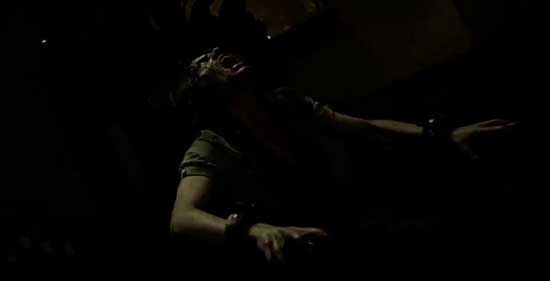 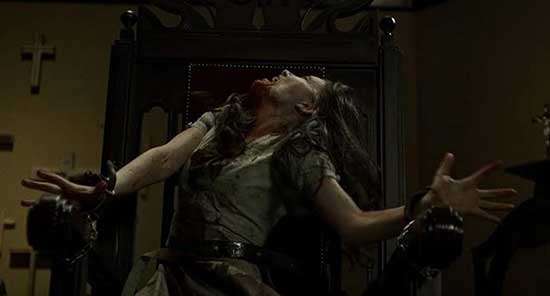 The Exorcist is usually the movie that comes to mind as soon as I begin to talk about exorcisms. There is this psychological fear and if you do have certain beliefs, you may not want to deal with demons spewing gross logic. Yet if there are people who have been possessed or inhabited by “demons,” it is a scary thought. The projectile vomiting and thrashing around seems traumatizing. I suppose like everything, you have to walk in the shoes of the possessed to truly understand.

The Devil Inside, Constantine, The Rite, Deliver Us From Evil. These are all films that deal with possession, the devil or a demon. The Exorcist 3. Towards the next half of The Cleansing Hour a lot of wild stuff happens. This cast is giving everything. Ryan Guzman’s Father Max sees things differently. Streaming and possession just took a different turn. This shows the impact, the power social media has. The influence that these people have. Overall, the cast did a good job, the story was fascinating. Make sure to watch the ending and the credits. It’s pretty gnarly stuff.

Make sure to check out The Cleansing Hour and “may your nightmares inspire you.”