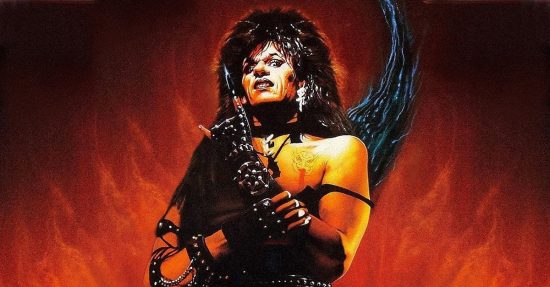 Much like Eddie Weinbauer’s obsession with rock star Sammi Curr, there are fans out there who have something of an unnatural relationship with the 1986 heavy metal horror movie Trick or Treat. I’m proud to count myself amongst the fans of this particular slice of 80s fun. To be honest, I’ve been obsessed with this film since I saw it, namely when I was far too young to be watching flicks like this. Did it turn me into a bloodthirsty lunatic? No. 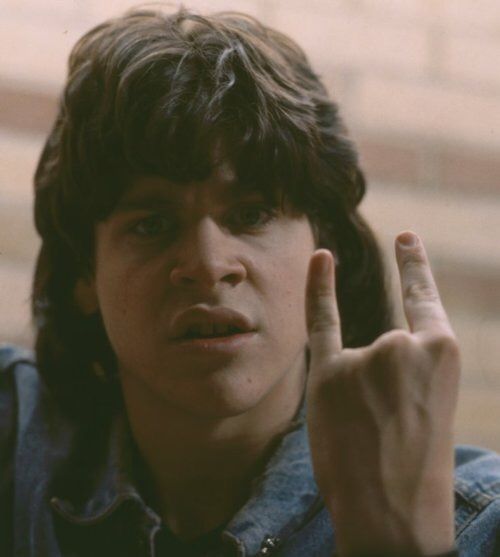 What it did was show me very clearly that it’s okay to be the underdog, to stick to your guns and be yourself even when everyone around you thinks you’re crazy. I was always bullied at school for the way I looked the way I sounded and the life I was leading during my formative years as a metalhead. Trick or Treat spoke to me on a way deeper level than I believe it was meant to, really. In Eddie Weinbauer (played with a brilliant awkwardness by Marc Price) I found an unlikely hero.

I’m getting ahead of myself. It’s easy for super-fans of particular films to forget that not everyone has seen – or appreciated – what they may see as an unsung masterpiece. Trick or Treat – not Trick R’ Treat – was a film released in 1986 that mixed heavy metal subculture – always an underdog itself – with comedy-tinged teen horror, almost like A Nightmare on Elm Street if Dokken had done all the songs instead of just the title track to Dream Warriors.

The film followed Eddie (Price), a kid obsessed with rock idol Sammi Curr (played perfectly by Tony Fields). Eddie is bullied on a daily basis by a gang of typical 80s high school assholes, and deals with life through metal. When Sammi Curr dies in a hotel fire, Eddie is devastated, finding solace in his friend Nuke (played by KISS legend Gene Simmons), the DJ at the local rock radio station. Nuke gives Eddie an unreleased Curr album, which naturally is filled with back-masked messages aimed directly at Eddie, who had been sending fan letters to Curr for some time.

Keep in mind that this was at the height of the scandal created by Tipper Gore and the PMRC, claiming that hidden messages in metal albums were driving kids to murder and suicide. See the cases of Judas Priest’s ‘Better by you better than me’ or Ozzy Osbourne’s ‘Suicide Solution’ for how that all panned out.

This film used the back-masked messages – accessed by playing vinyl albums backwards – as the tool for bringing Sammi Curr back to life as a super-powered, scarred demonic version of himself. Curr had been deeply involved in the occult (which we glimpse in a flashback to the fire that killed him), and was able to channel his twisted soul back into our world through his unreleased final record, ‘Songs in the key of death’. Mayhem ensues, as Sammi starts killing people with his unexplained electrical powers, culminating in a showdown with Eddie himself after a school Halloween dance which all gets a bit ‘Carrie’. 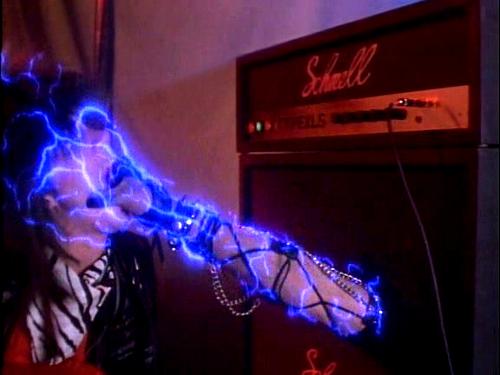 All in all, it’s an entertaining flick which is light on gore and subtle in its humour, but there’s something about it that really strikes a chord in many people, and I don’t just mean a power chord. Charles Martin Smith’s direction is solid and uses the budget really well, but it’s what he got out of the cast that lifts the film up from the gutter it could have ended up in. While the film can be a little disjointed at times, that disjointedness is countered by having the entire soundtrack performed by one band, namely Fastway, the hard rock band founded by former Motorhead guitarist ‘Fast’ Eddie Clark. 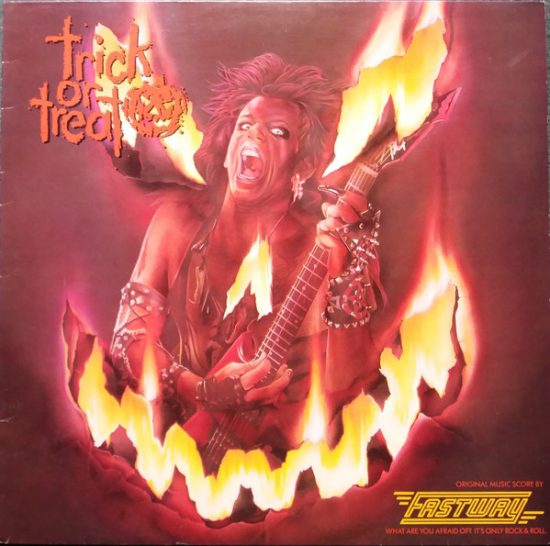 As befitting a movie where the hook is music, it’s fitting that the Trick or Treat soundtrack is something special. The songs on that soundtrack album are put across as being by Sammi Curr in the movie with, one song being performed onstage by Sammi at the ill-fated Halloween party! The album itself comes in at a pretty short 33 minutes, and songs like ‘Tear down the walls’ are so short they’re barely longer than their screen time! That particular song is played during a scene where Eddie rips his rock and metal posters down upon hearing of the death of Sammi Curr, which brings me to an important part of the film which many may not pay that much attention to. Eddie’s bedroom.

Lined with posters of bands such as Raven, Judas Priest and Motley Crue, it’s unkempt and lived in, looking natural and believable, just like Eddie himself. Sure it’s huge, but itfits with the character and his personality. His bedroom became a shopping list for me as a teenager, tracking down albums by everyone I saw pictured in his room. This resulted in me tracking down vinyl copies of albums like Raven’s misguided but fun ‘The Pack is Pack’ and Exciter’s ‘Unveiling the Wicked’ (visible when Eddie’s mum looks through his records and is disgusted by the cover showing someone ripping their own face off to reveal a green monster beneath), which to this day is one of the most pivotal metal albums of my life.

The cameos from Ozzy Osbourne added some heavy metal weight to it (I love Gene Simmons, but come on, Ozzy was cooler at the time, right around his brilliant album ‘The Ultimate Sin’). Trick or Treat unknowingly captured the zeitgeist of heavy metal culture at the time in Eddie Weinbauer. He was misunderstood and shunned by the masses, but he was passionate about what he loved and lived it with every moment.

The film does have its bad decisions, such as the ‘demon rape’ scene where a random monster assaults the girlfriend of Eddie’s main high school foe. This was apparently not in the original version of the script and adds nothing to the story other than showing some boobs in order to gain some more notoriety. I tend to skip through that scene as it just doesn’t work with the rest of the film, especially as it’s literally the only moment where the rubber monster is seen. It isn’t mentioned, referred to or alluded to at all for the rest of the running time. 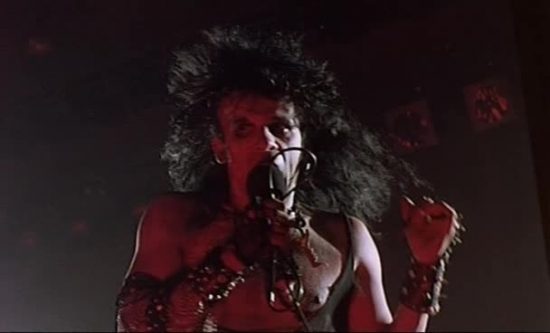 The film had a budget around three and a half million dollars and sadly fell a little short of breaking even, but over the years this strange little horror movie about a heavy metal nerd has found a cult following that continues to love it. You can buy Sammi Curr ‘tour shirts’ to this day – one of which I have, along with the VHS of the movie, the original video store poster and the soundtrack, CD and vinyl.

What is it that gave Trick or Treat a special place in the hearts of a certain group of horror fans? I’d put it down to the electrifying (literally electrifying) performance of Tony Fields as the enigmatic, larger than life Sammi Curr and the instantly relatable awkwardness of Marc Price’s Eddie Weinbauer.

It’s a film that I feel is ripe for a sequel. Not a remake – a sequel. Think about it. Sammi Curr finding his way back to our world to find the world utterly transformed by technology? Imagine the demonic powers found their way onto the internet. Millions could download the mayhem. And if anyone was to make a sequel, then I know of a Trick or Treat superfan that could do it with every bit of love for the original that it deserves. I’ll give you a clue – the name’s in the byline here.

Is Trick or Treat perfect? No, and that is a massive part of its charm. The tone is all over the place, but Eddie beats the bullies, gets the girl and overcomes a lethal supernatural force, all while Fastway rock out in the background. It’s time to give Trick or Treat another watch and give it the love it deserves. In the words of Nuke, and indeed Eddie: “Wake up, sleepyheads. It’s party time.” 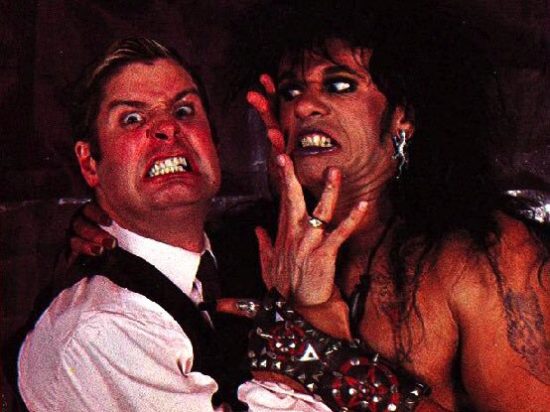 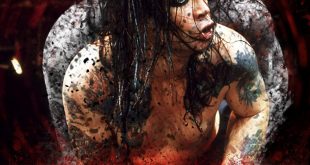 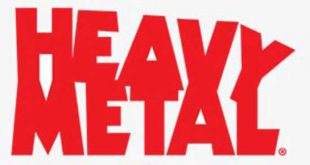