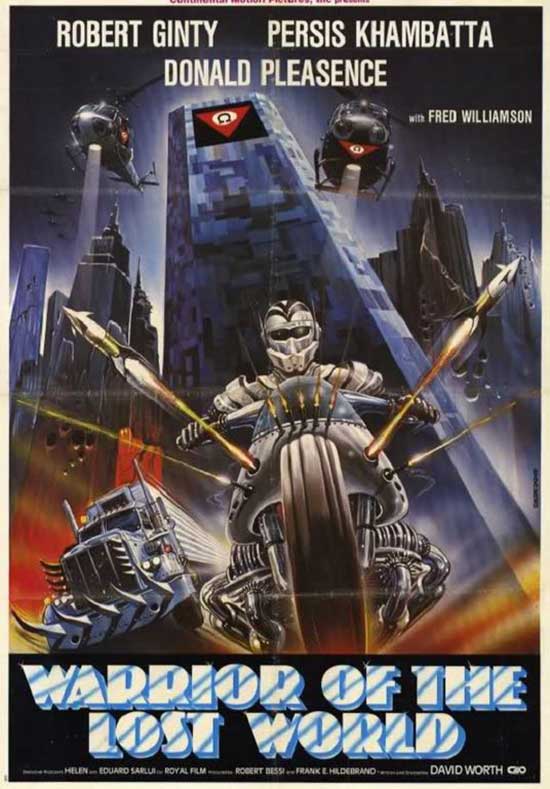 A nomad mercenary on a high-tech motorcycle helps bring about the downfall of the evil Orwellian government, the Omega.

Italian filmmakers in the ‘70s and ‘80s became infamous for cranking out films that were rip-offs of other more popular flicks. This is actually fairly well known. As soon as a genre became popular, they were not afraid to glut the market with their own contributions. Westerns, science fiction, action, zombie flicks, you name it, they did it. Once Road Warrior came out, it didn’t take long for a lot of Italian production companies to pump out their own post-apocalyptic. What’s even more amazing is how often they manage to not only rip-off the Road Warrior but also Escape from New York in a few films. Some of these flicks manage to be fun enough to stand on their own merits, but many, many, more do not. This brings us to Warriors of the Lost World, whose only real notable contribution to entertainment is having been in an episode of Mystery Science Theater 3000. 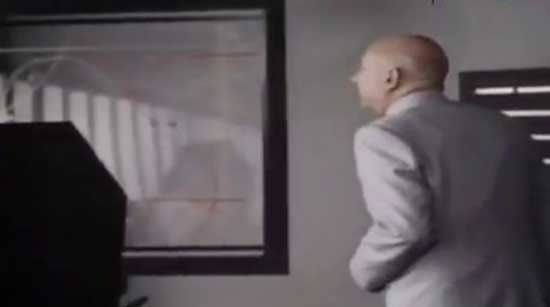 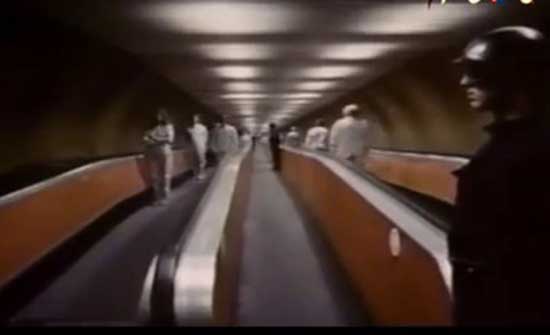 Robert Ginty stars as The Rider, a guy with a super-sonic bike that is controlled by an artificial intelligence called Einstein, a computer that also possesses one of the most annoying voices you’ll ever hear. While wandering the wasteland The Rider crashes, but in the process, somehow stumbles upon a hidden civilization led by the Enlightened Elders. They bring him back to health and then ask him for his assistance in their struggle against the nation called Omega, which is ruled by a despot. While The Rider is at first reluctant to get involved, his growing attraction to the beautiful Nastasia (played by Persis Khambatta) soon finds himself leading a resistance army to take down Omega and save Nastasia after she’s been captured by Omega’s forces.

One of the biggest and most glaring flaws of Warriors of the Lost World is its lead. Robert Ginty’s performance is so lifeless I wasn’t sure he wasn’t sleepwalking during the entire filming process. His lack of emotion, personality, and energy made me wonder if he had been downing barbiturates between takes. He somehow managed to be this black hole of charisma to the point that made me wonder how the heck he was even a thing in the ‘80s.He mumbled his way through the movie,  I don’t know if his performance is due to a lack of talent or a lack of caring about the material, but he offered nothing to make an audience be interested in his character. In the hands of a better or at least a more invested actor, The Rider might have been more interesting and compelling for an audience. Instead, Ginty’s acting feels like an experiment to see if he can induce narcolepsy in others. 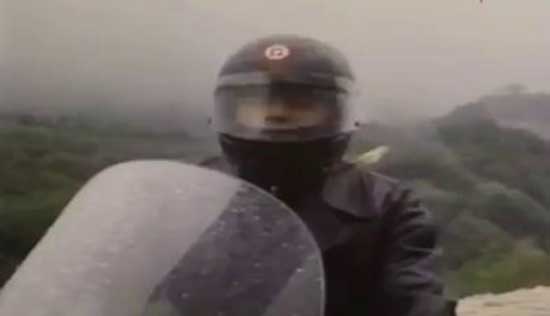 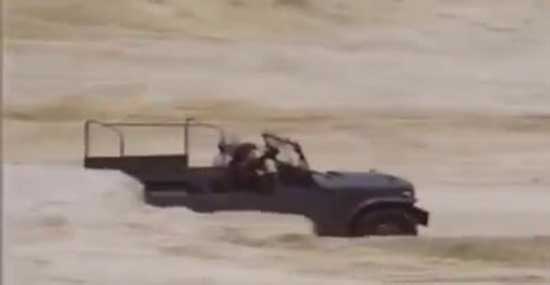 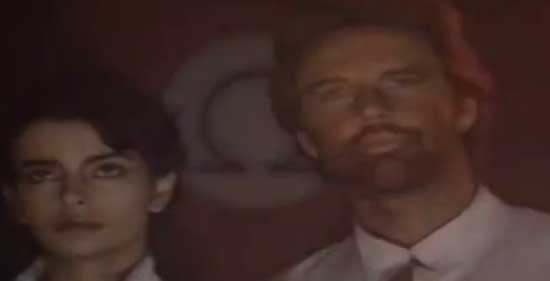 The rest of the cast is not much better. It’s another case where people are either overacting (looking at you, Persis Khambatta, and Donald Pleasance) or trying to match Ginty’s borderline catatonia. I will say that Donald Pleasance is at least fun. He’s hamming it up in every seen and being over the top, but at least there was something entertaining about his performance.

The bread and butter for movies like this are usually the action scenes. I’ve forgiven many a movie their sins for at least delivering some exciting set pieces. Warriors of the Lost World, is not such a film. The action lacks, pardon the pun, punch. They’re poorly executed and tepid affairs that just manages to be kind of interesting. The only time you will get some excitement is when Omega unleashes its ultimate weapon which is a huge armored truck they dubbed Megaweapon. (Am the only one that thought it should be called OmegaWeapon since the society calls itself Omega?). That truck looked awesome and sure gave the impression it could do some damage. 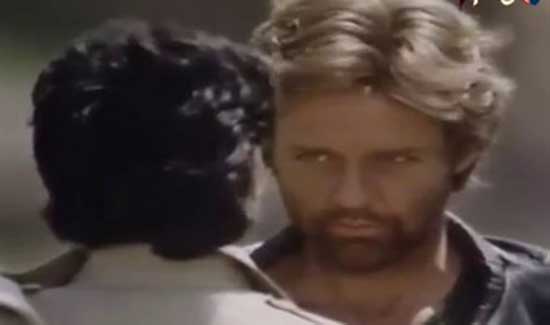 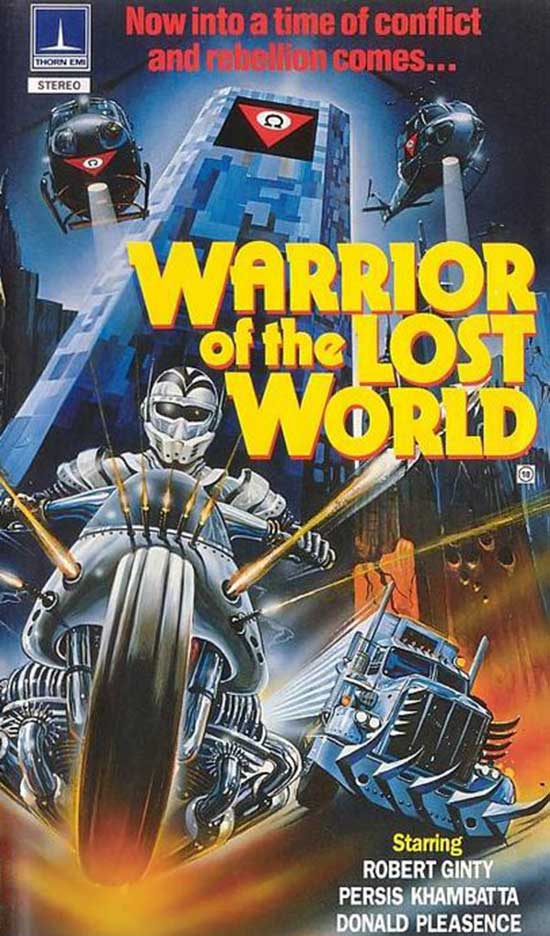 Warriors of the Lost World is an Italian rip-off of Mad Max (seriously, its alternate name is Mad Rider) that doesn’t do anything new or exciting. It gives you a lead that mumbles his way through his lines, action scenes that are dull, cheap effects, and not much else. Sure, Donald Pleasance was fun and the Megaweapon was almost impressive, but that’s not enough to warrant anyone wasting their time here. Unless they want a good laugh by watching the old MST3K episode from back in the day.