Home | The Howling Over A Monstrously Inappropriate Gift

The Howling (1981) deserves its cult status as, arguably, one of the best werewolf films ever made. Screenwriter John Sayles (Alligator, Lone Star) rewrote Terence H. Winkless’ original draft adaptation of a marginal pulp horror novel written by Gary Brandner and crafted a brilliant script that expertly combined crime procedurals, horror, and humor. Director Joe Dante drew from his deep love of horror movies to layer a terrifying mystery narrative that slowly reveals itself as the film plays out. 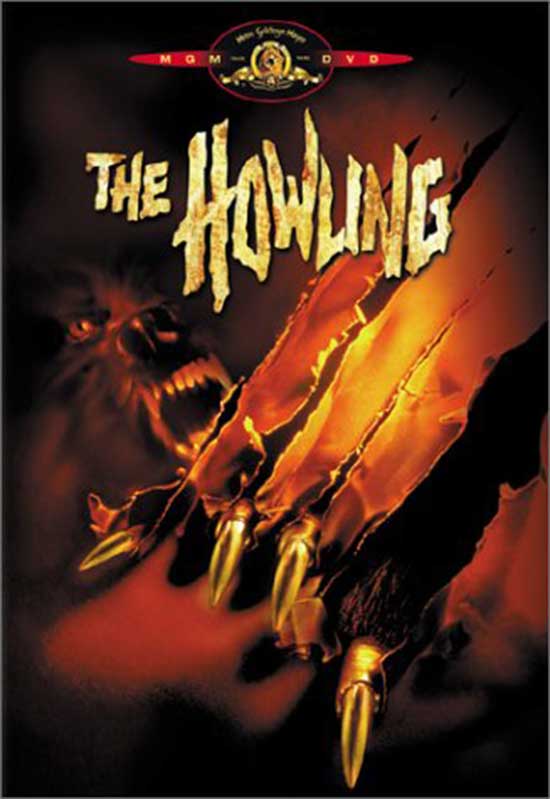 And what makes The Howling so impacting is the weird and subtle tension lying beneath the surface. The werewolves in The Howling are different from other lycanthropes. Yes, they are conflicted and tortured, but in a starkly different manner from their predecessors. Unlike the Larry Talbot or Waldemar Daninsky werewolf archetype, The Howling’s werewolves are not humans tortured because they turn into wolves. They are wolves tormented by a desire to leave their human side behind. 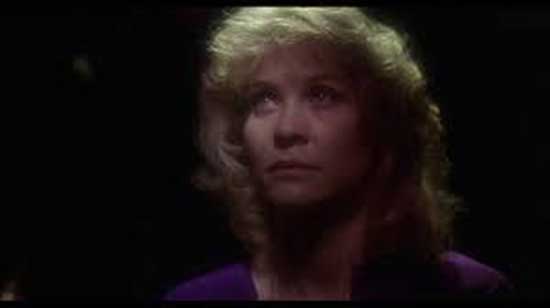 And Patrick Macnee’s Dr. George Waggner’s pop psychology is losing its ability to keep the beasts at bay.

In The Howling, the previous order no longer exists. In the days of folklore, a werewolf reveled in its relationship with human beings. The creature saw its role as a predator and the humans as prey. While wolf at times and human and others, the werewolf almost always embraced the animal side. Perhaps this was because the wolf, through its power of a predator, sat comfortably at civilization’s edge. Humans believed in the werewolf, and that belief manifested in tremendous fear. Humans unable to live safely in the city found themselves at the mercy of animals in the forest. Werewolves also found safety in rural areas and maintained an ability to hunt humans. 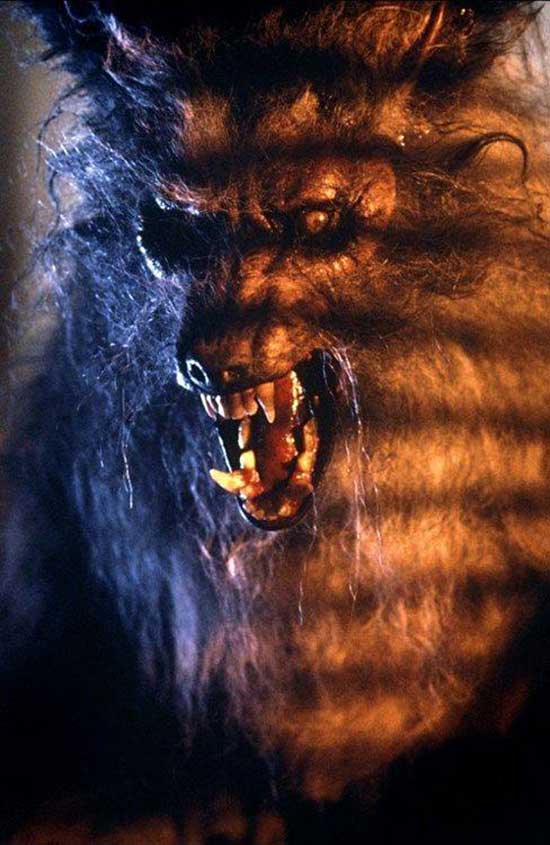 Folklore infers historical myths and not reality and current events. The werewolves in The Howling, therefore, cannot be a creature of folklore. They become creatures of the contemporary world. If people believed in werewolves, that is. And it was to the benefit of a werewolf to stay away from people and make sure they no longer believe.

By 1981, the werewolf was pure a myth, and the non-belief in werewolves supported their survival. Folklore often includes tales of werewolf trials and executions. Even wide scale military excursions to hunt down the creatures took place. In The Howling, werewolves are real. So, the legends must be true. And those legends do frequently end with humans destroying the werewolves. Despite their unnatural power, werewolves lack numbers to deal with organized and resilient human hunters.

During the time the film takes place, humans could almost effortlessly wipe werewolves out with SWAT teams armed with silver bullets. In 1981, it made sense for a colony of werewolves to stay hidden. 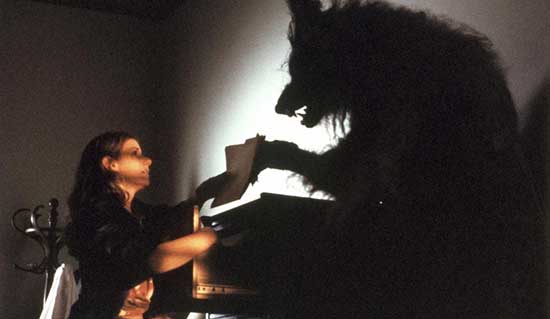 And how would this weigh on the mind of a werewolf creature, one who previously struck fear into civilized society up until the enlightenment? The psyche’s effect was probably enormous, and werewolves found themselves living in a secluded forest, away from humans. Outcasts, werewolves are faced with the curse of living by themselves or embracing the human side to integrate back into society. Or do they directly challenge humans by moving into civilization?

And this becomes the great and failed challenge of the werewolves, as the werewolves find themselves conflicted over accepting their mundane fate.

Pop Psychology Under the Light of the Full Moon

If given a chance, some would prefer werewolves became real and pop psychologists, and self-help authors, all turned into myths. Reading a decent werewolf book could at least leave someone scared, but a contrived nickel-and-dime self-help book might leave the reader with nothing but bad advice and false hope.

What happens when someone comes up with marginal self-help advice directed at werewolves? Many werewolves would follow the insights in the book, while others would deride the material as banal. The latter attitude wins out during The Howling’s conclusion, as the wolf creatures become fed up over the failed promises of Waggner’s pablum. 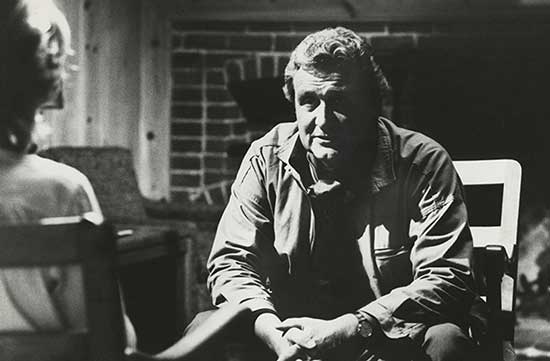 The Gift is the title of a book written by Waggner, a werewolf himself. Although he doesn’t directly make a werewolf connection in his mass-market book, the focus, instead, centers on accepting unique gifts in life and not shunning them. The advice could benefit both the werewolf and humans, alike. The tome’s origins, interestingly, began with his werewolf clients. Essentially, The Gift is the “cash-in” book, a work of re-written and softened “werewolf psychotherapy” now redirected at humans.

Waggner wants werewolves to believe they possess a special gift. There is no curse to being a werewolf, so the creature should not feel ashamed about his or her shapeshifting tendencies. Shame may come from the human side’s guilt over killing humans, something Waggner wishes to address.

The ideas behind The Gift suggests werewolves should spend more time trying to coexist with humans. Therefore, he wants the werewolves to accept a “gift” by rejecting an attitude associated with it: he wants them to walk away from the faux superiority and real predatory complex.

The unfortunate matter of the unchanged creature’s embracing their predatory, homicidal nature creatures tension. “Were” comes from the German word for “man.” Much of the conflict comes from the schizophrenic nature of Wagner’s pop psychology. Several of the werewolves are more wolves than “were.” And some carry over decidedly human traits of sociopathy to complement their wolf side.

The Doctor’s Quest and Quist

Only two werewolves move into human society. Waggner is one, and he practices psychotherapy. The other practices mayhem. 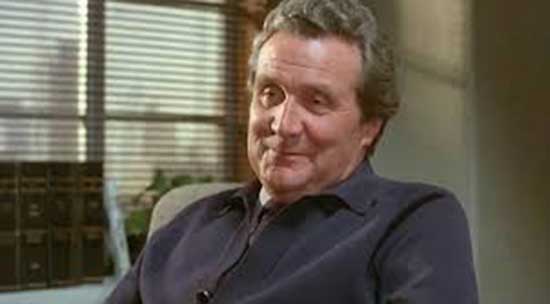 Eddie “The Mangler” Quist enjoys killing. He is an unabashed fan of his wolf side and wants to slaughter humans. The murderer even goes so far to taunt news reporter Karen White and further embrace his sociopathic nature. Not surprisingly, this werewolf loves life in Los Angeles as opposed to the forest.

Eddie Quist does not live in “The Colony,” a rural retreat for werewolves run by Waggner. He maintains an apartment in Los Angeles that serves as a shrine to all things beloved of serial killing and werewolfism. To say the city has a corrupting influence on him would be an understatement. Quist uses the underbelly of the city as a “gift” to him to commit savage murders. 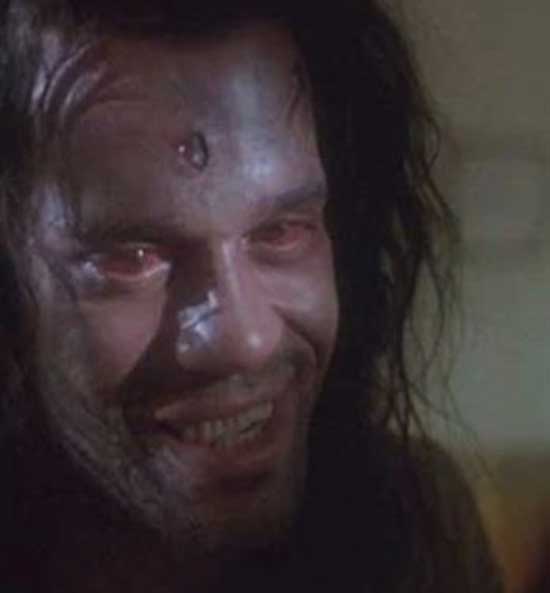 Society, human society, is so corrupt that a werewolf can tear people apart, and the incident becomes “yet another” killer on the loose.

Curiously, Dr. Waggner seems somewhat unconcerned about the events. When shown images created by Eddie Quist, Dr. Waggner plays stupid. Waggner knows that Eddie Quist is a murderer, and he does absolutely nothing to stop Eddie’s reign of terror. The inaction raises questions about “Doc’s” motivation. Does he see Eddie as a person who is irredeemable, and lets him commit murders to avoid prematurely exposing the existence of werewolves? Does he think that Eddie is saveable and feels that maybe it’ll take more time?

Perhaps there is a more sinister and selfish reason behind the doctor’s desire to keep quiet about Eddie and the reporter. He may not want people to realize his theories about “gifts” reflect failed concepts. Exposing the murderous tendencies of the werewolves also exposes Dr. Waggner’s inadequacies. Who cares that he wrote a book and produced all the self-help babble? The werewolves are still killing people. Worse, the most high-profile murders took place under the doctor’s care. 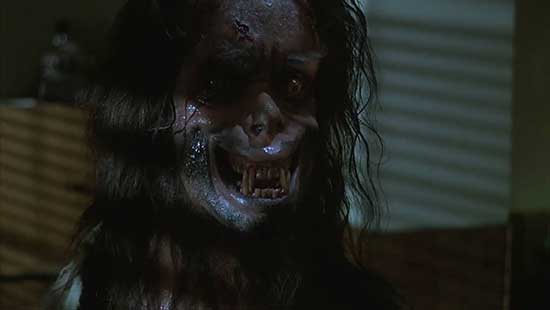 Or, is Waggner still beholden to his wolf side?

Does the doctor see werewolves as superior to humans and sees benevolent co-existence coming from a position of power? Waggner doesn’t worry much about humans who die. When it comes time to prevent The Colony members from killing Karen, his response is she is “world known.” Dr. Waggner makes no attempts to save her because he likes or doesn’t want any harm to befall her. He’s more concerned about drawing attention to The Colony and the werewolves.

Waggner, likely, in his past, has killed humans. Maybe he does not do so now, but he did so in the past. While wishing to move beyond “all that,” he understands the nature of the werewolf and his brethren’s attitudes.

Earlier in the film, Marsha, Eddie’s sister, mentions she doesn’t want the doctor “getting” into the mind of her brother, T.C. Maybe this is because Eddie turned out to be such a failure. More likely, Marsha considers the entire “get along with humans” mentality absurd. Marsha not only embraces her wolf-side, but she also embraces her role in the forest. Eddie is a hunter. T.C. is a tracker. Marsha is the leader of the Quist pack. She prefers a more wolf-like existence and finds the idea of living with humans abhorrent. Marsha is at home in her rustic cabin. The purpose of moving to the city would be obnoxious to her and out of place. Wolves do not belong in cities.

Marsha sees the failure in Waggner’s “channel your energy” nonsense. Eddie moves to the city and cannot leave his predatory attitude in the forest. So, he’s running around, causing chaos and risking exposure. He cannot “live with them or fit in with them,” two notions that make Marsha sick.

And she seems to grow tired of what might be Waggner’s ultimate plan.

The Location for Rebirth

In The Howling, why are there so many werewolves, and yet they remain a myth? The Colony may very well be a breeding ground for them. What is more likely, Waggner lures werewolves from all over the world to move The Colony, or he convinced a small number of werewolves to expand their numbers by turning chosen humans?

Karen nor her husband, Bill, were werewolves upon their arrival at The Colony. And both would become werewolves during their stay. Bill was turned on purpose. The werewolf that bit him had no intention of killing him. Why does this incident occur? Does Waggner see “the gift” as something that should best be bestowed upon deserving people?

Waggner does want werewolves to move away from killing people. Hence, as Earl (John Carradine) contemptuously puts it, “Raising cattle for our feed.” That may be phase one of softening a werewolves image. Phase two could involve revealing to the world a beloved news reporter, a decent person, is also a werewolf.

“The Doc” did have an interest in Karen and also maintained a relationship with Eddie Quist. We assume that the attack in the adult bookstore involved an attempt to kill Karen. How do we know that the initial plan focused on biting and turning Karen? Perhaps after failing at that plan, Waggner decided odds were greater of succeeding at The Colony.

Things point to a setup with Eddie Quist as an unknowing pawn. Waggner may have manipulated Eddie into drawing Karen into a trap. Keeping Eddie from killing may not have been possible, as Waggner has yet to “save” Eddie. That doesn’t mean Eddie wasn’t useful. The roots of Marsha’s rage could even derive from resentment over Waggner’s manipulation of Eddie. 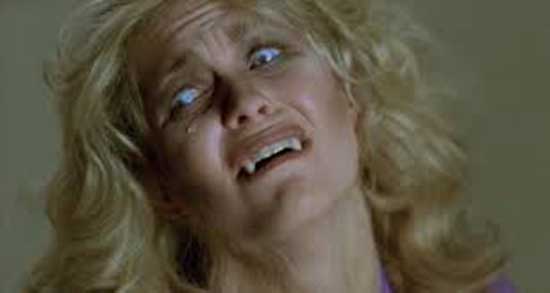 Things do not work the way Dr. Waggner intended. At the conclusion, he allows himself to be killed and accepts his fate. Death becomes his “gift.” Things could never work out as Waggner wanted because the “gift” socializing, domesticating, and even supplicating werewolves is absurd.

“You can’t tame what’s meant to be wild,” intones Earl to Dr. Waggner. As a therapist, Waggner should also realize you can’t help someone who doesn’t want it, be he or she, wolf or human. 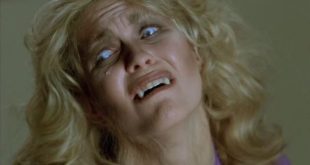 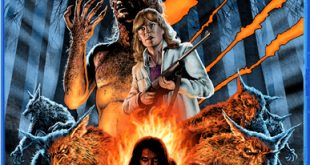 Scream Factory Releases The Goods On THE HOWLING 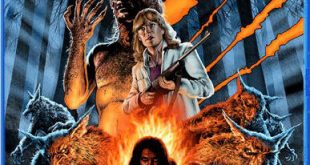