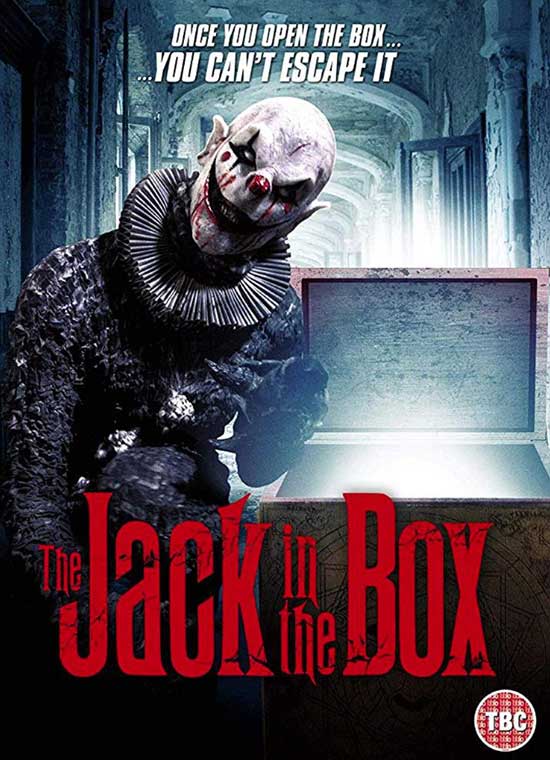 When a vintage Jack-in-the-box is un-earthed and opened, it’s new owners soon have reason to believe the creepy clown doll within has a life of it’s own.

The Conjuring cinematic universe has had a good go at making the everyday and mundane seem scary. Whether we’re talking about houses in The Conjuring, nuns in The Nun, or England in The Conjuring 2. The most recent entry in the Annabelle series – which does for dolls what Dr Giggles did for the pharmaceutical industry – sees the demonic toy surrounded by a whole plethora of USPs begging to be dumped into a profitable franchise of their own, including samurai suits of armor, televisions and those weird monkey toys where they bang cymbals together. You literally only ever see them in films. You know the ones I mean.

Anyway, I digress. Writer/Director Lawrence Fowler (Curse of the Witch’s Doll) appears to be trying to cash in some of that goodwill towards franchise building with his own effort, The Jack in the Box, which is centered around a haunted version of the titular toy.

The film stars Ethan Taylor (also from Curse of the Witch’s Doll) as Casey Reynolds, an American working overseas at the fictional Hawthorne Museum in England. Casey, we later learn, is running from his own guilt and punishing himself for not coming to his girlfriend’s aid when she called him just before getting murdered. At Hawthorne, Casey can bury himself in his work. Quite literally. Working in the museum’s clearance section, Casey’s job is to catalogue all the stuff that doesn’t make it onto the museum shelves. Alongside his colleague Lisa (Lucy-Jane Quinlan, Twisted Guide to Life), he finds an oversized wooden box with a heavy-duty lock on it. You know the kind of lock that looks suspicious and makes you think, ‘yeah, I should probably leave it alone.’ One of those kinds of locks.

Having apparently never seen any kind of horror movie, the duo unlocks the box and in doing so, unknowingly releases a demon into the museum. Once museum staff and visitors start disappearing, fingers begin to point towards Casey and the film follows him in his efforts to prove his innocence and close the box for good.

For a DTV film, The Jack in the Box is a surprisingly good-looking affair. While working to a limited budget, Fowler manages to instil a proper sense of horror into the film which just about covers the cracks elsewhere. Robert Nairne (Marrowbone), as the titular Jack, is an absolute treat. His beanpole frame and lurching movements remind you of Doug Jones at his best. No, really, he’s that fun. That’s why it’s such a shame then there are times when it feels like the film has forgotten about its antagonist or it’s trying to pad out its runtime for no good reason. Take, for example, the film’s opening stinger which gives some idea behind the murderous intent of the jack in the box. This scene is later repeated in full in act 3 with additional narration, and it’s clear that we could do with just one or the other. 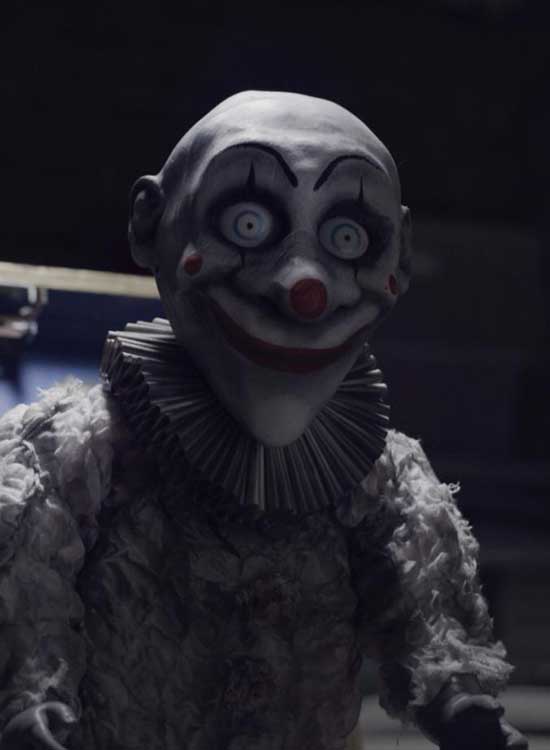 With a mixed bag of acting and a glossy sheen to it, The Jack in the Box is a strange beast. It has all the hallmarks of an average Hollywood horror and a downbeat ending that works really well. Still, it just rings hollow too many times to be worth recommending as essential viewing. It does show great promise in Fowler’s skill as a director, and it’ll be interesting to see what else he has up his sleeve. And to be fair, it’s much more of a thrill ride that Annabelle will ever be. So at least it has that going for it.