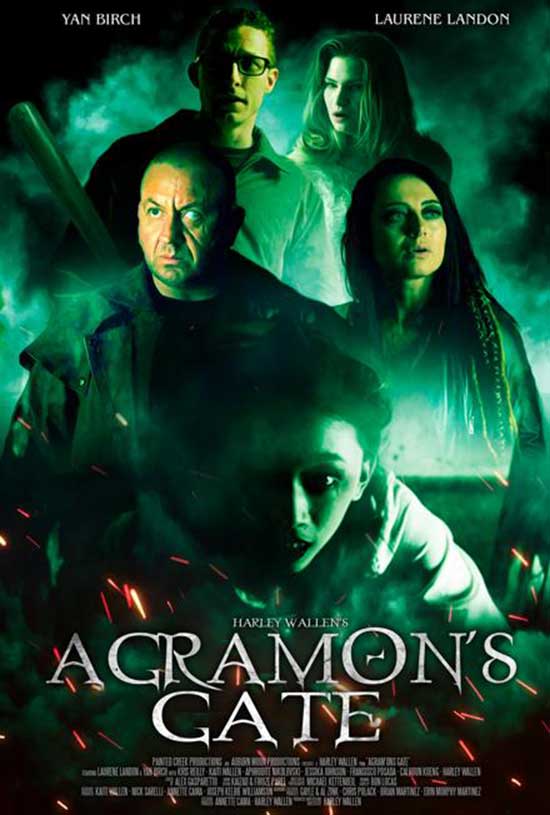 A psychic reader and Medium are invited to a party. Something goes very wrong and something comes over from the other side to haunt the people from the party. They must solve the mystery before it’s too late. Agramon will not be easy to stop.

During a party, Cassidy Stann introduces Vesna, a psychic. While Vesna sets up in another room, Cassidy and her husband, Richie, discuss participating in a reading with another couple. Seems Richie is not a fan of supernatural issues due to a tragic past and does not want to participate in an individual reading.

Instead, a séance gets underway. One lady’s grandmother pops in to say “Hi!”. After a bit of “dead” air, another spirit appears, focuses on Richie, and bursts free of the circle of party members.

After a series of minor supernatural incidents, Vesna brings in assistance in the form of Zeb, a fellow who seems to be on the fighting front of a struggle to keep demons from hunting humans. Turns out that Richie and his friends are not being stalked by the spirit of his dead father. Instead, they allowed a demon named Agramon to escape.

Agramon is the Demon of Fear. It uses a person’s deepest fear, amplifies it, and either wrecks the person’s will to function due to fear or pushes the person to end their own life to stop the assault.

Richie, Cassidy, and their friends are stalked as the demon causes havoc in their lives.

Not every movie is a great movie. Some are so poorly put together that you wonder why the cast and crew bothered. Some are just okay. “Agramon’s Gate” could have been okay, but it seemed to stumble more than stride.

The overall narrative attempts to wedge in as many supernatural/horror film tropes as allowed on the budget. While that sounds workable, it simply results in the film being diffused when focusing on one or two main ideas would unclutter the story and keep the film from having pointless red herrings or scenes that go nowhere.

An excellent example of this is two young women who were part of the séance, but they apparently left so little impression that including their separate storyline seems not only repetitive, as they go through the same cat-and-mouse routine both Richie and his friend Cameron are already experiencing, but is also unnecessary in a film with pacing issues even when it does focus on the core characters.

Scenes seem to drag. Lines of dialogue, entire sections, are repeated to no noticeable effect other than to leave the viewer confused. What seems to be emotional pauses during conversations turn into “Did they forget their line and then forget to trim the scene?” moments.

Apply the casual incongruities to the rest of the film. Richie and Cassidy’s best friends are attacked by Agramon in their own home. We see the demon holding Cameron by the throat as Cameron’s eyes go solid black, and his wife recoils in terror. A few moments later, Cameron and wife arrive at Richie’s house but don’t mention the attack or that Cameron was possessed or how in Hell they got away.

Editing problems? Script problems? Not sure, but these issues kept the film from creating any immersion.

While “Agramon’s Gate” can be a chore to watch, there are a few bright points.

While the idea of another series of films about hunters of supernatural beings and events is not novel, the characters of Zeb and Vesna would make for good characters to hang a mythology around and have them battle various enemies. Not saying it would be high-caliber entertainment, but it could find an appreciative audience to follow it.

Those two characters stand out from the dull film due to the actors in the roles. Aphrodite Nikolovski plays Vesna in an understated manner with a thick accent that becomes appealing after hearing the other cast members. She can handle action as well as emotional scenes, though the film’s budget minimizes the action. Her character’s calm nature plays well against the hot-blooded hunter Zeb, played by Harley Wallen, the writer/director/producer of the film. He makes for a solid heavy with menacing looks and stoic acting style. Sadly, the script doesn’t allow him to do much more than look tough. 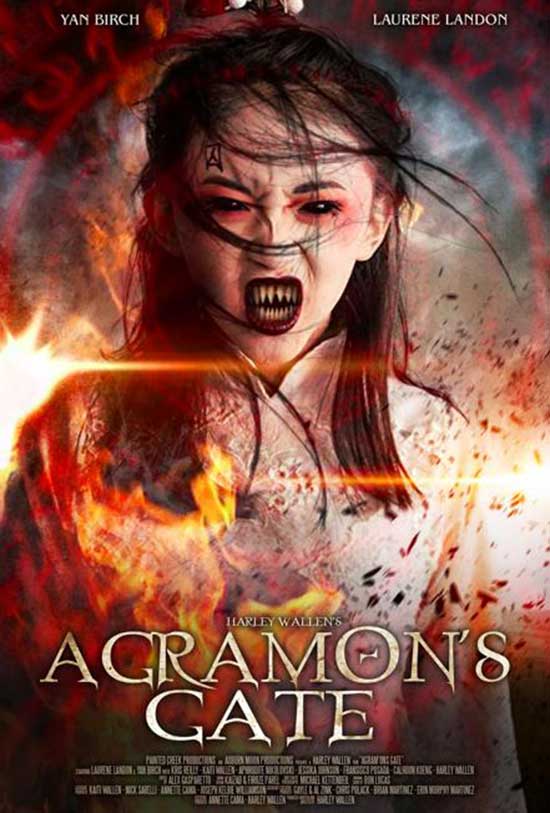 “Agramon’s Gate” is nothing new. The delivery of worn plot devices and storylines is undermined by a drawn-out run time and lackluster characters that fail to immerse the viewer in their dilemma. While there is hope for salvaging some characters for future films, the film, as a whole, is best saved for a time of horror movie famine.