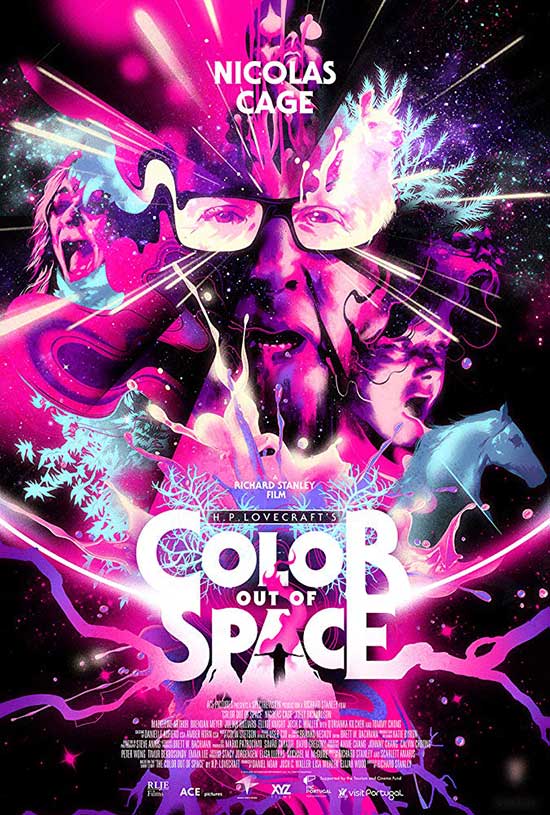 A family living in a rural home fall victim to an alien entity that arrives on an asteroid and distorts reality and flesh alike. Based on the H. P. Lovecraft story titled “The Colour Out of Space.”

Color Out of Space (2019) is a new adaptation of H. P. Lovecraft’s classic story “The Colour Out of Space” from 1927. Instead of taking place in the late 1800’s/early 1900’s, this new interpretation takes place in the present. Like it’s inspiration, however, the film features a family living on a rural farm who are present when a meteorite of unrecognizable metal lands near their well. Quickly, the cosmic visitor dissipates into the earth, and causes strange changes to the farm and family, culminating in a terrible climax. The film is directed by genre great Richard Stanley (Hardware 1990, Dust Devil 1992), who also added to a script by Scarlett Amaris in her feature length script debut. While source-material purists will be frustrated by bulk of the film, fantastic cinematography and moments of inspired practical effects, all completed by a visually brilliant climax, make The Color Out of Space 2019 a solid addition to the recent spate of Nic Cage horror oddities (I’m looking at you, Mom and Dad 2017 and Mandy 2018!) 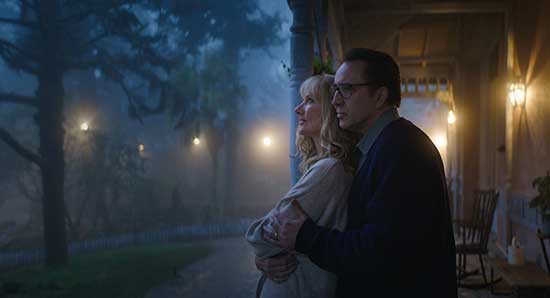 The bad news first: those Lovecraft fanatics looking for a true-to-the-original experience are going to be disappointed by Stanley and Amaris’ take. This is because Lovecraft’s original story had the monstrous space entity sucking the life from the landscape and family in a slow progression, building internal dread that ultimately becomes externally realized. Color Out of Space 2019 misses the mark on this slow-burn beginning, and instead offers an overlong start and a muddled middle where the threat is prosaic instead of mysterious. This is the failing of just about every Lovecraftian film interpretation, and this entry in the list is no different in that regard–except for that finale! The final ten minutes of COoS 2019 offers what is promised–a bizarre cavalcade of sensory horror that instigates a feeling of awe and terror the likes of which would make Howard Phillips Lovecraft proud. 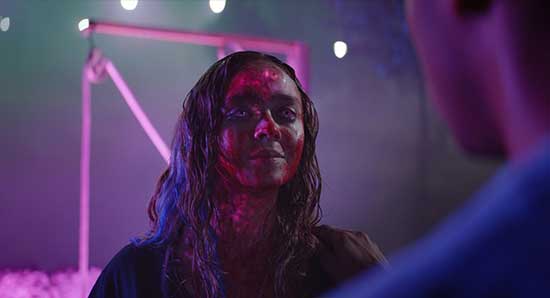 The biggest issue the nearly two-hour film has is that the first hour has almost nothing going on. Instead of getting right to the meteorite weirdness, each character is introduced and backing material is offered up—Theresa, the mother of the family (Vanessa Redgrave’s daughter Joely Richardson, Event Horizon 1997) is a breast cancer survivor, the father Nathan (none other than Nicolas Cage) has daddy issues and likes to drink, young adult son Benny (Brendan Meyer, Fear of the Walking Dead series 2016) is a stoner, younger adult Lavinia (Madeleine Arthur, Big Eyes 2014) is a Wiccan who hates rural living, and little brother Jack (Julian Hilliard, The Haunting of Hill House series 2018) has ugly glasses. 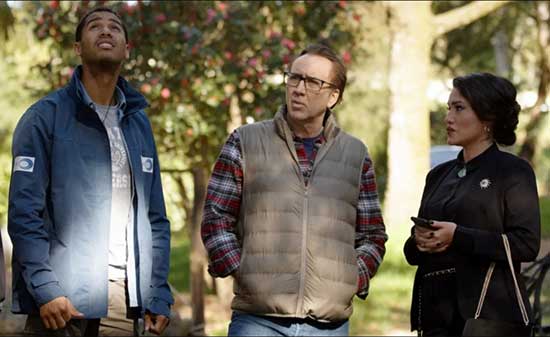 Arthur’s Lavinia serves as the primary protagonist, and the writing during this introductory first half of the film is actually quite good. However, the attempt it makes at adding internal motivation for the cast through lengthy character studies has no payoff in the second (and more eventful) half of the movie. Rounding out the cast is hydrologist Ward (Elliot Knight, Once Upon a Time series 2015), who is checking out the region’s viability to be made into a new water reservoir, and hippy squatter Ezra (Tommy Chong, Cheech & Chong franchise). All actors do their parts well, and special shout-out to Cage’s choice to play his manic episodes as Donald Trump (seriously, it’s very obvious).

In addition to the excessive setup time, the film also has zero New England vibe. This is vital to Lovecraft’s atmosphere, and filming in Portugal ruined any chance at attaining such old-world feelings. Still, the sets are nicely dressed, and the forest is lush and lovely to look at. 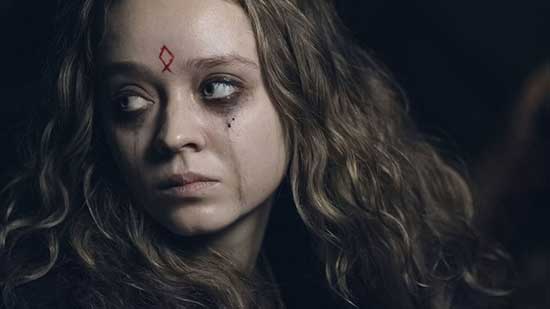 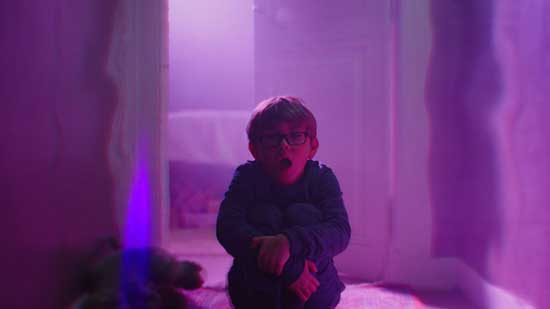 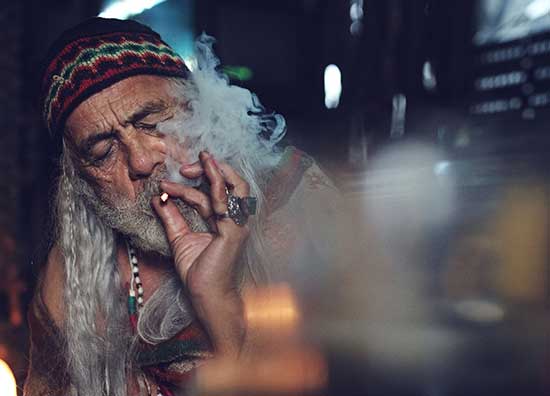 Another way the film departs from its source material is in the focus of the horror, which is shifted from the unnatural colors and growth of flora to body horror. Bodies are fused, growths appear and rashes run scaly across the cast. The effects are good, but giving cosmic horror such a tangible form is sure to anger Cthulhu-loving fanatics frustrated at the lack of creative thinking that led to the success of other difficult-to-film projects like Cronenberg’s take on Burroughs’ Naked Lunch. To them I say, “Stick it out until the end,” as it provides a fresh but appropriate taste of just such outré tactics. 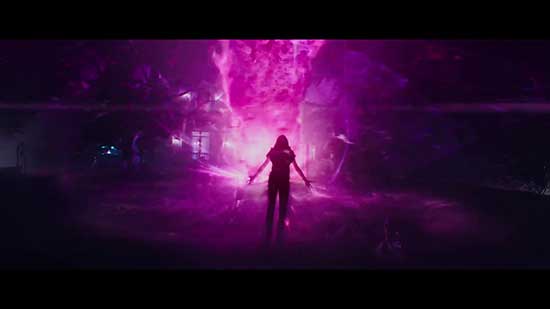 Overall, the film may feature an overlong beginning and spotty successes in it’s second act, but the finale is worth the wait, and the view on the way there is breathtaking. It’s also worth it to see director Stanley return to the horror realm where he reigns supreme, and scribe Amaris’ decision to open the film with Lovecraft’s own text (as well as integrate it at several points throughout the film) is owed an approving nod.