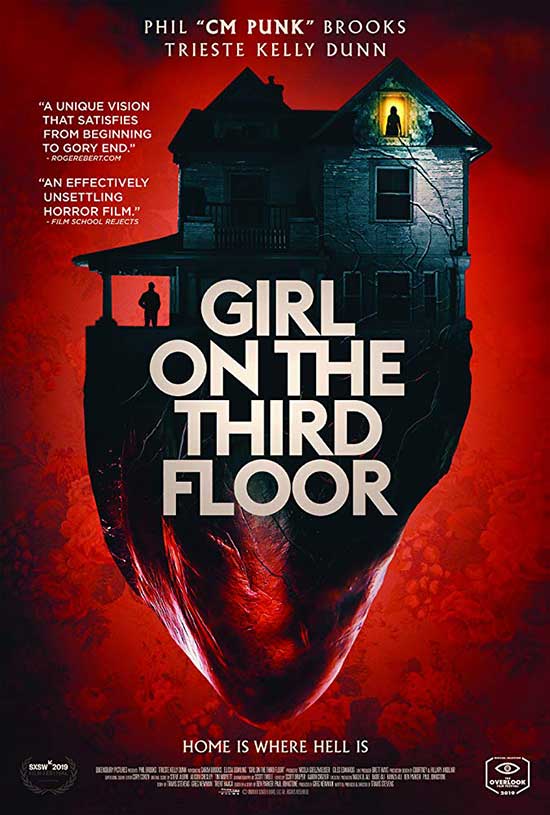 Don Koch tries to renovate a rundown mansion with a sordid history for his growing family, only to learn that the house has other plans.

Well, it seems someone has finally harnessed the power of “ick” and applied it to a ghost story in a way that makes disgusting sense.

Don Koch moves into a house that is in need of serious repair. Seems he and his pregnant wife intend to move into a small town to live a quieter life. Don decides he can spruce up the place on his own. In fact, he seems seriously committed to the project.

Turns out Don was a bigwig in the city, but he defrauded clients. He lost his position, career, and power. He avoided prison time by the skin of his teeth. At the same time, he cheated on his wife. He is in the dog house. Showing his commitment to be a better person is the point of fixing up the rundown house. 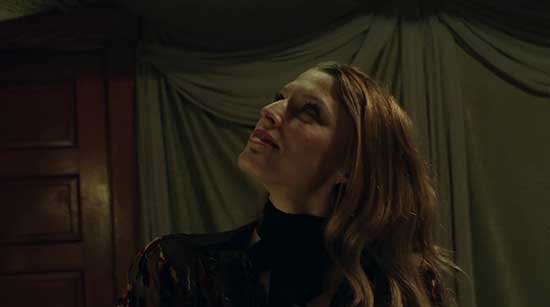 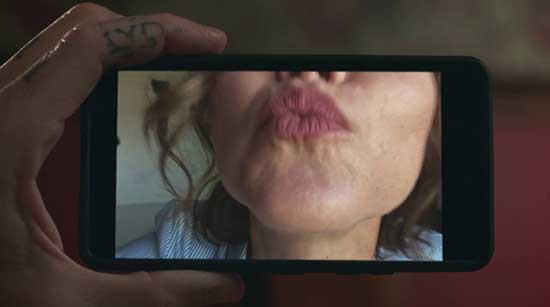 The house is literally leaking goo from various locations, some of which look like infected sores. The goop comes in various colors, from black to brown to reddish to a disturbing white that looks like – well, a certain male-produced fluid. Don spends most of his days wiping up or getting covered in the various fluids as he attempts to get the house in shape.

It seems the house has its own story. It used to be the local house of ill repute, and business was brisk. A couple of scandals and a missing prostitute may have closed the business, but the history still influences each new inhabitant, according to the pastor of the church across the street. She warns Don that the house will test the worthiness of each owner.

Don’s path to redemption hits a snag when a lovely young woman appears in his backyard. Sarah is appealingly flirtatious and rather single minded in her intentions. Soon, Don is muttering, “Married? Who is married?” as he takes the offered romp. A very, very bad choice with consequences for everyone, including the loyal family dog. 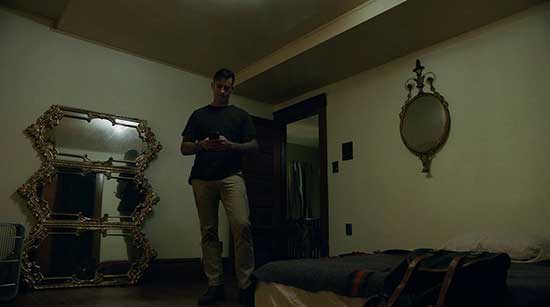 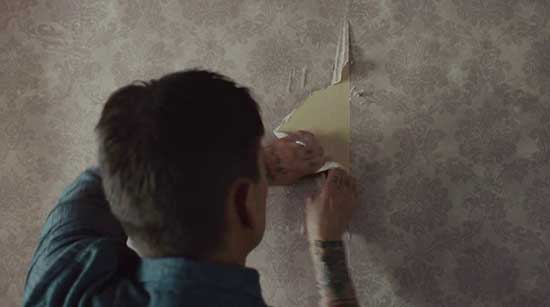 “Girl on the Third Floor” will be a nightmare for those who are triggered by bodily fluids and/or touching disgusting things. The walls of this house offer up rotted matter, blood, semen, and other things that a sane person would not touch with anything less than a hazmat suit on. Don just keeps touching, wallowing in, and getting sprayed by this horrible gunk. It can make a sensitive person squirm, at the very least.

Gross stuff aside, the film takes on the haunted house story, which one of the oldest and overused premises out there. Here, the filmmakers are pretty much all allegory, with the house and the resulting trouble showing the main character’s inner turmoil, repressed inclinations to be a monstrous ass, and basic need to learn a modicum of self-respect. Even with a pregnant wife who has suffered through each of his self-absorbed attempts to destroy both of their lives, he justifies his new infidelity with “I deserved that.” The house then takes his hubris on a tour of Hell.

If viewed as an allegory for the downfall of the American family or as a cautionary tale about toxic masculinity, “Girl on the Third Floor” is actually a funny film as you watch a guy, who seems more comic-book character than human, get abused by a house that amplifies his every indiscretion.

Watching this film as a straight haunted house tale may result in a less favorable reaction. While the plot gives you everything needed to explain the history of the house and the nature of its haunting, without the allegory angle, Don is a worthless ass who deserves far worse than he gets, especially when he goes full-blown Dan Gallagher on Sarah when her presence threatens his sense of security. (For more on Dan Gallagher and his sense of entitlement, go watch “Fatal Attraction”.) With a jerk as your focal point and taking the events of the film literally, the film becomes a tiring case of a schmuck too dense to know when he is over his head and that he should just run. 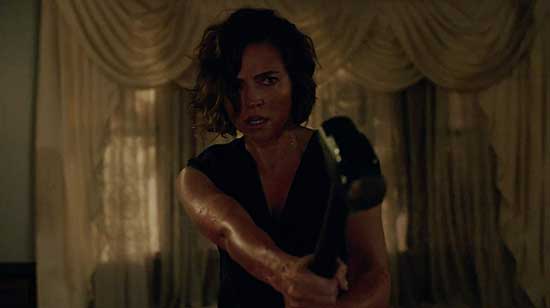 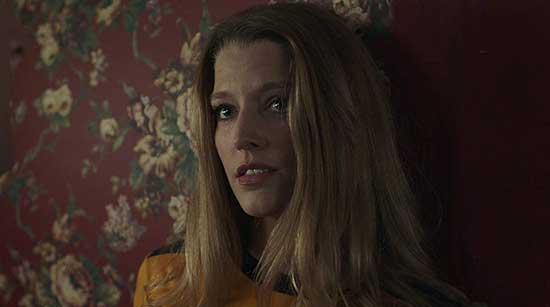 CM Punk, going by his name “Phil Brooks”, does a functional job as Don. Sadly, he never comes off as utterly believable, which is another reason to view this movie as an allegory because his odd performance then becomes part of the exaggerated imagery. Taken as a “serious” performance, Brooks feels more like a caricature than a real person. Honestly, CM Punk/Phil Brooks makes for an entertaining budget-version of Bruce Campbell as he seems well suited for physical comedy, no doubt primed by his time in the WWE.

Sarah Brooks plays the tempting Sarah as a character that revels in her sexuality while mentally dissecting her target. She is the most exciting part of the film as her character is always calculating her options. Once her full story is revealed (during a bit of stuffed-in exposition), her character’s higher motivations are clarified, and you want to sympathize with her. Brooks’ performance and the script create a character definitely worth a deeper look. 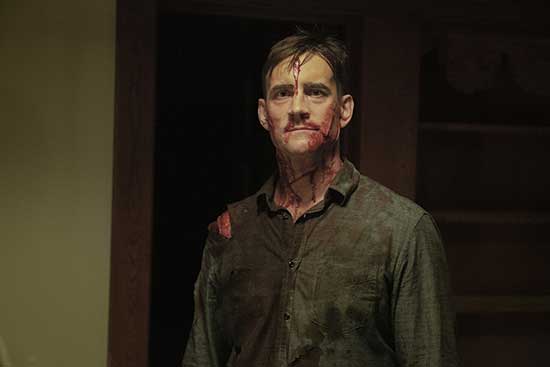 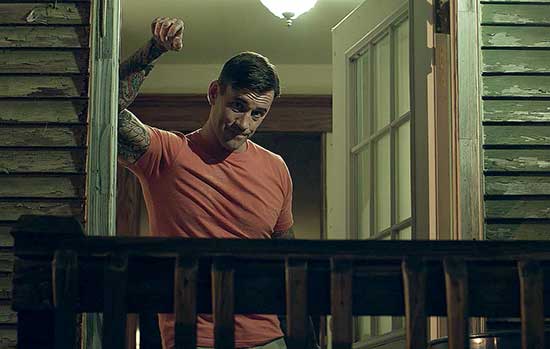 “Girl on the Third Floor” will probably split opinions. Taken at face value, it is a mildly intriguing haunted house movie with an occasional thrill. Viewed as an allegory, the film becomes far more interesting. Either way, it boils down to how much you really like haunted house tales.