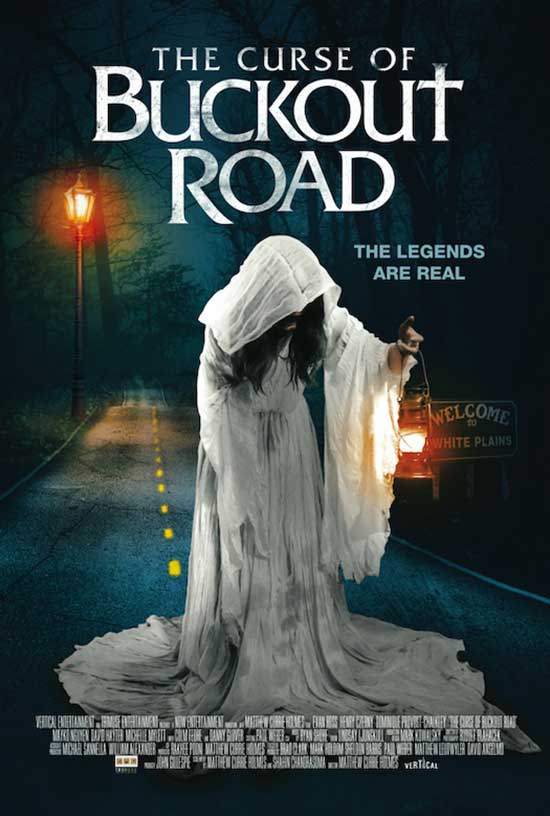 A group of strangers come together to stop their deadly dreams about a cursed stretch of road in rural America that causes suicides every 5 years.

The Curse of Buckout Road (2017) is a confusing mess of a film that, despite a strong cast, delivers uneven pacing and breaks its own rules so often it becomes nonsensical.

This is partially due to the direction by actor Matthew Currie Holmes (Traces 2017) and heavily due to the disastrous script by Holmes and Shahin Chandrasoma (Uncanny 2015), which is based off a story by actor/producer Johnny Pascucci (Iggy Azalea: The Last Song music video).

The film stars Ashlee Simpson’s husband Even Ross (The Hunger Games: Mockingjay Part 1 & 2) as Aaron, a young man returning home to his strict and distant grandfather Dr. Powell (played by the excellent Danny Glover, Lethal Weapon franchise). Dr. Powell dies shortly into the film (couldn’t pay for many days of filming, I’d wager), and Aaron thereafter learns his psychiatrist grandpa was treating a group of people having dreams about urban legends that involved the nearby Buckout Road. These dreams, it seems, threaten to lead to their eventual suicides.

After Aaron gets cozy with one of these patients named Chloe (Dominique Provost-Chalkley, Wynonna Earp 2016 series), he runs afoul of her father, Detective Harris (Henry Czerny, Fido 2006, The Exorcism of Emily Rose 2005). The young couple must then dodge the angry officer and, with the help of bumbling brothers Ganzer (Kyle Mac, Witches in the Woods 2019) and Derek (Jim Watson, The Strain 2014 series), break the dream-curse that threatens to kill them all.

The script is the most terrifying thing about this film, which tries to jam a duffle bag-full of horror plot clichés into a pants pocket. The movie proceeds to build conventions that dictate how the fictional world operates, and then dashes them to bits without explanation or purpose. At one point, the film seems to forget how many people it’s killed off, and continually claims fewer have died than the audience has witnessed. Worst of all is the end, which makes zero sense and serves only to reunite our lead duo in an unsatisfying cop out. 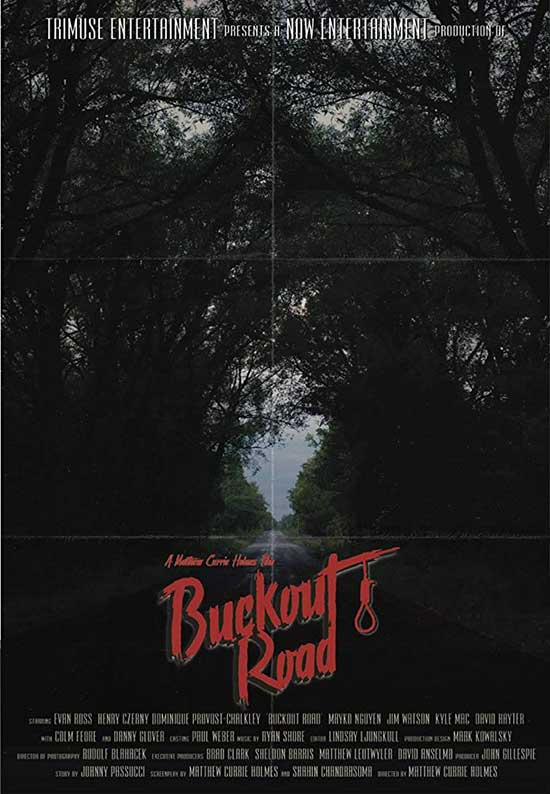 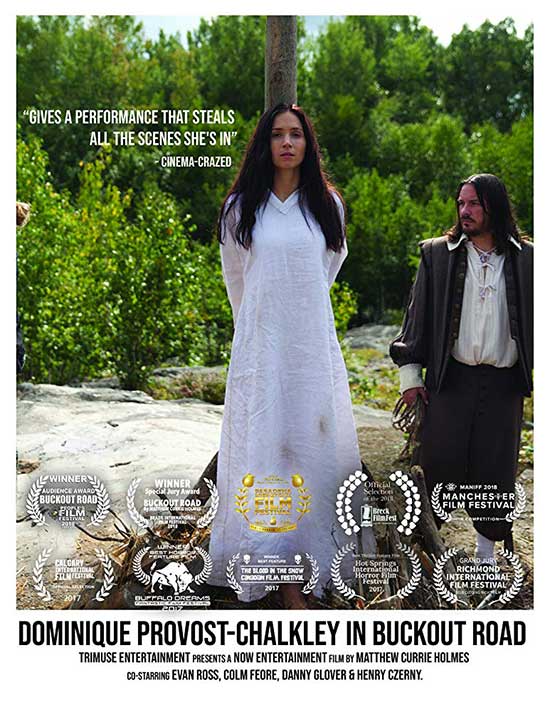 The visual style and effects are barebones and occasionally glaringly misplaced. The most egregious mistake is covering the 70’s era flashbacks with a heavy grindhouse-style dust and speckle filter, which is so ridiculous because the flashback right after it is a crystal-clear portrayal of the early states’ witch-hunting days. I guess 4K cameras were around in the 1600’s, but fell out of fashion in the ensuing decades until today. 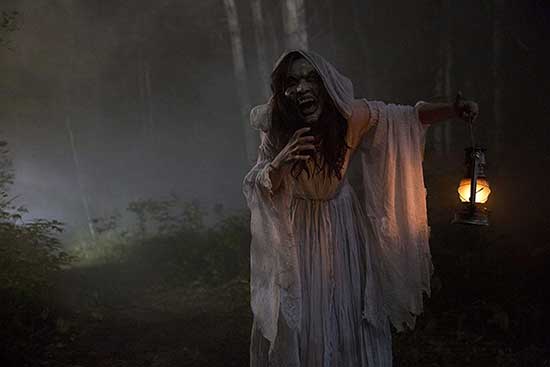 I honestly feel bad for the cast, as they are all capable and brutally under-served by The Curse of Buckout Road. Often, a bad film has some level of charm based solely on the fact that its makers poured love and soul into the film, but Buckout seems devoid of this quality. The script is full of misplaced clichés, it doesn’t make sense or respect its own world’s rules, and there are no interesting scenes that stick in the viewer’s memory. 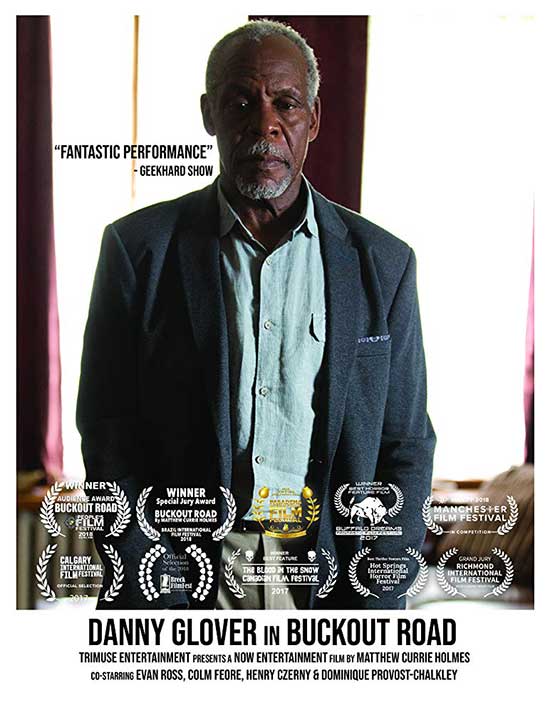 It continually says and portrays things that confound the viewer, such as when a character is relegated to a mental institution where they declare him mute, which, apparently, also means that he can’t walk and needs to be lifted into and out of a wheelchair which is never referenced or explained. In other words, if you desire something to pepper the background of your afternoon or evening with dull dialogue and zero tension, feel free to put on The Curse of Buckout Road. You can then freely engage in other activities, because no amount of focus will clarify the nonsense playing out on the screen.