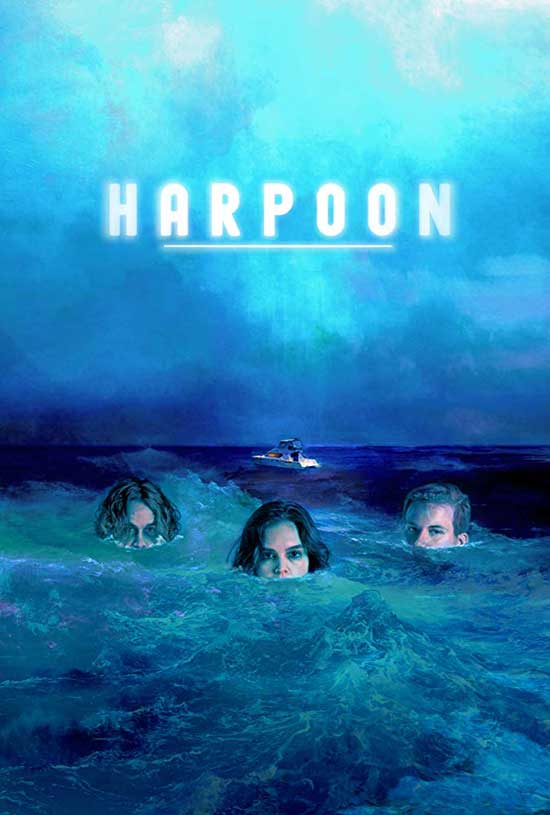 A strained friendship-triangle departs on a private boat for a pleasurable day trip, only to run afoul of secrets and violent urges.

Harpoon is a surprisingly fun film. That should be said first, because I was not ready to enjoy it—I don’t like water-themed films, I don’t like narrators that aren’t depicted on screen, and I’m wary of budget films that try to wrestle comedy and horror at the same time (they so often miss the mark!) However, budget auteur Rob Grant (Mon Ami 2012, Fake Blood 2017) directs a script penned by himself and actor Mike Kovac (Supernatural series) with enough smarts to make a film that is funny, horrifying, and all around satisfying to finish. 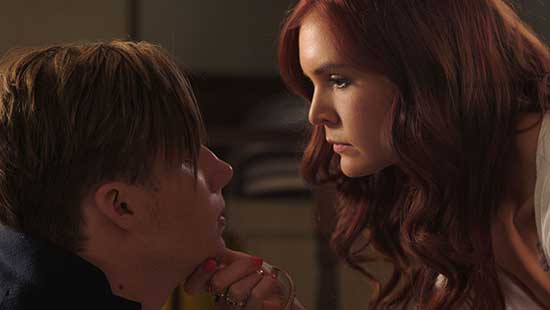 The film opens with narrator Brett Gelman (Stranger Things series, Fleabag series) introducing the films only three on-screen characters: loser Jonah (Munro Chambers, Turbo Kid 2015, Degrassi: The Next Generation series), his rich and violence-prone childhood friend Richard (Christopher Gray, The Mist 2017 series), and Richard’s nurse-in-training girlfriend, Sasha (Emily Tyra, Flesh and Bone 2015 series). The narrator gives us the lowdown on this sad thruple as Richard begins savagely beating poor Jonah for having an affair with Sasha. This halts when Sasha clarifies their hidden activities were to secure the raging Richard a birthday gift—a harpoon gun. The sullen Richard then convinces his friends to go out for a day on his boat as an apology, which literally seems like the least he could do. 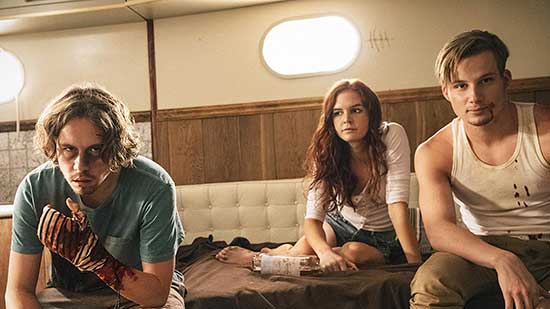 This is all setup, yet Grant wisely uses the narrator to speed up the pacing and get us to the sea, where the rest of the film takes place. His scenes are not grand but are intentional and effective, and never get in the way of the story, which is where the film packs its punch. Grant and Kovac’s script has great dialogue, and Chambers, Tyra and Gray have fantastic anti-chemistry. The character of Richard fluctuates between anger and condescension fluidly, and Sasha fits the bill as a no-nonsense nursing student who scowls a lot and has resigned herself reside with damaged company. Chambers, for his part, feels like the born-to-be-down friend we’ve all had (or been), who can’t catch a break and doesn’t mind telling you about it. Each character is delivered up as a stereotype, and expertly expanded like the rising of bread dough until they’re a fully developed person. 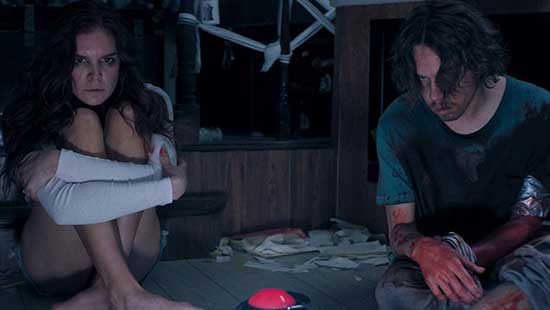 There are some small rough bits in the movie, though, most of which come from the intrusion of Gelman’s narration or the title screens that indicate the different “parts” of the film (part 1, part 2, etc.) These aren’t enough to derail the film’s progress, but they do seem unnecessary, given the excellent acting and script at work. That’s not to say Gelman does a bad job—far from it—just that it might have been avoided with a little more script-massaging. It does have its moments, though, as the narrator is used to shortcut through the exposition early on, and provide some comedy at the film’s closure. It’s wisely absent during the tensest portions of Harpoon, and a lesser director might have given in to the urge to break the tension all too soon.

Gore hounds won’t be entirely disappointed with this one, as there are buckets of blood and some nice wound effects that get nastier as the film goes on. There’s an unusual attention to makeup continuity on display, and it’s appreciated. It’s also a testament to the cast and story that the blood-strewn set doesn’t distract from the interactions between the characters, and instead eventually sinks into the background. 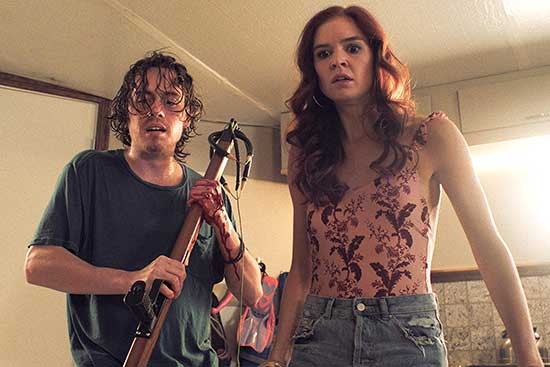 Overall, Harpoon is one of those films that will be a great watch with some friends—especially in a group with squeamish types mixed in amidst the horror fiends. The horror fiends will find a new low-budget favorite, and the squeamish will find themselves watching rapt (though with growing nausea) to the very end.