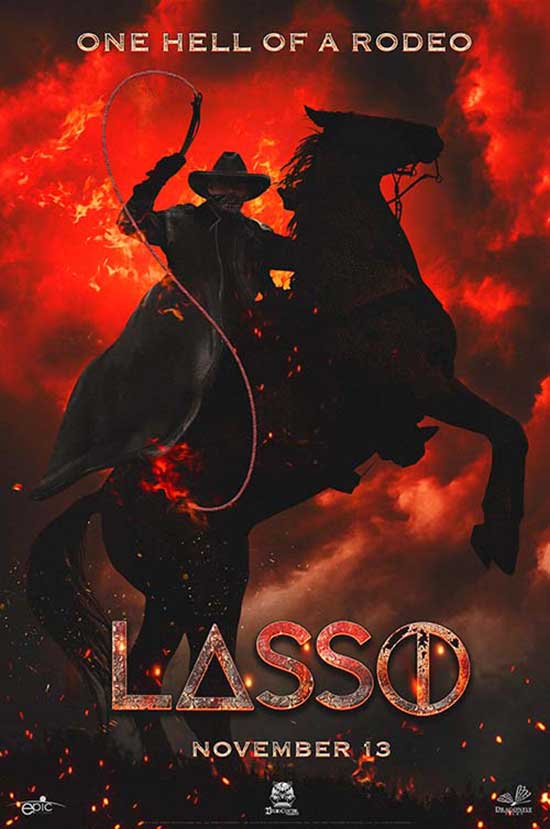 Lasso hits it out of the park!

Directed by Evan Cecil and coming to us from Epic Pictures, I have to start off the review with saying that I really loved this horror film! Often films will come in droves to my doorstep with many being either highly derivative or sub-standard (at best). When I caught wind of a new film coming my way that sets its foundation on the idea of a killer rodeo (so to speak), I will confess I was awfully intrigued by the idea. I wasn’t quite sure if this was going to be another slasher in disguise (trolling around on a horse) or something different.

In this case different is exactly what makes this film work for me. The premise begins with a group who has arrived per a Senior tour outing that entails spending the day at a local rodeo attraction. The setting is a typical fun park offering games, attractions, food, fun and an entertaining day with Cowboys and ranch hands. Not the kind of setting you’d expect an unsolicited wave of chaos breaking out. 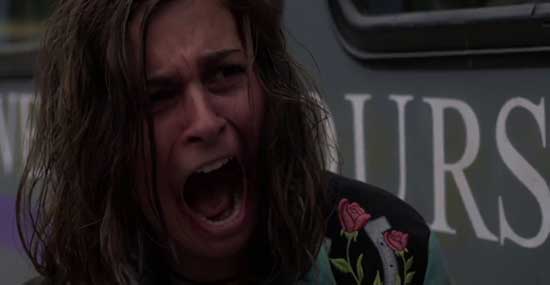 The tour guides consist of actress Lindsey Morgan as Kit and assistant Simon (Andrew Jacobs) who guide the elder guests thru the carnival-like attractions and performances. All is well and good until a manic woman comes running to the bus after being chased by a masked rider toting a rather lethal whip and claw. This essentially begins our reign of terror as the guests do their best to hightail it out there.

As the after hours set, the rodeo quickly transforms into a primal killing cage complete with angry cowboys intent on torturing, maiming, branding, and whipping the crap out of everyone who is left to face their wrath. I will mention that runners didn’t get too far…making for a gaggle of bodies to obliterate!

Now this is where the who she-bang really becomes intriguing. Per the usual crop of films who set out to induce pure terror thru violence, we are usually equipped with some sort of rhyme or reason for it all. None!, I tell you, complete madness with no motive whatsoever other than abducting folks for the “killin”.

The cowboys consist of a small band of wranglers who are more than savvy with their torture methods and devices (we assume from the day-to-day of dealing with cattle) who use every device and method they have at their disposal. 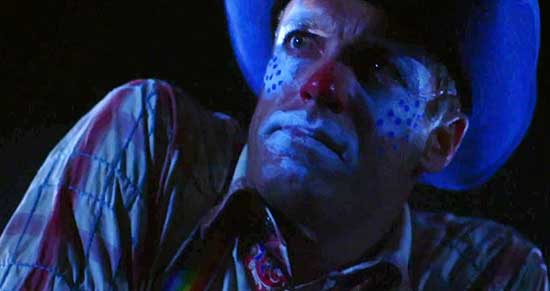 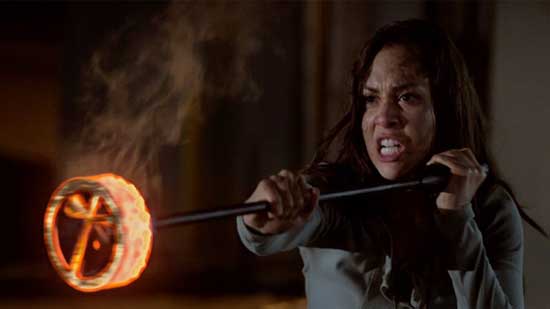 I know that some viewers may feel cheated that they didn’t get everything served on a platter to them, but I must say it was refreshing to just plain out dig into the killing in this case. The diversity and flavor of it all is nicely directed and equally impressive in the FX department. Their really is no “slow-grind” to this movie. Let’s just say, fans of slasher films will love the complete lack of compassion and remorse inflicted as these cowboys just go to town on their captives.

The film moves quite nicely as the captives and prisoners fight for their lives often leading the cowboys to some sort of one-upping (that also quickly backfires on them).

‘Lasso” is rich in pure terror and chaotic blood shedding leaving viewers to enjoy to the adventure of it all. Now as stated before, we do have a “dark shadow” looking figure that seems to be the loaded gun for the team executing his lethal whip when the moment is right. I loved the simpleness of this film and its homage to older western styles that combines nicely with a modern horror film premise.

Now we never really get to know the western characters beyond their need for violent behavior and a firm need to damage as much as they can, though in the case of this film, we really don’t need to. The piles of bodies suggest the group has been indulging in this behavior for awhile (in the same way that we never question the movie, The Texas Chainsaw Massacre’s family’s true motives.) 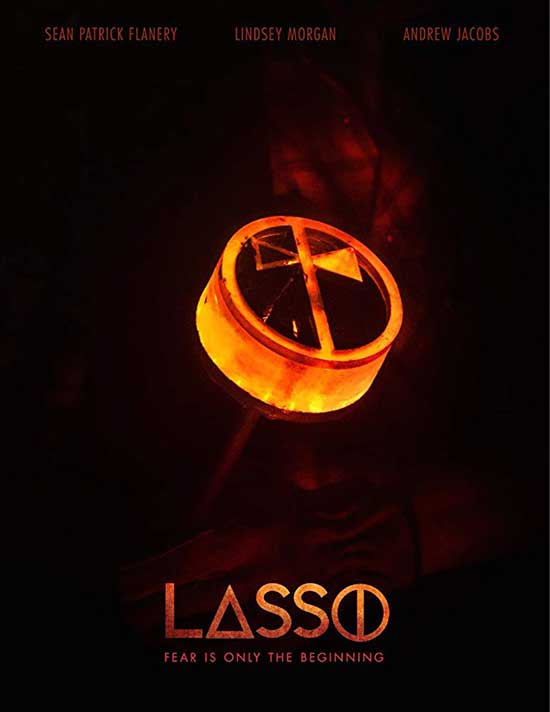 In all, this film is just “terrible fun and inventively fresh” making it a must see for horror fans. I would go the extra mile on this to suggest movie watchers make this a purchase for your horror shelf, as its guaranteed to entertain….fair enough!